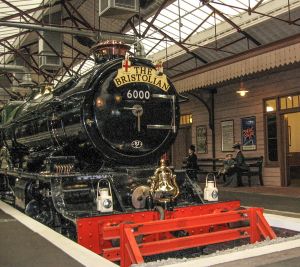 The Bristolian at STEAM

STEAM is heaven for the railway enthusiast; a journey through the age of steam and the rich history of the Great Western Railway. Located in an historic 19th century works building used by the GWR, the museum boasts famous locomotives, recreated railway scenes, and a wealth of railway memorabilia.

Swindon is known as Wiltshire's 'Railway Town' for its long heritage as a railway hub. During the heyday the Great Western Railway, or GWR as it was commonly known, was one of the largest railway companies in the world, and its main works was at Swindon. The GWR works opened here on 2 January 1843.

The GWR Works transformed Swindon from a quiet country town of some 2500 people to a bust railway town almost overnight. A railway village was built to house workers, complete with terraced houses, medical and educational facilities, a church and a pub. The Works operated from 1843 until 1986, and it was claimed that it could produce 3 locomotives per week.

The STEAM museum occupies part of restored Grade II listed works building and replaces the GWR museum that stood on Faringdon Road. One of the most interesting parts of the museum are displays covering the heritage of Swindon and its connection to the railway. There are exhibits on Isambard Kingdom Brunel, the engineering genius behind the GWR.

Railway enthusiasts will love the collection of historic engines, carriages, and rail equipment. Even if you can't tell your broad gauge locomotive from your rolling stock, you'll still enjoy the sense of nostalgia created by a series of scenic recreations that bring to life the age of steam. Tableaux show a workman hand-crafting a railway carriage, workers loading a ballast wagon, and passengers sitting patiently on a Victorian platform.

The museum holds a vast archive of railway photos, documents, audio recordings, plans, drawings, and magazines related to the GWR. See reconstructed offices, a signal box, foundry, stores, and workshops. There are interactive displays and hands-on experiences that bring the GWR's heritage to life, and volunteer stewards are on hand to answer questions.

The museum houses a collection of historic locomotives and carriages, some forming part of the National Collection organised by the National Railway Museum. Among the engines you can see are the Cheltenham Flyer, billed as the fastest engine in the world at the time it was in service. Other historic highlights include the Caerphilly Castle, built in 1923, and the Lode Star, built in 1907.

Extra images are copyright as noted, republished with gratitude under a Creative Commons license 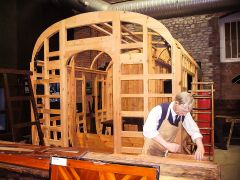 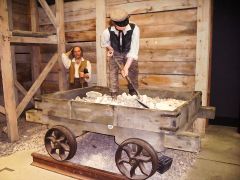 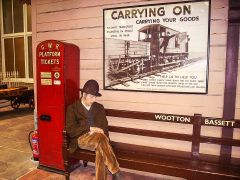 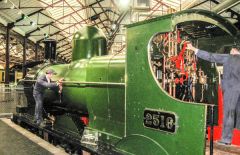 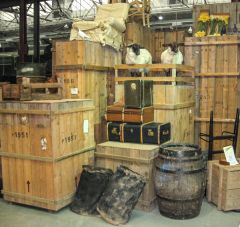 Nearest Accommodation to Steam - Museum of the Great Western Railway:

More self catering near Steam - Museum of the Great Western Railway >>

More Hotels near Steam - Museum of the Great Western Railway >>