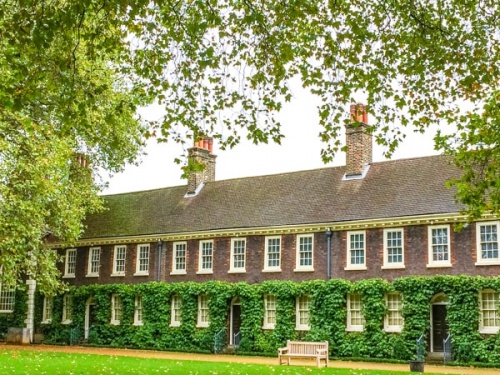 The Geffrye is a fascinating museum specialising in the furniture, art, and domestic interiors of the urban middle classes. Displays are carefully arranged in a series of period rooms ranging from 1600 to the present. The museum is housed in lovely Georgian almshouses formerly owned by the Ironmongers Guild, and surrounded by an aromatic walled herb garden and a series of period garden rooms. 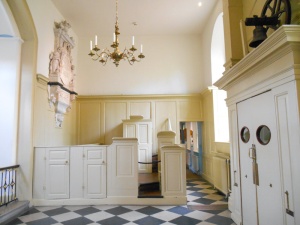 Sir Robert Geffrye (1613–1703) was born in Cornwall but rose to prominence when he moved to London and joined the East India Company. He was knighted in 1673 and became Sheriff of London the following year. He also served as Master of the Ironmongers Guild, and was named Lord Mayor of London in 1685.

It is mainly Geffrye's philanthropic efforts that are remembered today; he gave a bequest to the poor and the schoolmaster of Landrake and St Erney in Cornwall, where a school in his name is still in operation. In London he set up 14 almshouses to help widows of ironmongers. The almshouses and chapel, built in 1714, now house a fascinating museum of British domestic interiors.

The museum traces the development of domestic interiors in England through a series of 11 rooms, each decorated to represent a different time period over the past 4 centuries. The earliest chamber shows a typical room in 1630, illustrating art, furniture, and ornaments used at that time. The emphasis is on the urban middle class, and in particular how London society lived. 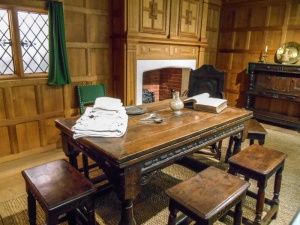 One annual highlight is the 'Christmas Past' event, where each of the historic rooms is decorated to show how they would have looked in a typical Yuletide celebration at that time period.

In addition to the regular museum exhibits, visitors can see part of the original almshouses. The 18th-century gardens surrounding the almshouses are also arranged in period 'rooms', and just like the museum interiors, the garden areas each represent a different time period. So the museum is both indoors and out.

The Geffrye collects objects that illustrate English domestic life and homes. The scope of this coverage is enormous and includes everything from wallpaper to pets, how homes were heated, regional differences in furniture, home lighting, domestic technology, and reading and writing at home. The museum offers a truly outstanding series of time capsules of British life, showing how family life and our homes evolved and changed over time.

The 'Life in the Living Room' collection covers every imaginable aspect of domestic life, with displays of textiles, walls, how townhouses are built, flooring, and home entertainment.

The museum is open year-round and is free to enter, though there is a charge for the special exhibits area. 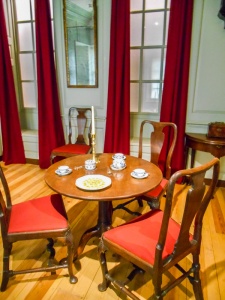 I can't praise the Geffrye Museum highly enough. As my family will tell you, I am not a museum person; 10 minutes staring at glass display cases makes my eyes glaze over. But I loved the Geffrye Museum. Not only do the room settings show how family life for the 'middling classes' changed over the centuries, but the information on each time period is superb, and very clearly presented, so you come away appreciating why styles changed, and how people lived.

I can never walk down a city street again and see the houses with the same eye; I now understand why the houses look the way they do, how they were used, and how the families lived there at different time periods.

There is a wealth of information on each time periods, including audio recordings of historical writing by contemporaries, describing each period. For example, you can hear what a foreign visitor to London thought about the British mania for having a garden. The museum also does an excellent job of showing how the concept of a family changed, and how the roles of women and men altered over time.

One added bonus that I hadn't anticipated was the original almshouse chapel, which is preserved in its original location at the centre of the museum. On the wall looking down on the pulpit is a memorial to Sir Robert Geffrye and his wife. The Geffrye's are buried in a small courtyard just off the historic herb garden, along with other members of the Ironmongers Guild and several residents of the almshouses.

The Geffrye is not just one of the most enjoyable museums in London but in the whole of the UK. It is not large, but I dare you not to linger and spend much more time here than you thought you would!

The Geffrye Museum closed on 7 January 2018 for a 2 year, 18 million pound redevelopment project. The museum is due to reopen in spring 2020.

The main museum building and the historical gardens behind the building will be closed throughout the redevelopment, however there will be an ongoing programme of events and activities in the front gardens and the restored almshouse will be open for guided tours on specific dates throughout the year. 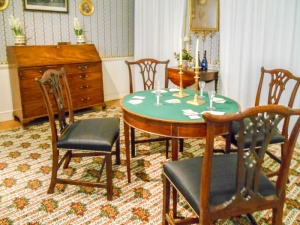 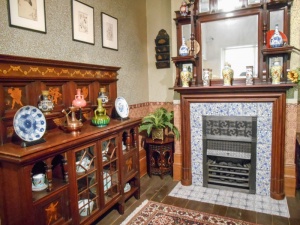 An 1890 room in Aesthetic style 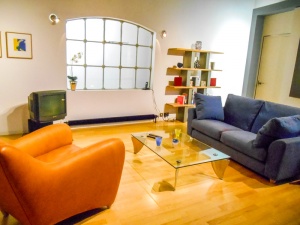 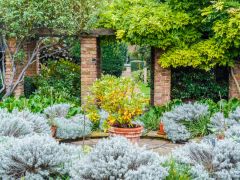 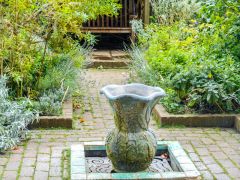 More self catering near Geffrye Museum >>