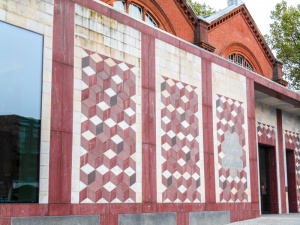 An outstation of the Victoria and Albert Museum, this fascinating museum in Bethnal Green houses the national collection of toys and games, children's clothing, nursery furniture and baby equipment, dolls and dollhouses, toys and costumes of childhood. Hands-on exhibits include rocking horses, windup trains, and gravity-powered cars, among other delights.

Not every exhibit is old fashioned; exhibits include modern toys and a fascinating 'Cube of Childhood', an extraordinary modern sculpture like a multi-dimensional doll-house! Visitors young and old can try their hand at various games, including a gear-driven robot and 'painting' with magnetised iron filings. There is even a sandbox filled with traditional seaside buckets and spades.

The Museum started in the 1860s when a prefabricated iron structure originally intended for South Kensington was moved to Bethnal Green. The building was faced with red brick and decorated with murals depicting the arts. The distinctive interior tiles were laid by women inmates of the Woking prison. At first the museum housed collections from the Great Exhibition of 1851, and the huge art collection of Sir Richard Wallace (now The Wallace Collection). 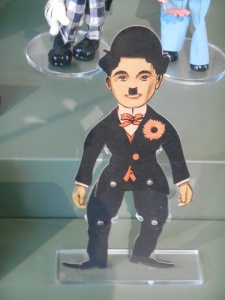 It was only in the 1920s that the museum began to build a collection focused on childhood in Britain, and childhood objects were collected or transferred from the Victoria and Albert Museum. In 1974 the focus on childhood became the official raison d'etre of the Bethnal Green museum. In 2007, after a brief closure, the museum re-opened as the V&A Museum of Childhood.

The museum features a program of special exhibits, including toys from other countries and cultures, and toys made especially by children for the museum.

The Britain Express family visited the museum in mid-September, with our children, aged 20 and 14. Our children (and the adults) were fascinated with the exhibits, and I can only imagine how younger children would find it an entrancing place.

There is a very good mix between hands-on activities and displays of historic toys. Our group loved the gear-driven robot, and the exhibit that let you create art using iron filings, with a magnet as a paintbrush.

One thing the museum does very well is showing examples of toys used by children from around the world, from Indonesian puppets to an exquisitely carved Chinese rock garden sculpture made in 1780 from ivory, wood, and mother-of-pearl. There is a good mix of time-periods, though most of the toys were 19th and 20th centuries. If you explore as a family group, be prepared for questions from the children about whether the peculiar old toys were around when you were a kid!

A very minor quibble is that the upper floors, where the main exhibits are located, are kept at a fairly low light level. This is probably to preserve older objects from light damage, but it does make some of the exhibits appear a bit dim and the signs harder to read.

Though I've mentioned primarily toys and games, there is more to see than playthings; there is a section of childrens' fashion over time, plus educational toys, and technology like stereoscopes, magic-lanterns, and microscopes.

For a different look at childhood, I recommend the National Trust's Museum of Childhood at Sudbury Hall in Staffordshire, which explores the role of children in industry during the Industrial Revolution. 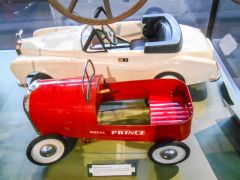 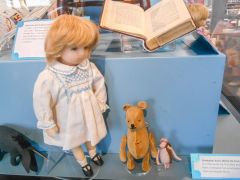 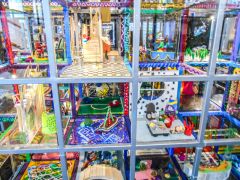 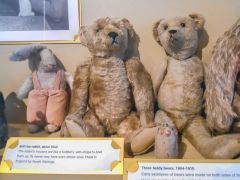 More self catering near V&A Museum of Childhood

More bed and breakfasts near V&A Museum of Childhood