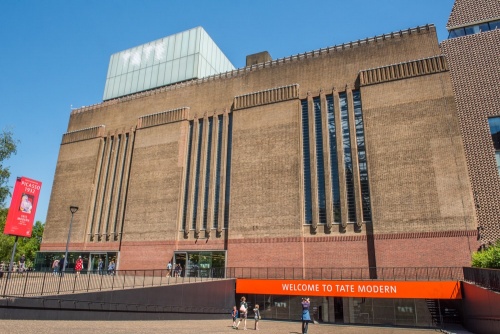 The former Bankside Power Station is the home of the "Tate #2", the Tate Gallery collection of international modern art, including works by modern masters like Picasso and Cezanne.

The core of the Tate collection is British art from 1900, with modern and contemporary art from international artists. The collections are housed in the iconic Bankside Power Station, begun in 1947 to a design by Sir Giles Gilbert Scott. The power station closed in 1981, but was remodelled to house the Tate collections of modern art and reopened to the public in 2000.

The exterior of the building is industrial, reflecting its original use, however, the original building was given a new facade made of over 4 million bricks, separated by vertical slit windows to bathe the interior in light. The bottom 4 levels of the 7-storey building are given over to public art displays. 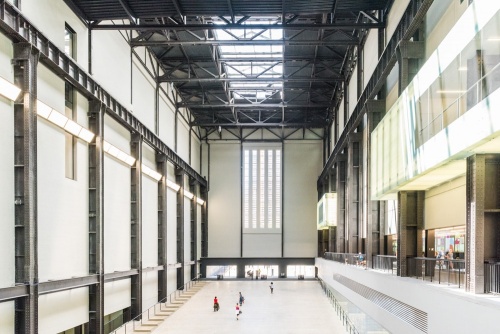 There are 4 main wings, each dedicated to a theme. Some galleries in each wing exhibit permanent works, while others have a changing display on the theme of that wing.

The actual themes in each area have changed several times since the museum opened. At present the thematic arrangement includes 'Poetry and Dream', focussed on Surrealist works, Energy and Process, with a focus on Arte Povera, Transformed Visions, with a focus on Abstract Impressionist art, and Structure and Clarity, dealing with abstract art.

It is fascinating to see how the museum incorporates the industrial heritage of the site into the public galleries. The Turbine Hall, which housed electrical generators for the power station, is now home to temporary display of specially commissioned large art installations. Another reuse of industrial space is The Tanks, 3 large oil tanks converted into video art spaces. 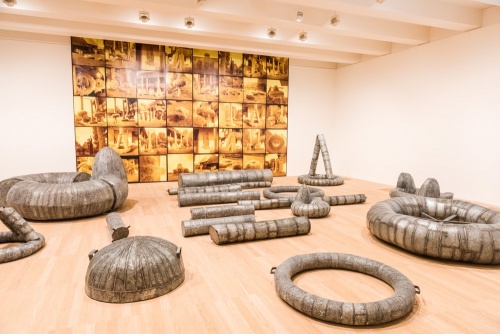 The Solemn Process, by Anna Lupas

The easiest way to visit the Tate Modern is by tube to Blackfriars station, while Southwark is a bit further away. Or you can travel by tube to Mansion House or St Pauls on the north side of the Thames and take the Millennium Bridge across the river. There is also a passenger boat service from Bankside Pier connecting Tate Modern to Tate Britain.

The collections are huge, with every style of modern art represented. Among the more famous artists represented are Picasso, Cezanne, Ernst Kirchner, Paul Klee, and Robert Delauney. 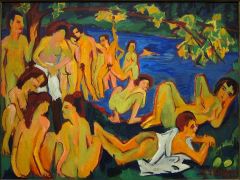 More self catering near Tate Modern >>