HERITAGE HIGHLIGHTS:   One of the oldest testing machines in the world still in working order 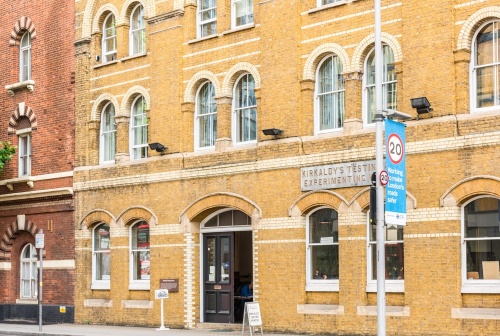 In 1874 a Scottish engineer named David Kirkaldy built a 'testing house' in Southwark, London and installed a large hydraulic machine to test the tensile strength of industrial components such as steel. Kirkaldy (1820–1897) was the first person to establish a systematic method to test the new materials that sprang into use during the Industrial Revolution.

Today, Kirkaldy's testing house at 99 Southwark Street in Bankside is preserved as a remarkable piece of industrial heritage, with many of the original Victorian testing machines still in working order.

David Kirkaldy was born near Dundee in 1820. He began his working life at Robert Napier’s Vulcan Foundry Works in Glasgow where he quickly showed an aptitude for draughtsmanship, rising to become the company's top draughtsman.

While he was employed in the drawing office at the Vulcan Works, Kirkaldy began experimenting with ways to evaluate the tensile strength of materials. With the Industrial Revolution, new materials such as steel were coming into widespread use. 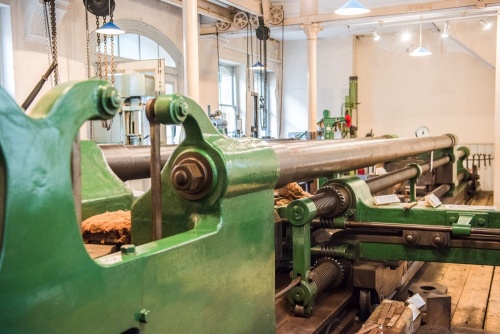 The attributes of these materials, however, were poorly understood, and Kirkaldy reasoned correctly that there needed to be a way to consistently and scientifically test materials for their tensile properties before they were used.

The results of his experiments were published in 1862 as 'Results of an Experimental Inquiry into the Comparative Tensile Strength and other properties of various kinds of Wrought-Iron and Steel'.

The Napier company were not convinced of the value of Kirkaldy's work and refused to let him continue his research. Frustrated, Kirkaldy left the company in 12861 and spent several years studying ways to accurately test materials.

In 1865 he designed his own hydraulic testing machine and had it built at his own expense and delivered to a rented premises in Southwark, London. In the mid-Victorian period, this area of London was a hive of industry and Kirkaldy's testing works was ideally located to serve his industrial clients.

The testing machine weighed 116 tons and was designed to work horizontally, using a hydraulic cylinder and ram to apply pressure to the material being tested. The machine is huge, at 47 feet 7 inches from end to end, and is still in working order. 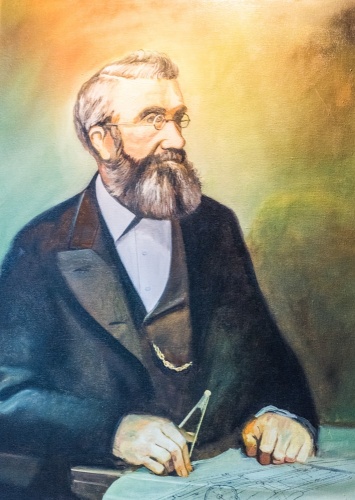 A portrait of David Kirkaldy

Kirkaldy opened his 'Testing and Experimenting Works' in 1866 and moved into a purpose-built facility in Bankside in 1874. Over the entrance of his works he carved the words 'Facts not Opinions'.

Kirkaldy gained an enviable reputation for accuracy and integrity in testing new materials. He grew a thriving business testing materials, especially materials used to build bridges. One of his earliest clients was the engineer Joseph Cubitt, who was working on a design for the new Blackfriars Railway Bridge across the River Thames. Cubitt put Kirkaldy to work testing the timber, granite, bricks, cement, wrought-iron and cast-iron pieces for the bridge.

He tested materials for the Eads Bridge in St Louis, Missouri in the USA and Joseph Bazalgette's 1887 Hammersmith Bridge across the Thames. Another international client was the Krupp company of Germany, major manufacturers of steel but perhaps better known as weapons manufacturers.

The value of his methods was publicised in 1880 after the Tay Bridge collapsed, killing 59 passengers in a passenger rail service crossing the structure during a period of high winds. Kirkaldy was called in to test samples from the first Tay railway bridge and was able to conclusively show that the wrought-iron tie bars used to build the bridge had failed. 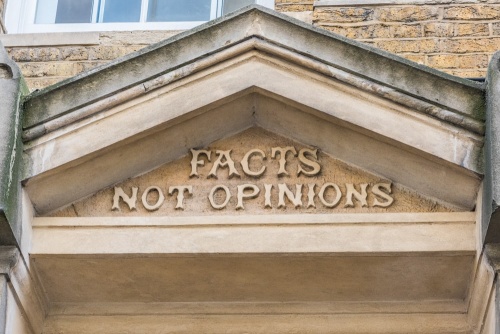 Kirkaldy began to collect items that had failed his tests and opened a 'Black Museum' of these failed materials on the top floor of his works. Sadly, the 'Black Museum' (also known as the Museum of Fractures) was damaged during the Blitz of WWII, and the materials were sold as scrap. Thankfully the rest of the testing works survived.

David Kirkaldy died in 1897 and the business was taken over by his son William. For over 100 years the Kirkaldy family ran the business. They tested the materials used to build the original Wembley Stadium in 1923 and the chains supporting the Festival of Britain's Skylon in 1951.

In 1965 the company was taken over by Treharne & Davies and continued testing on the Southwark site until 1974.

The building itself was designed by the Victorian architect TR Smith in fashionable Italian Romanesque style. The building and the testing machine are almost completely unaltered and together create a fascinating glimpse into the world of the Industrial Revolution in Victorian London.

The testing machine is one of the earliest testing machines in the world still in working order and the building is the world’s first purpose-built independent commercial materials testing laboratory. 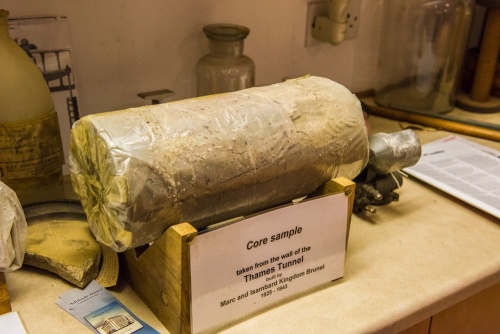 A core sample from the Thames Tunnel

Aside from the Grade II listed building itself, the highlight of a visit to the Kirkaldy Testing Museum is 'The Kirkaldy Machine', the original hydraulic testing machine designed by David Kirkaldy. This single-acting hydraulic machine had a load capacity of 1,000,000 lbs (about 446 UK tons and 500 US tons) at 6700 psi. It has a 6ft stroke and can test samples up to 20 ft long in compression or tension and up to 26 ft span in bending. The machine can also test for torsion, shear, and crushing capacity.

Aside from the main testing machine, there are several other testing machines on display, including a tension-compression machine made by the Riehle Brothers of Philadelphia, USA in 1890. This machine was used at the Mechanical Engineering Department of Imperial College London until 1985. Visitors can try their hand at crushing a cube of concrete using this machine.

Other testing machines include a 1926 hand-operated Avery machine once used by a parachute company to test webbing and parachute cords. Then there is an impact testing machine built by the Izod company, used to test materials under shock loading conditions. This machine resembles a large naval sextant.

Then there is a 1916 Charpy machine used at Imperial College London, thought to be the oldest such machine in the world. 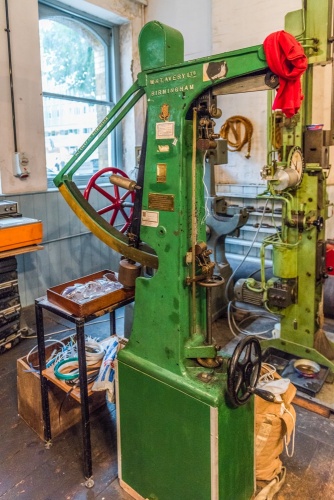 There are two hardness testing machines, made by the Brinell and Vickers companies respectively. The Brinell machine uses a steel ball indenter, which applies a specified force for a given length of time to a material, then measures the indentation. The Vickers machine uses a pyramidal diamond point to apply pressure, then the indentation mark is measured to determine a hardness value.

There is a special machine for testing the quality of cement. The cement mixture is used to create a small briquette in the shape of a dogbone with a cross-section of 1 square inch. The briquette is loaded with weight from lead shot and when it breaks the shot is weighed to give a direct measure of the force required.

Another testing device measures the accuracy of pressure gauges and there are several extensometers for measuring the extent of material extension during testing.

On display are objects from several engineering projects that the Kirkaldy company was connected with, including a pair of colourful embossed panels from the Blackfriars Railway Bridge. One unusual item is a core sample from the wall of the Thames Tunnel (1825-1843), designed by the famous early Victorian engineer Marc Brunel and managed by his son Isambard Kingdom Brunel. 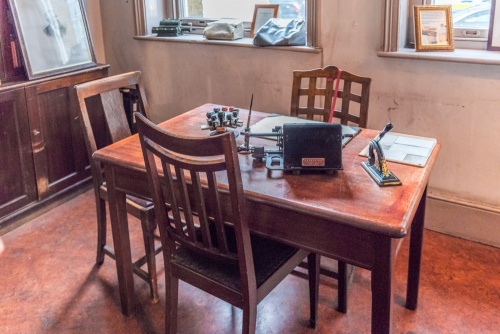 You can also see David Kirkaldy's office, with its original furnishings and company records as well as testing results documents.

The Kirkaldy Testing Museum is a delight. It is manned by enthusiastic volunteers who help maintain the equipment and provide hands-on guided tours. The museum offers a fascinating look at London in the Industrial Revolution and the essential role played by materials testing in some of the largest engineering projects of the Victorian world.

The big machine is only run during special events, but visitors are encouraged to use the smaller machines and have a go at breaking something!

The museum is located at 99 Southwark Street in Bankside, Southwark, just a stone's throw from the Tate Modern. The nearest tube station is Southwark (Jubilee line). From the station exit turn left on Blackfriars. Cross over the street and take Burrell Street east to Bear Lane.

Turn left on Bear Lane then immediately right onto Southwark Street and the museum is just ahead on your right. From the station to the museum is no more than 5 minutes easy stroll.

Be aware that the museum has limited opening times, usually on a Sunday. Please check the official website for exact dates and times. 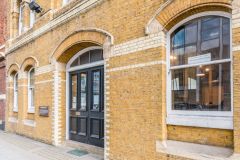 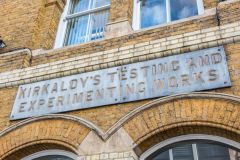 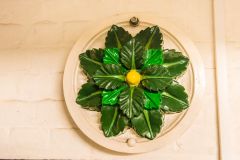 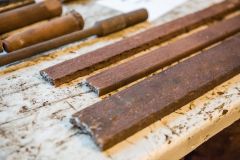 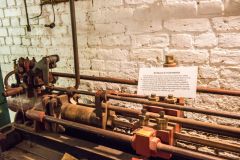 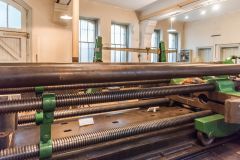 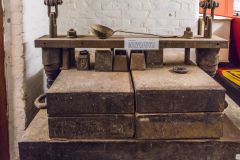