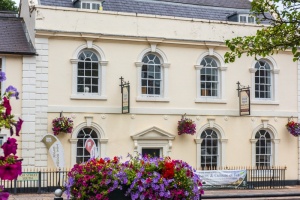 There have been inhabitants in the area of Dunstable since prehistoric times, as the earthworks and burial mounds on the chalk hills above the town attest. Later, the Romans established a town they called Durocobrivis here at the junction of Watling Street and the ancient trackway known as the Icknield Way.

The Saxons abandoned the site, but in 1131 Henry I established a market town here, complete with a palace and an Augustinian priory. A Dominican friary was later established directly across the High Street and the monasteries were forced to compete for donations from wealthy patrons.

In 1290 Eleanor of Castile, beloved wife of Edward I, died at Harby in Nottinghamshire. The queen's body was carried south to burial at Westminster. On 11 December the procession stopped at Dunstable, and the queen's coffin was guarded by canons in the Priory while townsfolk gathered to mourn at the main crossroads. After Eleanor's burial, the grieving king erected a memorial cross at every place where the procession bearing her body rested on its journey to London.

The Dunstable Eleanor Cross was erected at the crossing where townsfolk had mourned. The Cross was begun in 1291, and the work took about 2 years to complete. Unfortunately, the Eleanor Cross was destroyed by Parliamentary soldiers during the English Civil War in 1643.

The name has been resurrected in modern times to designate a pedestrianised shopping area immediately off High Street. A modern statue of Queen Eleanor stands in the shopping area, in approximately the location of the original medieval cross. 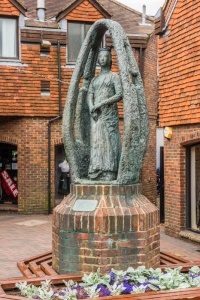 Dunstable prospered as a coaching centre before the coming of the railway put an end to that. Several fine coaching inns have survived in the town as reminders of past prosperity. The oldest coaching inn is the Saracen's Head, which may have begun as a medieval lodging house for pilgrims, built by the canons of Dunstable Priory. The Saracen's Head has an unusually long frontage because it was once three separate inns.

On High Street North is the White Horse Inn, and further along is the Crown Inn. Between the two inns is a large stone Tudor gateway that once formed part of the White Horse. Henry VIII is known to have stayed here, and the building was later used as Dunstable's first post office. On the opposite side of High Street North is the Old Sugar Loaf Hotel, begun shortly after the Civil War.

In the 19th century, Dunstable became almost synonymous with straw hat making. A few small companies opened in the early decades of the 19th century but the first London firm arrived in 1833. More followed, and shortly much of Dunstable High Street was occupied by hat-making shops.

The town's population grew rapidly, as young women flocked to Dunstable to work in the new factories. Women in surrounding villages did the straw plaiting and the plaits were then sent to the Dunstable factories to be made into fashionable straw hats. Dunstable prospered, but the arrival of cheaper straw plaits from abroad led to a gradual decline, and the last factory closed in 1931.

The local tourist information centre has a free leaflet titled 'The Hat Walk', tracing the history of the hat industry through surviving buildings along High Street. They also put out a useful 'Odd & Unusual Dunstable' leaflet that details some peculiar historic remnants in the town centre, including the site of the medieval stocks on West Street, and Knowles Benning, once the largest private house in Dunstable. 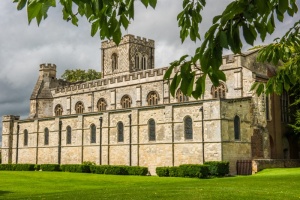 The Priory Church of St Peter has been called one of the finest examples of Norman ecclesiastical architecture in England. The west front is magnificent, with a huge entry consisting of four arches (1170) above a later 15th-century doorway. To the south-west of the church is the 15th-century gateway, a reminder of the long-vanished priory.

Inside the church, the highlight is the beautifully intricate 14th-century screen, with 5 open bays. There are quite a few funerary monuments and floor brasses, but the stained glass window depicting Henry I is a modern creation. The old west doors are scarred by Civil War shots.

It was at Dunstable Priory that the annulment of Katherine of Aragon's marriage to Henry VIII was announced in 1533. The Augustinians were evicted shortly afterwards in the Dissolution of the Monasteries, but parts of the priory church of St. Peter survived as the parish church.

The former priory grounds are now a public park known as Priory Gardens. Near the Priory church, you can see areas outlined in white paint on the grass, indicating the layout of the monastic buildings. A plaque marks the location of the monastic Lady Chapel, where Cardinal Wolsey proclaimed the annulment of Henry VIII's marriage to Katherine of Aragon. 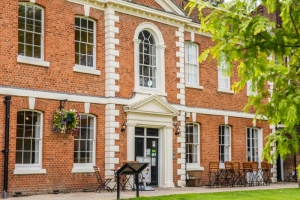 The Georgian facade of Priory House

At the southern end of Priory Gardens stands Priory House, the medieval priory guesthouse. The medieval structure has been altered over the centuries and the building now has an elegant Georgian facade. The Priory House is home to the Dunstable tourist information centre, a popular cafe, and a small heritage museum.

During the 18th century, Priory House was the home of Dr Crawley, who operated a small mental hospital with treatments based on St John's Wort, which might not have been too bad, but he also used iron filings from the local blacksmith to treat his patients.

Within the Priory Gardens is a new/old garden; a recreation of a medieval physic garden, planted with species that would have been seen in a medieval monastic garden. Monasteries often developed physic gardens to produce herbal remedies for common ailments, as well as to grow herbs for cooking and dye plants for colouring garments.

The medieval physic garden consists of raised beds planted with herbs and medicinal plants that might have been tended by the canons of Dunstable Priory. There is an area of dye plants including weld, woad, and Dyer's chamomile, a Scented Herber, and areas with plants used to treat digestion, headaches, and the liver, among other uses. 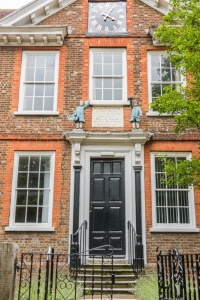 Near the Saracen's Head on High Street are a lovely set of 18th-century almshouses. The almshouses had their origins in a family tragedy; they were erected by Jane Cart after the early death of her son Thomas Chew Cart. The almshouses offered accommodation to a half dozen poor women who were regular attendees of the Church of England in Dunstable and the surrounding villages.

Immediately beside the Cart Almshouses is Chew's House, an early 18th-century charity school. When William Chew died in 1712 he left money in his will to found a school for boys. The school opened in 1715, offering free education to 40 boys, with an estate to provide 150 pounds yearly to clothe the boys, maintain the school, and pay the Master.

The Charity School was re-founded in 1880 as Chew's Foundation School. The school eventually closed in 1905. The original 18th-century schoolhouse now houses church offices while the neighbouring 19th-century extension is home to the Little Theatre.

Immediately outside Dunstable is the Chiltern Gateway Centre atop Dunstable Downs, offering lovely waymarked walks along the crest of the downs, with sweeping views over the Vale of Aylesbury. Parts of the Downs are within the Whipsnade Estate, where you will find the popular ZSL Whipsnade Zoo and the much more peaceful Whipsnade Tree Cathedral. 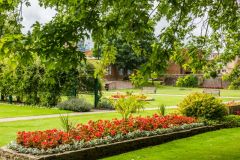 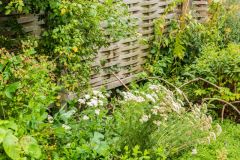 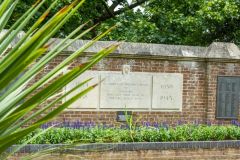 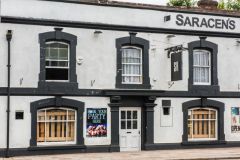 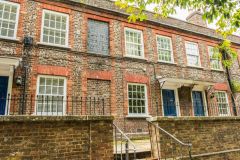 More self catering near Dunstable

More bed and breakfasts near Dunstable