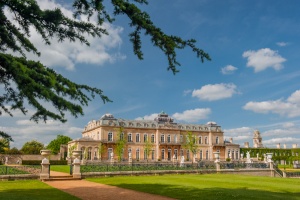 Wrest Park belonged to the powerful de Grey family, Earls of Kent, from 1280 into the 19th century. The present house here was built in 1834 and is the third on this site. It is a rare example in England of the French chateau style of architecture - built, not surprisingly, by a French architect.

The house was used in the early 19th century as a residence for the US Ambassador, but it is now used by the National Institute of Agricultural Engineering. The state rooms can be seen by visitors, and are now administered by English Heritage, who offer a program of regular historical re-enactments in the park.

Interior Highlights
The word opulent does not begin to describe the ornate state rooms on the ground floor. Among the rooms open to visitors are the Staircase Hall, the Library, and the Drawing Room. This latter room is notable for its painted ceiling, depicting rather scantily clad women; the 1830s version of adult-themed decor.

Another interesting room is Countess Henrietta's Sitting Room, furnished as it would have looked in the 1830s. One unusual feature is a conservatory, integrated into the house rather than simply built as an add-on.

There is a fascinating exhibit about the house and its owners on the ground floor, and visitors are free to wander through the glittering state rooms. There are several other rooms on the first floor which are normally only open to view if you take a guided tour (see below).

The main interest in these first floor rooms is several sets of superb hand-painted Oriental wallpaper. The wallpaper depicts rather idyllically portrayed scenes from everyday life in China, and other more symbolic Oriental landscapes. The artwork is stunning, and it is well worth taking a tour just to see the Chinese wallpaper. 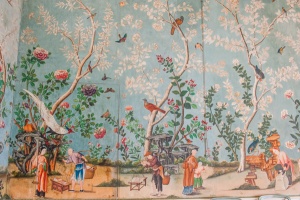 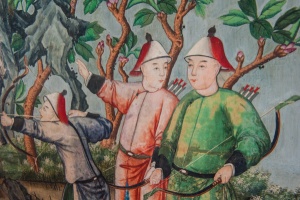 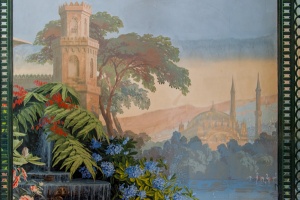 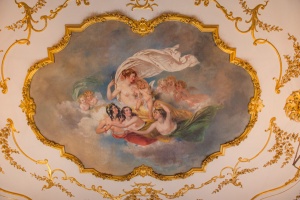 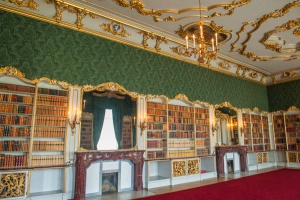 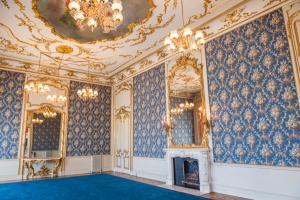 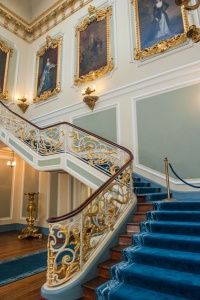 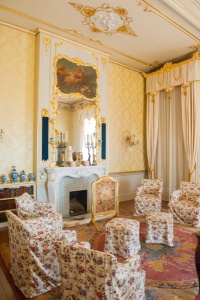 The Gardens
The extensive gardens (90 acres in all) at Wrest Park are a mixture of three distinct gardening styles spanning the years from 1700-1850. The centre is split by a long, formal canal punctuated by a Baroque pavilion designed by Thomas Archer. The Pavilion probably provides THE signature view of Wrest Park gardens. 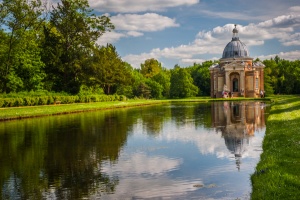 The Long Water and Archer's Pavillion 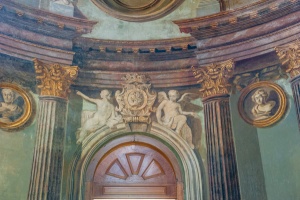 Trompe l'oeil painting inside the Pavillion 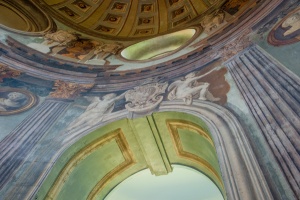 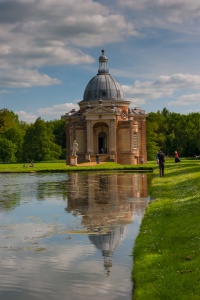 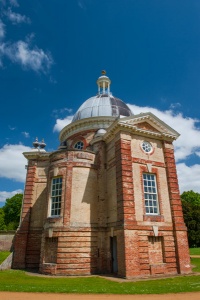 The Pavillion close up

The Dairy
In 2012 English Heritage converted an ornamental dairy to one side of the mansion house into a sculpture gallery, displaying sttues that were once scattered around the 90 acres of gardens surrounding the house. Many of these statues are too fragile to be left outdoors.

Most date to the 18th century and were placed in the gardens under the direction of Henry, Duke of Kent, when the gardens were first laid out. Honestly, the statues in the Dairy are utterly stunning.

Among the best are a statue of Neptune made of Portland stone, and a sundial designed by Henry Wynne in 1682. There are figures of Harlequin and Columbine by John Cheere, and a set of Italian busts representing the four seasons. 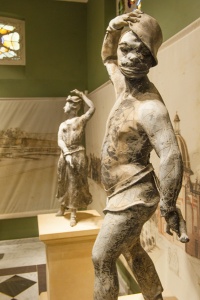 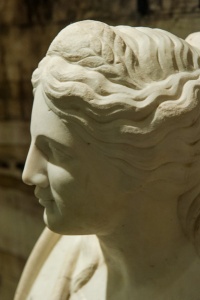 The Orangery
This long, rectangular building was built at the same time as the mansion. It was quite literally an orangery, providing growing space for Earl de Grey's collection of French orange trees. These trees were thought to be the tallest in England and had to be transported outside through a set of concealed doors.

Within the Orangery is a chimneypiece from the original manor house. So ornate is the Orangery that it does not look like a garden feature, but like a miniature mansion in neo-classical style. 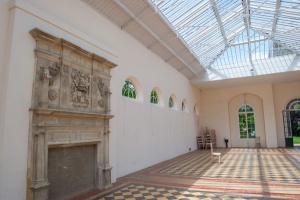 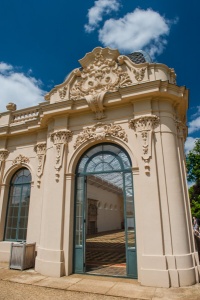 Mithraic Altar
The Mithraic altar is one of several classical follies dotted around the gardens by Philip Yorke and his wife Jemima, Lady Grey. It was intentionally designed to look like an authentic piece of antique sculpture, and the Greys took great delight in duping unsuspecting guests into thinking it was real. 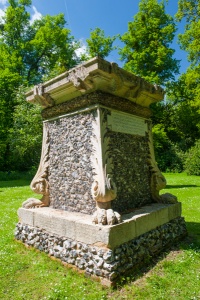 Chinese Temple and Bridge
This attractive bridge and waterside temple were designed to look like the popular willow pattern on Chinese porcelain. The temple and bridge are beside a winding canal which encircles the Great Garden. 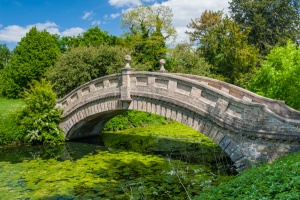 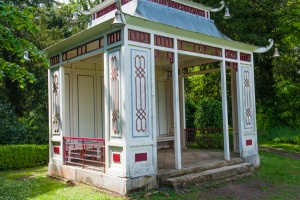 There are several unique garden areas planted in an individual style, including a walled garden, French parterre, Italian garden, and a very pretty rose garden. The whole is situated in informal grounds laid out by Capability Brown around 1758. Horticulture plays a large part in the appeal of Wrest Park, and the estate hosts an annual garden show in late May which draws huge crowds.

The de Grey family mausoleum is attached to the church at Flitton, 2 miles away.

Visiting Wrest Park
We signed up for a guided tour of the house. You can wander around on your own, but with a guided tour you can gain access to rooms that are normally locked, including rooms featuring some of the most superb Chinese wallpaper I've ever seen in an English stately home. So if you get a chance, I highly recommend a guided tour. The rest of the house interior is simply stunning; every surface seems gilded and the effect is almost overwhelming.

But of course, there is a lot more to Wrest Park than the house itself; the view from the grand entrance facade looks down a wonderful vista, with a long canal leading to the distant Archer Pavilion. Like everything else at Wrest, it is a landscape on a grand scale. 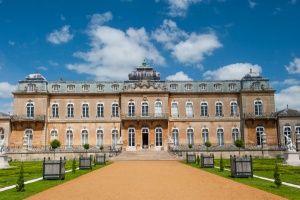 The house and formal garden 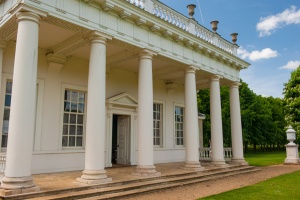 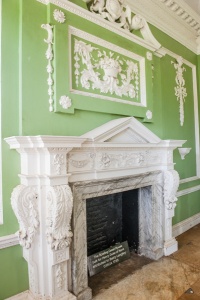 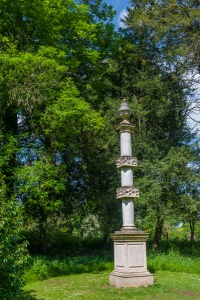 More self catering near Wrest Park