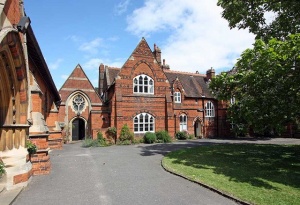 Maidenhead is a pretty town spread out along the banks of the Thames close to Windsor and Eton. Though the river itself is reason enough for visiting Maidenhead, the town has many historic connections.

Unlike many English towns, the origins of Maidenhead can be traced with some certainty. In the early 13th century a village called South Aylington grew up near the Thames midway between Cookham and Bray. The village was not ON the Thames itself due to the threat of flooding.

Then a wooden bridge across the Thames was built, and the sleepy village found itself on the main road between London and Bristol -- now the A4. A new wharf, or "Maiden Hythe" was built beside the bridge, and settlement built up around it. In 1582 Elizabeth I granted Maidenhead its town charter.

Part of Maidenhead's prosperity stemmed from the fact that it was precisely one day's journey from London, so it became a major stopping place for travellers.

Brunel's Great Western Railway brought a further influx of settlers who could now live in the pretty Thames-side setting of Maidenhead and use the railway to go to work in London. 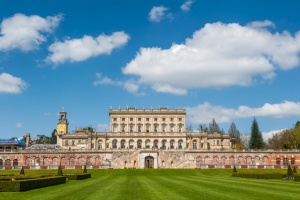 Maidenhead has been the scene of several dramatic moments in English history. In 1400 the Earl of Salisbury tried unsuccessfully to assassinate Henry IV at Windsor. When the attempt failed Salisbury fled to Reading, while his supporters tried to hold the bridge at Maidenhead against royal troops. The battle lasted 3 days before the Earl's forces were overcome, and the Earl was captured and executed.

In the Civil War Maidenhead was the scene of a touching reunion between the captured King Charles I and his young children. Charles, who was being held at Caversham Castle, was allowed to visit his children at the Greyhound Inn (now the Natwest bank), where a plaque commemorates the king's visit.

More drama occurred at Maidenhead during the struggle for the throne between James II and William III in 1688. Supporters of James fortified the town, but they were undone by trickery when William's men sent drummers into the town under cover of darkness. The drummers sounded a retreat, and the confused supporters of James withdrew in a panic to London, leaving the town and its vital bridge to William's men.

A fanciful estate designed in 1881 by Sir Charles Berry, Cliveden was bought in 1893 by William Waldorf Astor. In the 1930's it was the home of "the Cliveden Set" of powerful political figures. The Thames below Cliveden is magnificent in summer when the hanging beechwoods are reflected in colourful profusion in the river below.

When Isambard Brunel's Great Western Railway needed a bridge to span the Thames and its towpath in 1839 he was faced with what most pundits considered an impossible task. He responded with a masterpiece of Victorian engineering - a bridge that spans 128 feet with a rise of only 24 feet. Brunel's work is still supported by the widest, flattest brick arches in the world.

More self catering near Maidenhead

More bed and breakfasts near Maidenhead