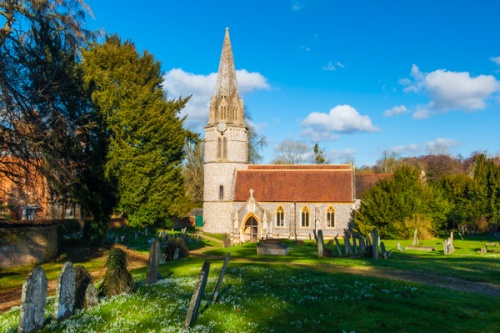 St Gregory's church stands beside the red brick manor of Welford Park, in a wonderful countryside area near the River Lambourn. The combination of the striking church with its pointed tower and the quiet dignity of the manor house makes for an almost perfect picture of rural England at its best.

It is the tower that first grabs your attention, and that's not surprising, as it is a very unusual structure. The bottom section is round, one of only two round towers in Berkshire (the other is a few miles away at Great Shefford). 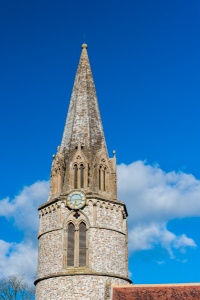 While the lower stages are of obvious age, the large spire is almost jarringly different in style. At first glance, I assumed it was Victorian, but actually it is 13th century.

All the while I was visiting I couldn't stop debating whether the combination of the medieval round tower and the Early English spire really 'worked', but it certainly kept drawing my eye back again and again! In the churchyard, on a rise before the south porch, is a medieval preaching cross, very weather-worn, and missing its top.

There was a church here at the time of the Domesday Book. The medieval church was owned by Abingdon Abbey until the Dissolution of the Monasteries, and the monks of Abingdon maintained a grange beside the church, where Welford House now stands. The early church was remodelled several times until it was completely dismantled in 1852.

The Victorian work revealed even earlier Saxon foundations beneath the early medieval remains, and a coin from the reign of Edward the Confessor (mid 11th century) was uncovered. Some pieces of decorative medieval stonework were used to build a vinery beside the rectory in nearby Wickham. The Victorian rebuilding was incredibly thorough; for safety's sake, the workmen took apart the tower, stone by stone, and re-erected it exactly as it had been before.

The church is built with a nave, chancel, west tower, north and south aisles, with walls of flint dressed with stone. A few sections of original medieval stonework survive in the west wall of the south aisle, and the jambs of the priest's door. 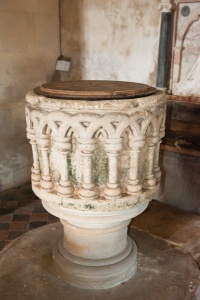 As soon as you walk into the interior you realise just how thorough the Victorian rebuilding was, for every decorative element seems to be 19th-century stonework. There are exceptions, however, including a beautifully carved 4-seat 13th-century sedilia in the sanctuary. The workmanship on the sedilia is really quite beautifully done, and it is no surprise that the church guidebook calls it ''the most remarkable in Berkshire'.

Much simpler, but still early medieval, is the font, possibly dating to the late Norman era. This is circular with interlaced arches decorating the bowl. Another ancient remain is a stone coffin, placed in a tomb niche along the south wall.

This Early English monument is carved with a cross and is thought to have marked the grave of a 13th-century benefactor of the church. Behind the font, partly hidden in shadows, is a rather attractive 16th-century wall monument of a woman kneeling at a prayer desk.

Below the woman's figure are outlines of no less than seven sons and twelve daughters. The woman is Lady Anne Parry (d. 1585), who served in the household of Queen Elizabeth and whose first husband was Sir Thomas Parry of Welford. The worn Latin inscription below the memorial translates as:

'Whosoever thou mayst be that passest by, stay, read and weep. I am what thou wilt be; I had been what thou art; I prithee pray for me. O King Christ have mercy on the soul of John Westlake'.

A much later counterpart to this memorial can be found at the west end of the north aisle, where there is a classical style monument to Rev. William Nicholson, rector of Welford-cum-Wickham for 42 years until his death in 1878. It was Nicholson who oversaw the complete rebuilding of St Gregory's.

Clustered around the tower arch are carved heads representing St Edmund of Abingdon, St Alice, and St Margaret Rich. The women were sisters of St Edmund and were both in turn prioresses of Catesby. Together the three siblings are known as the 'three Berkshire saints'.

Under the tower are several more interesting monuments including one to Dame Elizabeth Mundy, who is dressed in lovely period costume of the mid-17th century.

I wasn't sure I liked St Gregory's at first; that blasted combination of the round tower and Early English spire kept nagging at me, and the heavy concentration of Victorian stonework inside the church took some getting used to. But it grew on me, and by the time I left I was converted; its a wonderful combination of new and old, a time capsule, if you will, of medieval style and 19th-century renaissance. Here, in a nutshell, is 1000 years of English history, social change and village life.

As a side-note, Welford Park is an extremely popular destination for visitors in early spring, when the woods surrounding the manor house are filled with snowdrops. By sheer luck, we arrived on a sunny day in February when the snowdrops were out, and the little village was quite busy. We resisted the urge to explore the woods, as the churchyard itself was overflowing with snowdrops! 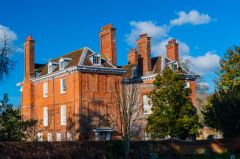 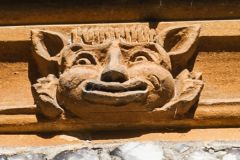 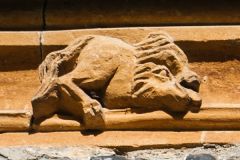 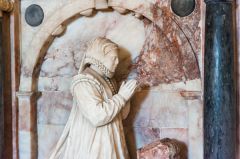 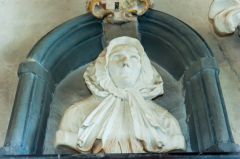 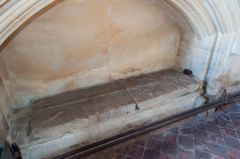 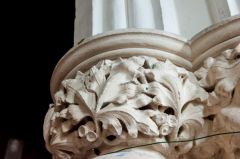 About Welford, St Gregory's
Address: Welford Road, Welford, Berkshire, England, RG20 8HU
Attraction Type: Historic Church
Location: Beside Welford Park. (note that the official postcode of the church is RG20 8HA, but if you use that in a satnav you'll end up in Wickham!)
Location map
OS: SU408731
Photo Credit: David Ross and Britain Express