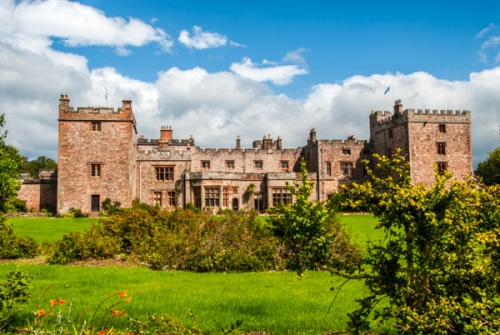 Muncaster Castle is a picturesque Castle overlooking the River Esk at the western entrance to Eskdale. The castle has been the home of the Pennington family since 1208. Over the intervening centuries, the medieval fortress has evolved into a comfortable country house, full of fine furniture and art.

Muncaster Castle is known for its hawk and owl centre and offers the chance for visitors to see the resident birds of prey population being fed.

The Romans recognised this site overlooking a crossing of the River Esk as being of strategic importance. The history of Muncaster really begins in the late 12th century when the estate was owned by Benedict de Pennington (though there is a possibility that the Penningtons have owned land here since 1026). Benedict's family seat was at Pennington Castle in the Furness Peninsula.

It was left to Benedict's grandson William Pennington to begin building a hall here at Muncaster atop the Roman foundations. William moved his family seat to Muncaster in 1242.

Somewhat surprisingly it appears that the first residence was not fortified. That changed after Robert Bruce led Scottish raids into Cumbria in 1316 and 1322. The Penningtons responded by building a four-storey pele tower connected to the earlier hall. The used stone from the Ravenglass Roman Fort to create the tower, which could act as a refuge in times of trouble. 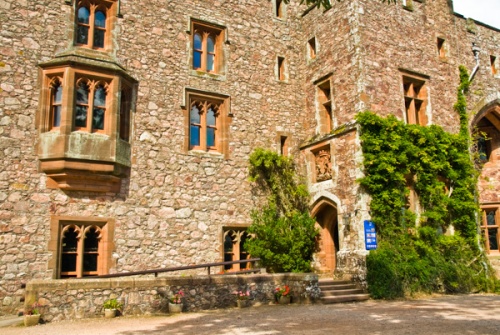 The Luck of Muncaster

By the Tudor period there was less need for a fortified residence so the family remodelled the tower and the hall for comfort. The castle was completely rebuilt in 1783, though the pele was left unaltered. The Georgian house was itself remodelled between 1862 and 1866 by the fashionable Victorian architect Anthony Salvin.

As a result, most of the house you can visit today is a Victorian mansion -- though the medieval Pele Tower is still intact. Salvin added a second tower to match the medieval pele and create a symmetrical facade. 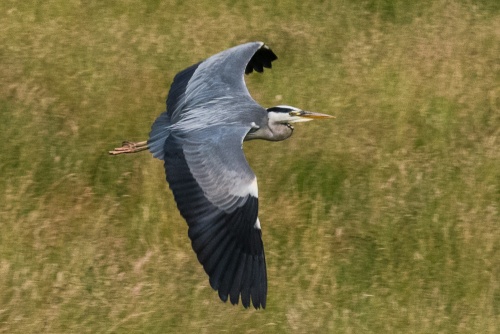 One of the resident grey herons

Perhaps not surprisingly for a house of its age, Muncaster Castle has a reputation as one of the most haunted houses in Britain. Visitors have reported strange noises, disappearing figures, and an overwhelming feeling of a strange presence.

The ghost with the longest 'tenure' at Muncaster is Tom Fool, a real-life family jester in the Tudor period. Tom was known to play cruel practical jokes on visitors; for example, he would tell travellers asking about the correct route to London to follow a trail to quicksand beside the river. Tom also acted as an executioner; when a local carpenter fell in love with Sir Ferdinand Pennington's daughter, the lord ordered Tom to cut off the fellow's head, which he did.

Tom Fool is blamed for most of the ghostly experiences at Muncaster, but other spectres haunt the castle, including the spirit of Mary Bragg, a housekeeper from Ravenglass who was murdered nearby. He ghost is seen wandering the castle grounds.

Visitors spending the night in the Tapestry Room report hearing babies crying and a heavy weight pressing down on them in the four-poster bed. 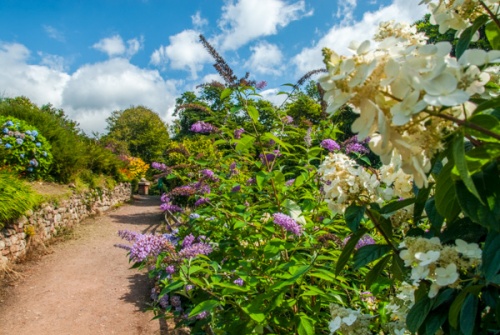 The castle stands in 77 acres of outstanding gardens, including a woodland garden, meadow, and terrace garden offering superb views over the Eskdale Valley and east to the Lakeland fells. Victorian art critic John Ruskin described the Terrace Walk as 'The Gateway to Paradise'.

Within Muncaster's garden is the Hawk and Owl Centre, with several aviaries and mews. In the neighbouring Old Rose Garden is an amphitheatre for regular flying displays. See several varieties of owls, falcons, and eagles in a breathtaking and entertaining display.

Even more popular is the daily wild heron feed, which takes place on Cannon Bank just below the castle entrance. Here you can see herons from a colony that has lived on the estate for hundreds of years as they swoop in from nearby trees to feed and then soar away. Our family has watched the heron feeding several times and it is well worth making an effort to be there for the afternoon feeding (times vary by the season).

Muncaster Castle is on the A595 just east of Ravenglass. Look for the obvious signs to the large parking area. You can get a joint ticket for Muncaster Castle and the Ravenglass & Eskdale Railway, one of the most popular family attractions in Cumbria. 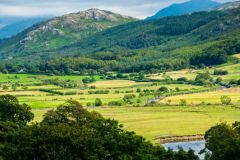 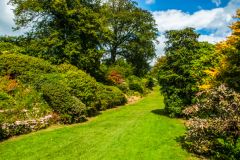 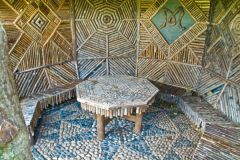 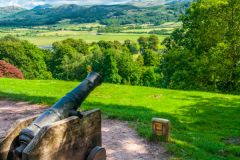 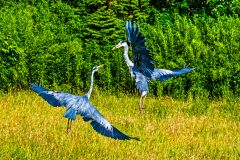 More self catering near Muncaster

More bed and breakfasts near Muncaster

Self Catering near Ravenglass