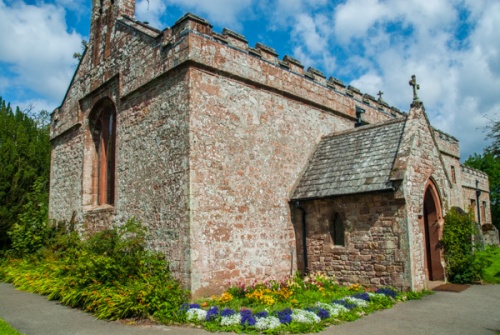 In the grounds of historic Muncaster Castle, just outside Ravenglass, stands the small 12th-century church of St Michael. The church dates to around 1140, built on land used by the monks of Furness Abbey to graze their sheep. It seems likely that there was an earlier church on this spot, as evidenced by a Viking cross in the churchyard. It is quite likely that the site was used for worship long before the coming of Christianity, however.

St Michael's was heavily rebuilt in the 16th century, so that traces of the earlier medieval building are hard to spot. There was another major restoration in the Victorian period under Anthony Salvin, who also worked on the castle. 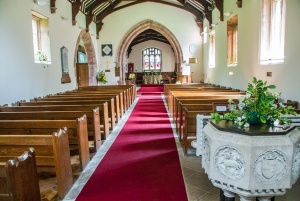 The interior is very simple, with a 4 bay nave leading to a 3 bay chancel, both under a king-post roof. There are two fonts, one from the 1860 Salvin restoration, and an earlier one from the 17th century. There are numerous memorials to the Pennington family, owners of Muncaster Castle.

My favourite is the memorial to Sir William Pennington (d. 1731) which shows a pair of cherubs emerging from folds of draped cloth. There are more interesting Pennington memorial tablets arranged against the exterior west wall of the church like a giant patchwork quilt.

On display inside the church is a 15th-century bell, made around 1464 to mark Henry VI's visit to Muncaster after the Battle of Hexham. A Latin inscription runs around the bell near the top, reading 'S Maria, Ora pro Nobis', or 'Holy Mary, pray for us'.

There is very good Victorian glass in the east and west windows; that in the west depicting a 'Doom', or Day of Judgement scene.

St Michael's is a lovely little country church, and if you are making a visit to the castle, I highly recommend taking the short walk through the gardens to explore the church. 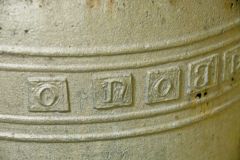 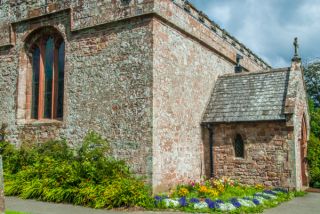 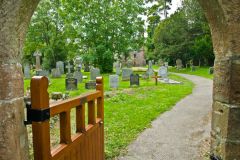 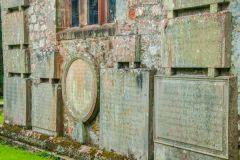 About Muncaster
Address: A595, Muncaster, Cumbria, England, CA18 1RJ
Attraction Type: Historic Church
Location: In the grounds of Muncaster Castle, off the A595. Use the coach entrance to the castle.
Website: Muncaster
Location map
OS: SD103965
Photo Credit: David Ross and Britain Express

More self catering near Muncaster

More bed and breakfasts near Muncaster