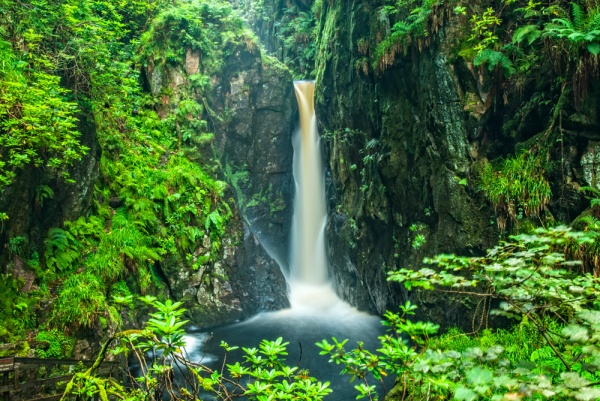 A lovely walk up Stanley Ghyll leads to one of the most beautiful Lakeland waterfalls. The vegetation here is so lush in summer that it seems almost tropical. Start at the parking area near the Dalegarth terminus of the popular Eskdale railway, and follow the waymarked trail through pleasant woodland to the banks of the Ghyll.

The way proceeds gently at first, rising up the hillside. The watercourse then narrows to form a steep-sided ravine. The path crosses the Ghyll over and back several times via narrow footbridges (quite safe) before reaching a viewing platform for the falls. 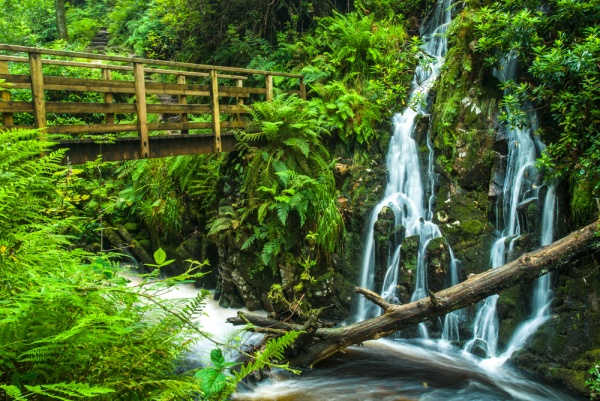 A footbridge across Stanley Ghyll

There are posted signs warning of the dangers of trying to get closer to the falls, but if one can judge by the muddy footprints which abound, many visitors think it is safe to proceed to the very foot of the falls. From here paths lead along the River Esk in both directions, meaning that it is easy to make a visit to Stanley Ghyll Force part of a longer walk along Eskdale.

An alternative way to reach the falls is to park along the road at Boot and follow the trail to Eskdale church. There, stepping stones lead across the River Esk to the far side, where you join a trail which will take you to the Stanley Ghyll path. Note that the stepping stones will likely be underwater after heavy rains. 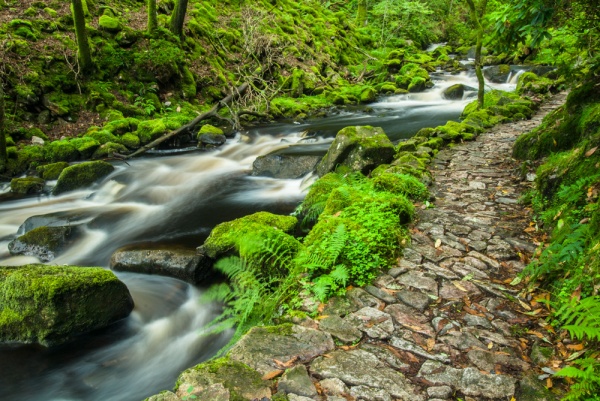 The cobbled path beside Stanley Ghyll