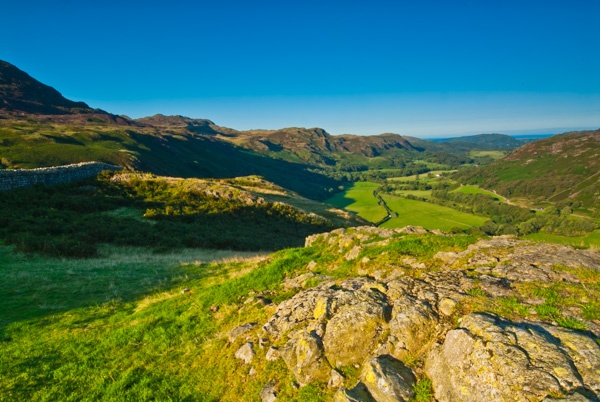 Eskdale is one of the most westerly areas in the Lake District National Park, and in my opinion, one of the most beautiful and unspoilt. The valley stretches from Ravenglass on the coast to the Hardknott Pass, following the River Esk through a picture-perfect landscape of drystone walls and fells. It is quite a bit more peaceful at the height of the summer tourist season than other areas of the Lakes.

Unusually, Eskdale does not have its own lake, unlike most other Lake District valleys, though there are several small tarns in the fells overlooking the valley.

At the westerly end of Eskdale is Ravenglass, where the remains of a Roman bathhouse can still be seen; a reminder that the Romans established a major port here to serve their network of forts further inland. Most people come to Ravenglass today, not for the Roman ruins, but to enjoy the Ravenglass and Eskdale Railway, a narrow-gauge steam-driven railway line that carries travellers from the coast to Dalegarth Station, near the hamlet of Boot, in the centre of Eskdale. The railway line is known locally as 'La'al Ratty'. 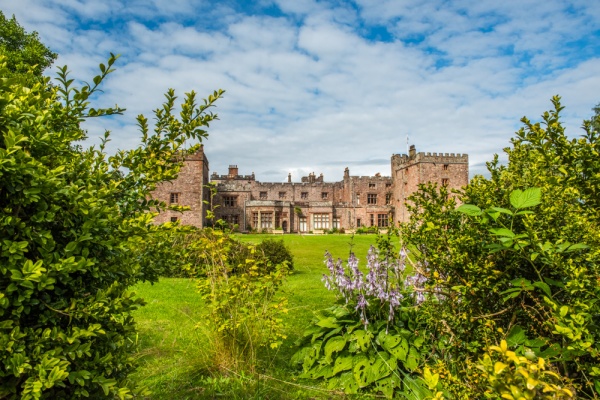 On its way east the railway passes Muncaster Castle, home of the Pennington family since 1208. The oldest part of the castle is a 14th-century pele tower that stands atop Roman foundations. The present castle was designed by Anthony Salvin in 1862, and is full of fine art and furniture.

The tapestry room is reputed to be haunted by the ghost of a medieval jester. From the terrace in front of the castle entrance you can see a panoramic view over the western end of Eskdale, a view that Victorian writer John Ruskin called 'the gateway to Paradise'. 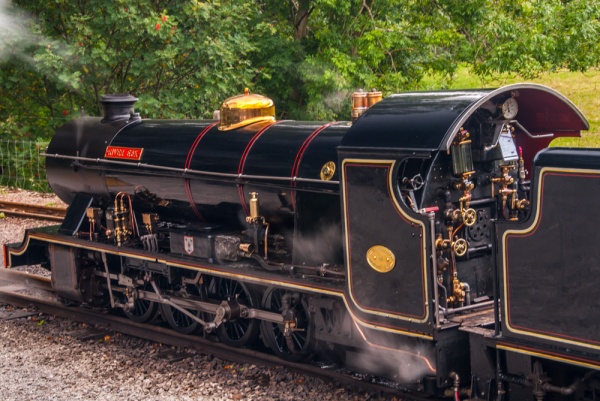 At Beckfoot, near the Dalegarth rail station, a trail leads south along Stanley Beck to the pretty waterfall of Stanley Ghyll Force. The trail crosses over the Beck several times and passes through lush vegetation until it reaches a viewing platform for the waterfall after about a mile. There is a popular picnic area at the start of the trail, and a parking area.

At Boot itself is the King George inn, a pub popular with hill walkers and visitors arriving on the miniature railway. Trails lead up the southern slopes of Scafell Pike, the highest mountain in England.

From the village, a lane leads south to Eskdale Church, dedicated to St Catherine. A local legend says that a 7th-century hermit lived near here and established a holy well on Arment Hill. The well is still used to draw water for baptisms.

The church was founded around 1125 by William de Meschines of Egremont Castle. It was completely rebuilt in the 19th century. The font is 14th century and is carved with the symbol of a St Catherine's Wheel. The east window is also 14th century.

In the churchyard is the striking 'Huntsman's Grave', a peculiar gravestone commemorating Thomas Dobson (d. 1910), who served for 53 years as head of the Eskdale and Ennerdale Foxhounds. Dobson's gravestone is carved with his huntsman's horn, and two projecting heads of hunting dogs. 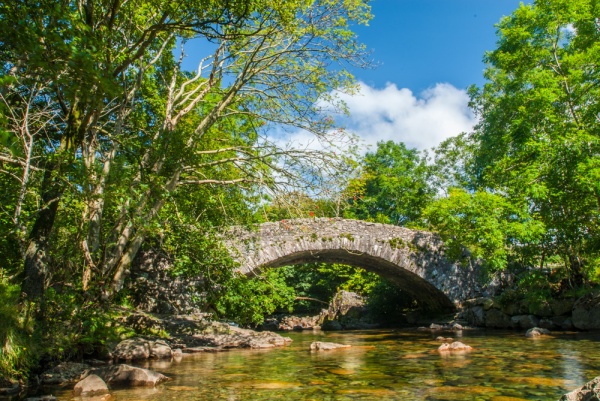 Beside the church are stepping stones across the River Esk, but the stepping stones are passable only when the water level is low. A footpath leads along the river bank to Doctor's Bridge, a 17th-century packhorse bridge.

It gained its name in 1734 when the bridge was widened so that the local surgeon, Edwards Tyson, could ride his trap over it. It was obviously important to the inhabitants of Eskdale that their country doctor could get where he was going quickly. The single arched bridge spans 30 feet across the Esk.

Further east is the Woolpack Inn, and beyond it a youth hostel that makes a good place to stay for fell walking. 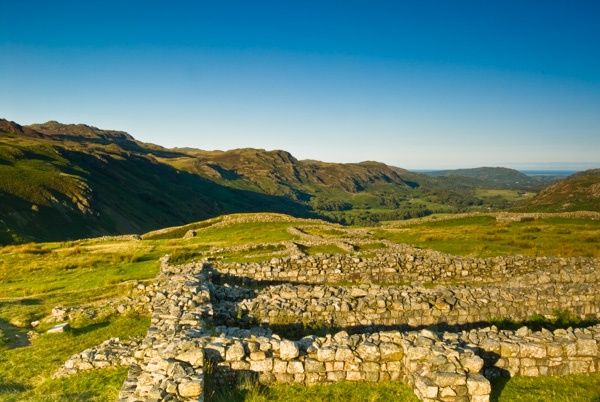 At the eastern end of Eskdale is Hardknott Pass, linking Eskdale to the Duddon Valley. Near the top of the Pass is Hardknott Roman Fort, established to guard the transport route from Ravenglass in the 2nd century AD. The remains of the fort include a parade ground and a circular bath house just outside the fort walls. The scenery from the fort is simply stunning, and the view west along Eskdale is one of my favourite views in the Lake District.

There is a rough parking area outside the fort, and a larger paved parking area at the bottom of the Pass. Be aware if you plan on parking at the large parking area, for the walk uphill to the fort is extremely steep. How steep? The local Eskdale website calls it the steepest road in England. I haven't measured the incline to know if that's true, but having walked and driven it I wouldn't be surprised if it is accurate. 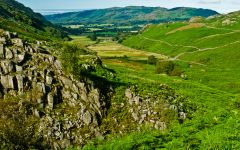 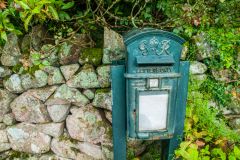 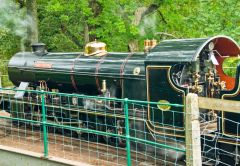 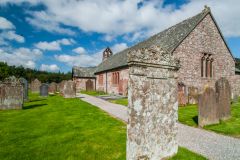 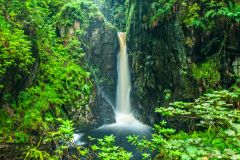 More self catering near Eskdale

More bed and breakfasts near Eskdale

Self Catering near Eskdale Green