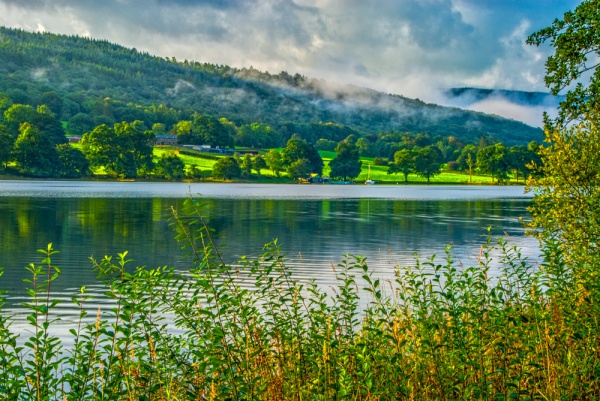 Coniston Water is the third-longest of the lakes in the Lake District, at over 5 miles. It never gets terribly wide, but it does reach 184 feet in depth. This last factor, and the fact that the lake is quite straight, made it attractive to those adventurous souls bent on claiming the world speed record.

One such was Sir Donald Campbell. In 1967 Campbell's boat Bluebird broke apart when travelling at over 320 mph. The depth of the lake meant that it was not until quite recently that Campbell's body was recovered, and reburied in Coniston churchyard.

But enough of gloom! Coniston is a gorgeous lake, and its proximity to popular climbs makes it extremely popular with walkers. The most popular walk is the ascent of the Old Man of Coniston, which provides excellent views over the lake and the surrounding area. 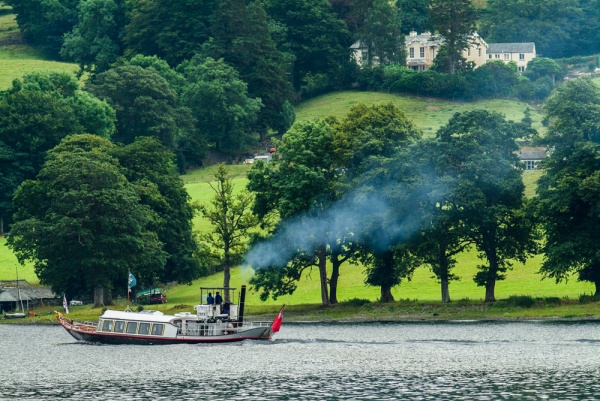 Before becoming a popular centre for outdoor activities Coniston village had a thriving slate and copper industry. The Romans were the first to mine copper here, but much later small furnaces to process iron ore were set up along the lakeshore. These furnaces used wood from the surrounding forests as their fuel.

The other famous name associated with Coniston Water is that of John Ruskin. Ruskin was a Victorian writer, philosopher, and social reformer. He so loved the area that when the house known as Brantwood, on the eastern shore across from Coniston, came on the market he bought it sight unseen. For, as he said, any house along the lake was bound to be worthwhile.

Ruskin lived the last 20 years of his life at Brantwood and is buried in the churchyard - by choice, even though he was offered a place in Westminster Abbey before he died. The house is now open to visitors and contains many mementos of Ruskin's life. 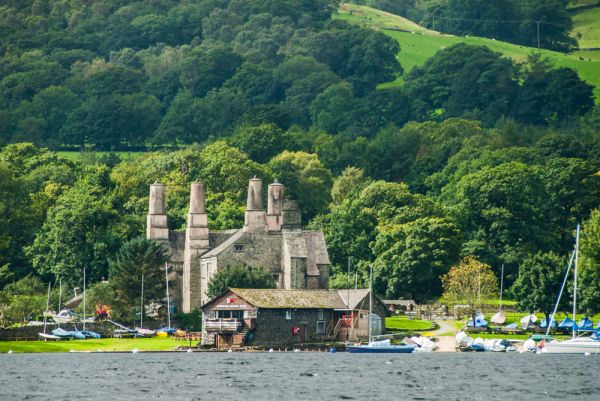 Coniston village from aboard the Gondola

No visit to Coniston Water is complete without a ride on the steam yacht Gondola. The yacht, first built in 1859, was one of a pair that plied up and down the lake for many years before improvement in roads made them obsolete. The National Trust has restored the Gondola, and it now carries visitors on lake tours from Coniston pier.

There are other options besides the Gondola, however; the Coniston Launch offers regular cruises up and down the lake. Included are several special interest cruises, including a 'Swallows and Amazon' cruise, and a 'Ruskin Cruise'.

The Britain Express family had the pleasure of taking a Swallows and Amazon's Cruise and had a wonderful time. The guide was entertaining, and for anyone who has read and enjoyed Arthur Ransome's wonderful stories, this is a 'must-do'.

About Coniston Water
Address: Coniston, Lake District, Cumbria, England
Attraction Type: Countryside - Lake
Location: Coniston village is on the A593 from Ambleside. The eastern shore is reached via a minor road off the B5285 near Hawkshead.
Location map
OS: SD 305950
Photo Credit: David Ross and Britain Express

More self catering near Coniston Water