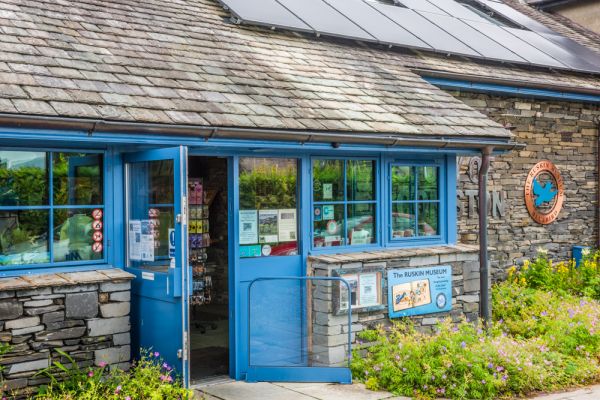 The Ruskin Museum in Coniston is an award-winning museum that tells the tale of Coniston's past, including the stories of the most famous names associated with the village; John Ruskin, Donald Campbell, and Arthur Ransome.

The museum was founded by Ruskin's friend and collaborator, artist WG Collingwood, in 1901. At that time the aim of the museum was to celebrate Ruskin's life and the cultural heritage of the Coniston region. Ruskin spent the latter part of his life at Brantwood, across Coniston Water from the village, and he knew and loved the area well.

The core of the museum is, therefore, an extensive exhibition on the life and times of John Ruskin. Included are examples of Ruskin's writing and art, and collections of his personal belongings. Among the more fascinating of the exhibits is a rock harmonicum built by Ruskin. This odd musical instrument is like a large xylophone made with different sizes and shapes of stone. 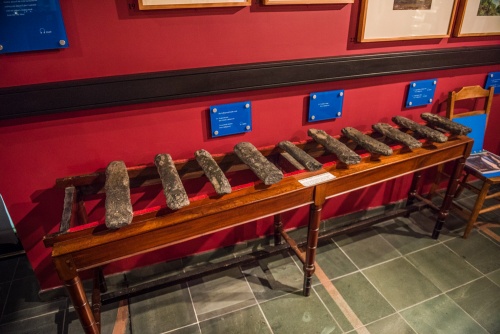 In addition to the Ruskin exhibits, there are displays of local history, including prehistoric artefacts, the geology of Coniston Fell, and geography of the Coniston area. The role played by copper mining and slate quarrying in the region is explained, and there are tools and other articles associated with both occupations on display.

A newer addition to the museum is a section dedicated to the life of Donald Campbell, who lost his life while attempting to break the World Water Speed Record on Coniston Lake in 1967. Campbell visited Coniston on numerous occasions, and the exhibits outline his speed record attempts, his fatal crash, and the subsequent recovery of his body and the wreckage of his boat, the Bluebird K7.

Several of Campbell's personal effects are on display, including his crash helmet and overalls. The jet engine that powered Bluebird K7 is also on show. Campbell's grave is a short walk from the museum in the new graveyard of St Andrew's church. 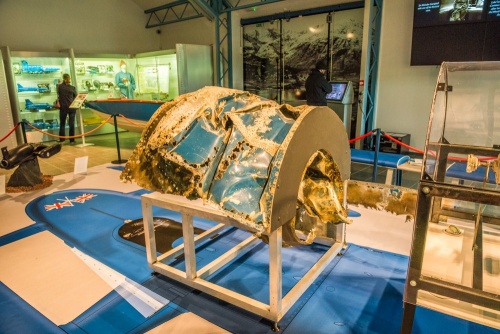 There is also a small exhibit area dedicated to Arthur Ransome, author of the popular Swallows and Amazon series of books. Ransome knew and loved Coniston, and many of his stories were set in and around Coniston Lake. At the time of this writing, the Ruskin Museum is the temporary home to 'Mavis', the original 'Amazon' of Ransome's books.

Mavis was one of a pair of similar boats bought in 1928 by Dr EHR Altounyan so that his children could learn to sail. The Altounyan family later gave the boat to the Ruskin Museum. It was restored and renamed 'Amazon' by Mrs Brigit Sanders of the Arthur Ransome Society in 1990. Mrs Sanders was the 'Ship's Baby' in Ransome's books. 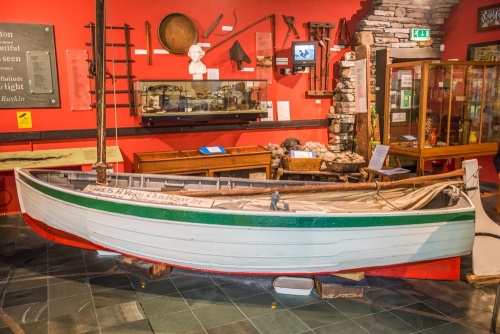 There is also a small upstairs gallery of local art and crafts by local artisans. One of the more unusual exhibits is the original coronet from the serpent figurehead of the Steam Yacht Gondola when it was launched on Coniston Water in 1859. There are also two pieces of hand-carved and painted wood from the original serpent's tail and heraldic symbols from the boat's bow.

All in all, the Ruskin Museum makes for a very enjoyable visitor experience.

The Ruskin Museum is very well signposted around the village centre. The museum is just off Yewdale Road (the A593) behind the Coniston reading room and library. 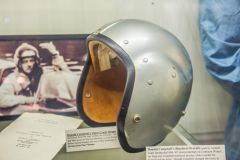 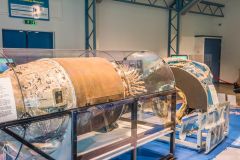 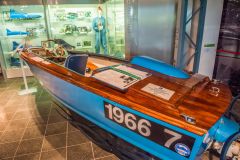 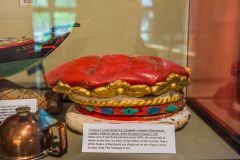 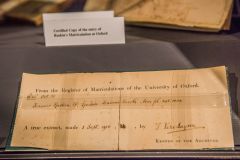 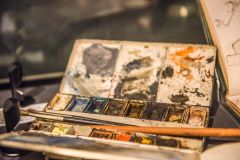 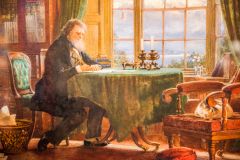