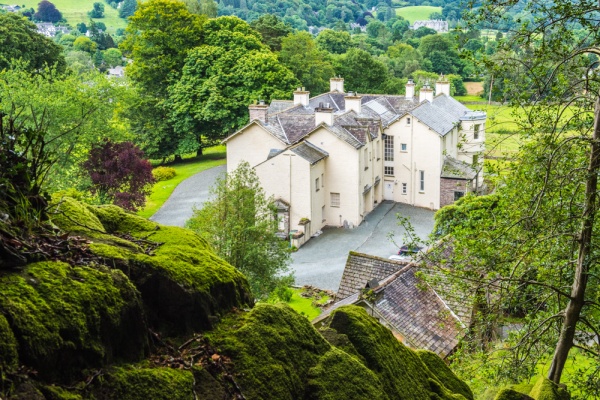 'The loveliest spot that man hath ever found'. That's how William Wordsworth felt about his home at Allan Bank, Grasmere, in the heart of the Lake District. Allan Bank is a lovely late Georgian villa in an elevated position above the village of Grasmere and its lake. It is one of four Wordsworth homes in the Lake District owned by the National Trust, the others being Dove Cottage, also in Grasmere, Rydal Mount, and the poet's birthplace in Cockermouth. 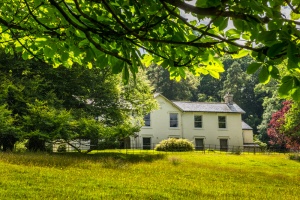 Allan Bank from below

Allan Bank was built in 1805 by John Crump, a wealthy merchant and attorney from Liverpool. In 1807, before the house was finished, poet William Wordsworth expressed an interest in renting the property. Wordsworth was living in Dove Cottage, across the valley, but his family was growing and he needed a larger house. He must have had mixed feelings about renting Allan Bank, for when it was being built it ruined his view down the Easdale Valley, and he was moved to call it 'a temple of abomination'.

Crump agreed to rent the villa and consulted with Wordsworth on laying out the gardens and grounds to his liking. One of Wordsworth's contributions was a 'viewing tunnel', a pedestrian tunnel which opens out onto a sudden vista over the house. He also added stone seats at good viewpoints overlooking the lake.

In May 1808 Wordsworth moved in with his wife Mary, their three young children, his sister Dorothy, and Mary's sister Sarah Hutchinson. The Wordsworths had 2 more children while staying at Allan Bank. Wordsworth received several visits from other literary figures such as his friend Samuel Coleridge.

Unfortunately, the new house wasn't built to a high standard and suffered from constantly smoking chimneys that covered the furniture in soot. The Wordsworth's growing family also made it cramped, so in 1811 the family moved to the Rectory in Grasmere. 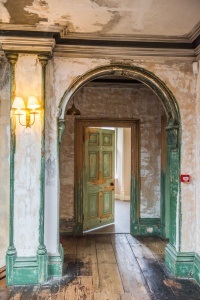 The first floor of Allan Bank

In 1834 the Scottish barrister Thomas Dawson bought the Allan Bank estate for £4100. He purchased several neighbouring fields and enlarged the house. From 1851 Dawson's daughter Martha and her husband Reverend Edward Jefferies lived here. The house passed through several other renters before Herbert Asquith, 1st Earl of Oxford and future Prime Minister, stayed at Allan Bank from 1892-95 while serving as Home Secretary.

In 1911 the house was put up for sale but did not sell, but in 1915 Canon Hardwicke Rawnsley, best known as the co-founder of the National Trust, purchased the house and estate. Rawnsley bequeathed the Allan Bank estate to the Trust after the life interest of his wife Eleanor. The Rawnsleys lived here from 1917. Canon Rawnsley died in 1920 but his wife continued at Allan Bank until 1951. It was rented out to various tenants after her death, but was not open to the public.

Everything changed in 2011 when a devastating fire gutted the house. The National Trust was faced with the decision of what to do with the house, and if they restored it, to what time period? Should it reflect its state when the Wordsworth's lived here, or when Asquith rented the house, or perhaps how it looked when the Rawnsleys lived here? The solution was as innovative as it is appealing. 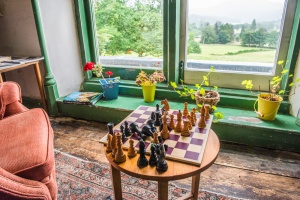 A place to relax and enjoy
a game of chess

When the Trust opened the house to visitors in 2012 they intended it to be like visiting a house you're thinking of buying, a blank canvas open to endless possibilities. They invited visitors to suggest ways to finish the restoration. Surprisingly, the most popular response was 'don't change a thing'. So that's what they did; rather than restore the house, they left it unfinished.

The house was not fully restored but left with bare walls and a complete lack of decoration. Rather than a destination in itself, Allan Bank has become a centre for enjoying walks on the surrounding fells, enjoying a hot cup of tea (you decide how much to pay) or simply enjoying the views over Grasmere below.

There are art activities for children, a well-stocked library, and comfy chairs to curl up in. This is a historic house with a difference; visitors are encouraged to sit anywhere, walk about with their tea, touch and pick up objects, in short, to act as if they live here. Rooms have a different theme, including Friendship, Writing, and Gardening.

Having tea available is a reminder of Wordsworth's love for the beverage. He was known to spend as much as £1500 annually to bring chests of Twinings tea from London.

When we visited there was a classical music group playing in the stairwell hall, and the sound of the music mixed with the sound of children playing and the bustle of conversation.

Access is only on foot from Grasmere village centre. There are three pay and display car parks in the village (not National Trust). You have to follow the signed road uphill from near the post office, Miller Howe Cafe, and Red Lion hotel, a walk of about 10 minutes. The walk is not difficult, and provides you with plenty of time to enjoy the wonderful views over Grasmere village and the lake.

We highly recommend taking the signposted circular walk from the house, which passes the restored garden and climbs through trees to a viewpoint high above the lake before circling around through the woods and returning to the house. Everywhere you go the views are amazing, and you can look down on Allan Bank from above before the path plunges through a Victorian tunnel to emerge behind the house.

Allan Bank is unlike any other National Trust property, and unlike any other historic house we've visited in Britain. Its more like a combination community centre, teashop, art centre, and bustling family home than a historic house. Its the sort of place you can just curl up on a sofa with a cup of tea, read a good book, and enjoy the atmosphere.

Details of the 19th century plasterwork and carved details remain to give a hint at the house's former splendour, but what you'll remember most is the relaxed atmosphere, sense of fun, and of course, those amazing views from the large windows looking towards Grasmere lake. 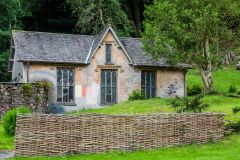 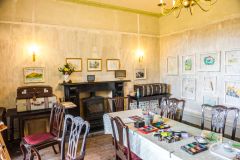 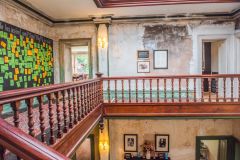 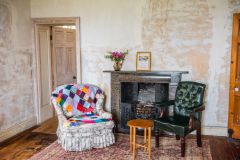 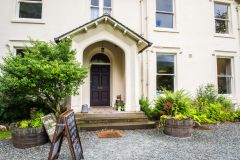 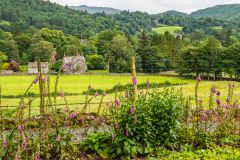 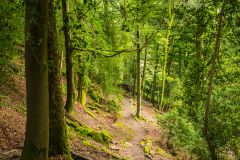 More self catering near Allan Bank