HERITAGE HIGHLIGHTS:   The factory that changed the world's industrial history 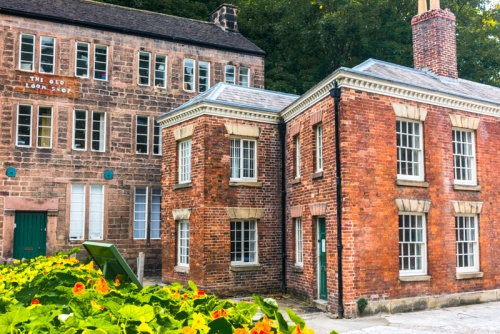 On the bank of the River Derwent south of Matlock Bath stands one of the most important industrial heritage sites in England; the 18th-century cotton-spinning mills at Cromford established by Richard Arkwright.

It is often incorrectly stated that Cromford was Richard Arkwright's first mill. It was, however, his first water-powered mill. Arkwright actually built his first mill in Nottingham in 1769, and Cromford followed two years later, in 1771. The Nottingham mill was powered first by horses, then by a steam engine, and continued in production until at least 1811.

At Cromford, Arkwright and his business partners founded a modest-sized mill, using the river to power cotton-spinning machinery. Five years later, in 1776, he built a much larger second mill, using the same water supply.

It quickly became apparent that a better supply of water was needed to power the machinery, and Arkwright embarked on a remarkable piece of engineering, building a series of underground culverts, ponds, and sluice gates to harness the river power. 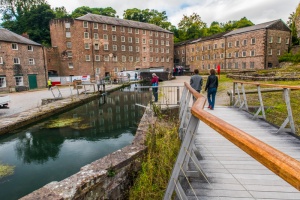 The Cromford Mills transformed industrial Britain. Arkwright's competitors copied his model, and despite laws against exporting technology, the system was copied in foreign countries, including the USA. It is fair to say that the ideas developed at Cromford changed the history of industrial technology across the globe. No wonder, then, that Richard Arkwright has been called 'the father of the factory system'.

Construction at Cromford was finished by 1790, though long before then Arkwright had built his larger more powerful Masson Mills further north along the River Derwent. Most of the original mill buildings have survived, though the second mill has been torn down.

The mills were in full operation until the 1840s. The burgeoning lead mining industry used a large amount of water for drainage, and as a result, the Cromford Mills water supply diminished to a [point where the mills were no longer viable. The mill buildings were put to a variety of uses, including a brewery. The biggest change came in the 1920s when a company making colour pigments for paint purchased the Cromford site. 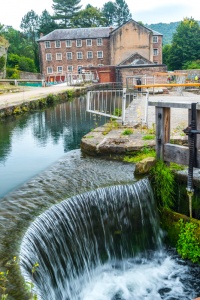 In 1979 the Arkwright Society purchased the site and began a long, slow process of clearing modern buildings and restoring the original 18th-century buildings. Aided by heritage grants by the county council, the Society has gradually been transforming the Cromford Mills into a visitor attractions, with a garden centre, cafes, an exhibition area, and education centre.

Unfortunately, the restoration process may mean that parts of the site are inaccessible. That's what happened when we visited; parts of the mill site were fenced off and heavy equipment was at work. Even while restoration is underway the site is open to visitors, and you can take a guided tour of the site.

If you don't want a guided tour you can still wander around the mill complex, where information panels have been set up to explain how the buildings were used and how the remarkable water supply system functioned.

There is a large paid parking area directly across the street, and the Mills are well signposted from surrounding roads.

A very short walk from the mill site leads you to Cromford village, built by Arkwright for his workers. Most of the original 18th century buildings survive, including the Greyhound Hotel and the community centre. South of the mill is the Cromford Canal, which runs 14 miles to join the Erewash Canal. The canal was built from 1789-1792, and gained its water supply by raising the height of Masson Weir. The first section of the canal encompasses a nature serve.

The house as we see it today is a 18th-19th century mansion, now operated as a hotel. Visitors are welcome to explore the public rooms, including the extraordinary staircase hall, surmounted by a glass dome. 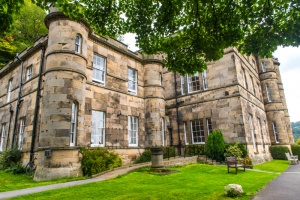 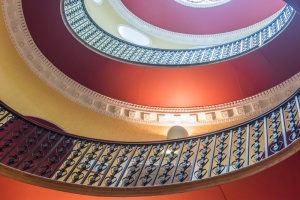 More to see in Cromford 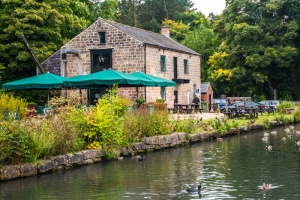 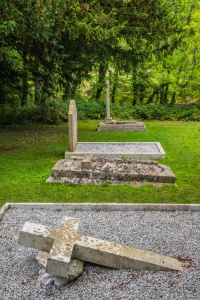 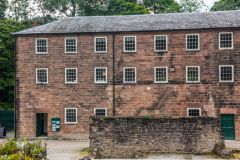 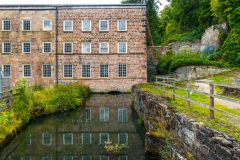 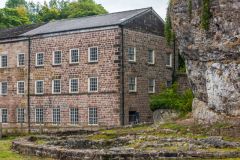 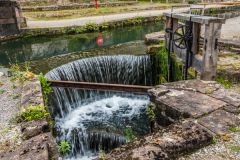 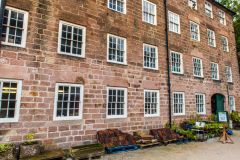 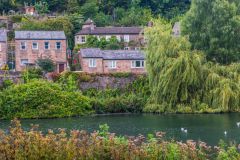 More self catering near Cromford Mills

Self Catering near Cromford