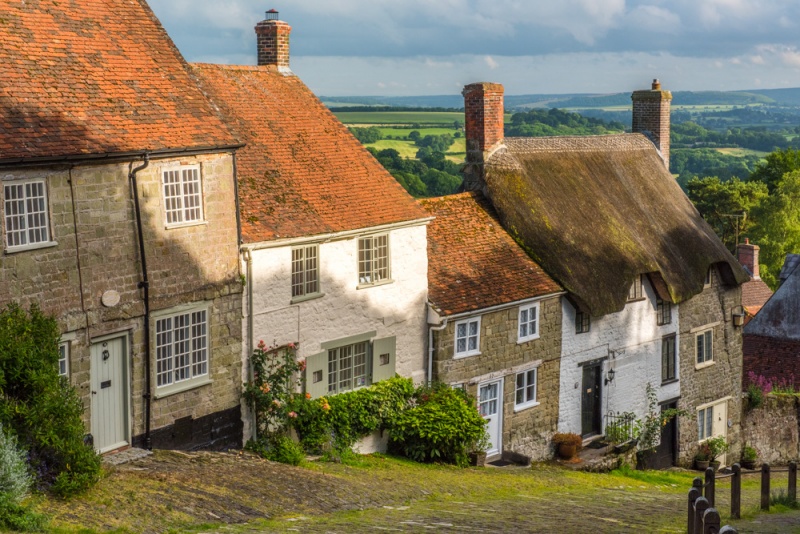 A 'must-see' destination for visitors to Dorset, the historic town of Shaftesbury suffers some inevitable effects of its popularity, but it is thankfully far enough off the beaten track to have escaped the tourist hordes. One who did make it here was Thomas Hardy, who renamed the town "Shaston" in his novels. 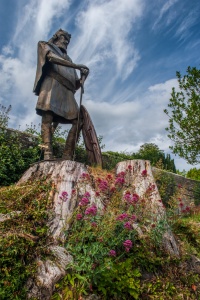 The market town of Shaftesbury was one of the Saxon burhs, or fortified towns, founded by Alfred the Great to solidify his victory over the Danes. Shortly after the town was established in 880 AD, Alfred also founded Shaftesbury Abbey, the first monastery in Britain solely for women, and Alfred's daughter Aethelgiva was the first Abbess.

The town grew up around the abbey during the late Saxon period and gained in importance to the point where it was granted the right to have no less than three money minters under Aethelstan.

The abbey gained immense prestige and wealth after the body of St Edward the Martyr was brought here in the early 11th century. The presumed site of Edward's shrine can be visited in the abbey ruins, just off Park Walk. The Walk is a long terrace that gives glorious views over the Blackmore Vale.

During the medieval period, the Abbey was a popular destination for pilgrims who flocked to the shrine of St. Edward. In 1260 Shaftesbury was granted a charter to hold a weekly market, and in 1392 that was expanded to two markets.

The excavated remains of the abbey church lie within a walled garden, and the Shaftesbury Abbey Museum traces the history of the site. Also within the museum are displays of the town's unique heritage.

Included are examples of Dorset Buttons, made locally in the early 19th century, and a variety of regional agricultural implements such as billhooks, scythes, and Shepherd's crooks. A wooden fire engine dating to 1744, and even earlier 17th century set of Shaftesbury's own weights and measures are on display.

Next to the Town Hall is St Peter's church, the oldest in Shaftesbury. Though the interior is much remodelled, there are some interesting medieval features inside the building, including carved angels on either side of the nave arch. In the north aisle, the floor has been cut away so you can see the foundation of a Saxon pier that supports the later medieval nave columns.

A few steps down from the church entrance is Gold Hill; anyone who has ever poured over a tourist board brochure will be familiar with the view down the cobbles of Gold Hill, with pretty thatched cottages in the foreground and the Blackmore Vale in the distance.

It is one of the classic views of historic England, and one that never ceases to draw photographers. This iconic vista was used in a memorable Hovis advertisement for many years. A large statue of a Hovis loaf stands on the High Street, just above Gold Hill, beside the Town Hall.

A short stroll from the High Street brings you to Castle Hill, which gives wonderful views north towards Somerset and Wiltshire. Somewhere on Castle Hill, in a yet undiscovered location, a castle was built during the civil war between supporters of King Stephen and Quen Maud. There are numerous historic buildings within the old core of Shaftesbury. One of these, Ox House, was used by Thomas Hardy as Old Grove Place in his novel Jude the Obscure.

Shaftesbury was a transportation hub in the 18th century, with no less than 5 turnpike roads converging on the town. Extra horses were required to pull the coaches up Tout Hill. The coming of the railway left Shaftesbury something of a backwater, with the nearest station at Gillingham. A few miles away is historic Old Wardour Castle.

Just two miles from the town is the fancifully named ZigZag Hill, which provides excellent views across Cranborne Chase, and has been officially recognised by the AA as the bendiest stretch of road in Britain (and they should know!). 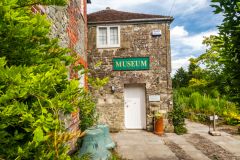 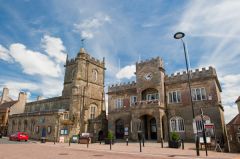 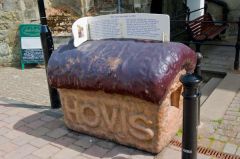 More self catering near Shaftesbury

More bed and breakfasts near Shaftesbury