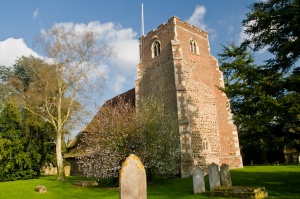 In the early years of the 11th century, a Saxon lord named Edwin built a church at Boxted, on the southern slopes of the Dedham Vale. The site chosen by Edwin for his church is rumoured to have been occupied by the ruins of a Roman villa destroyed by Queen Boudicca in her rebellion against the Romans in 61AD. Certainly, the Saxon church was built using Roman bricks, mixed with local rubble.

Early historical studies of Boxted church suggest that Edwin's church used septaria stones, of the sort used to build the town walls of Colchester a few miles to the south.

In the late 11th century Edwin's church was replaced with a grand new building in stone. The builders were Robert de Horkesley and his wife Beatrice. The building was begun sometime around 1090 and completed by 1130.

The material was a mix of puddingstone, rubble, and Roman brick, but the upper part of the tower was rebuilt in the 16th century with brick, and brick buttresses added. At the same time a timber porch was added. 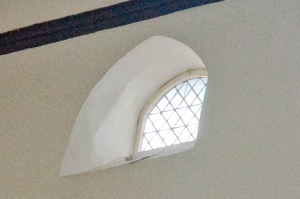 The church was always kept in good repair; following the Reformation the locals complained that the chancel was in such poor condition that the vicar refused to hold services there. The church was heavily repaired in 1870 by AW Blomfield, one of the most active Victorian church architects. During a subsequent restoration in 1930 medieval wall paintings were uncovered, then just as quickly painted over again.

Interior features include a series of 17th-century grave slabs to members of the Maidstone family, and to two servants of the Earl of Oxford. A painted and gilded royal coat of arms to George III is hung on the north wall of the nave. There is a 17th-century oak chest and several 12th-century windows set high above the north arcade. The simple chancel arch is also 12th century. The nave roof is an intriguing crown-post design. On the wall is an attractive early 17th century memorial to Nathaniel Bacon.

I'd call St Peters an attractive church, not blessed with an enormous number of historic features, but a church with an ancient and interesting history nonetheless. Rather than making a special trip, I'd suggest seeing St Peter's as part of a longer outing visiting several of the fascinating historic churches in Dedham Vale, like those at Little Horkesley, Wormingford, and Langham. To the best of my knowledge, the church is normally open daylight hours. 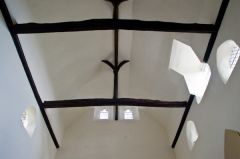 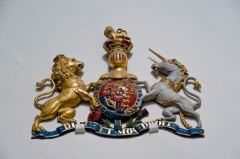 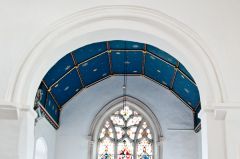 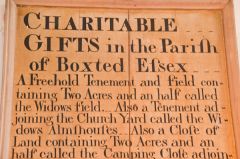 More self catering near Boxted

More bed and breakfasts near Boxted