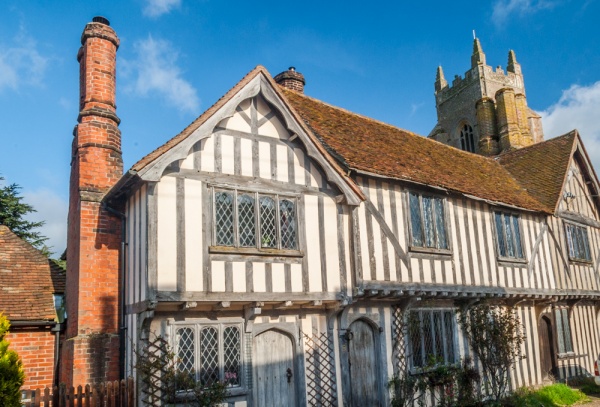 St Mary's and The Maltings, Stoke-by-Nayland

A Saxon minster church was founded at Stoke-by-Nayland by Earl Alfgar, who died in AD 948. The present parish church of St Mary probably stands on the site of that Saxon church.

The first feature of St Mary's that you see is the tower, standing high above rows of attractive timber-framed cottages. The tower stands 120 feet high, so it is no wonder that you can see it long before the body of the church comes into view behind The Maltings on School Street.

The tower is a statement of the wealth and power of the medieval wool merchants who built the church and is one of Suffolk's finest 'wool churches'. It was begun in the 14th century and enlarged and embellished in the 15th century when the wool trade reached its zenith, with a sizeable contribution from the Howard family, Dukes of Norfolk.

In the tower hangs a ring of eight bells, the earliest of which was cast around 1380. The second oldest bell was cast c. 1499 by John Sturdy. 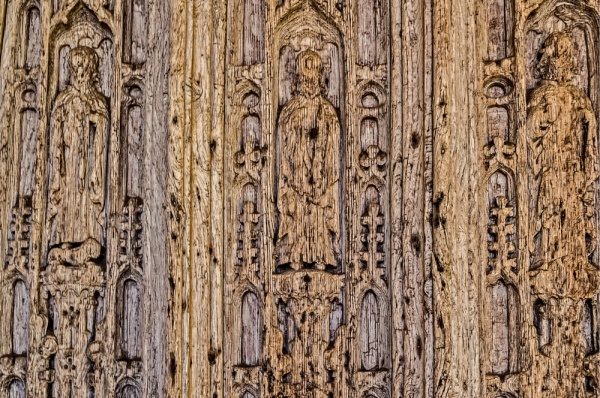 The earliest part of the church is St Edmund's Chapel, built around 1318, and the south porch, erected around the same time. The porch vaulting is superb, with carved bosses punctuating the vaulting, which supports a parvise, or priest's chamber, over the arch.

If the approach to St Mary's is striking, the medieval doorway is stunning. The surface of the door is carved as a tree of Jesse, a highly imaginary family tree of Christ, with figures representing saints outlined within decorative wooden arches. The edges of the door are carved with amazingly detailed figures of insects, birds, and grotesque figures. At the top is Mary and below her ancestors ranging back to the beginnings of the Old Testament.

The historic highlight inside the church is a brass to Katherine Molyns, Duchess of Norfolk and grandmother two queens; Catherine Howard and Anne Boleyn, both married to Henry VIII and both beheaded. Near the priest's door in the chancel is a brass to Sir William Tendring (d. 1408), whose generosity helped pay for the 15th-century enlargement of the church. 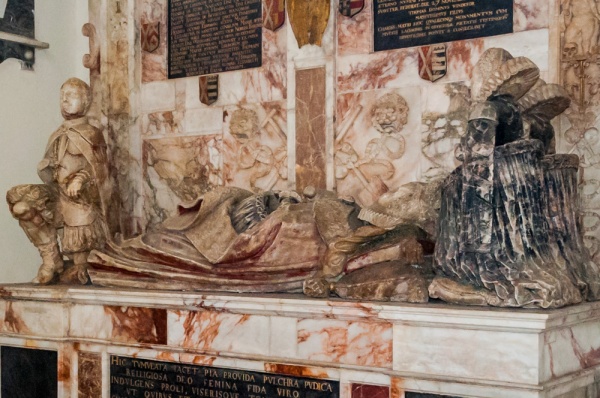 Another historic memorial is a wall monument to Sir Francis Mannock, 1st Baronet of Giffords Hall, who died in 1634. The monument is thought to have been carved by Nicholas Stone, one of the most celebrated 17th-century sculptors. Nearby is a memorial to Lady Anne Windsor of Bradenham, who died in 1615.

The font is typically East Anglian, dating to the 15th century, with an ornately carved stem and an octagonal bowl carved with facets of Evangelical symbols alternating with odd figures of unknown meaning. One figure is a cowled woman seated by a tree, holding a scroll. another depicts a man with a sack - perhaps a woolsack? - pointing at an open book. The imagery is unusual, to say the least, and the symbolism is unclear. What is very clear is the quality of the carving, which is outstanding even by Suffolk standards.

Don't miss the soaring tower arch, praised by painter John Constable, a native of the area. The organ was built in 1834 by the Gray company, and later restored and rebuilt several times.

Stoke-by-Nayland stands on the edge of Constable Country, made famous by Constable, who painted many of his most beloved landscapes in Dedham Vale and the surrounding area. St Mary's features in Constable's very last painting, 'Stoke-by-Nayland', oil on canvas, painted in 1836.

St Mary's is a medieval gem, a wonderful church, full of historic interest, set in one of Suffolk's most idyllic villages. It is perhaps the setting that makes the church so memorable, but the memorial brasses and the marvellous 16th and 17th-century memorials combine to create a historic treat. 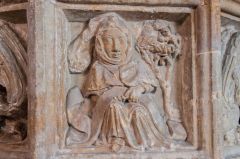 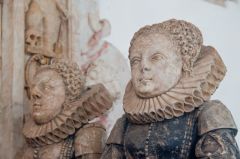 Self Catering near Stoke-by-Nayland