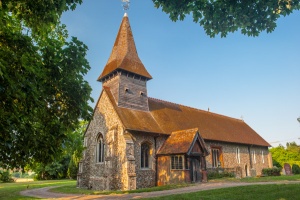 Broxted is a small hamlet in lovely countryside a few miles from Thaxted, in north west Essex. The church of St Mary the Virgin stands in an ancient enclosure, possibly a Celtic holy site, and there was almost certainly a Saxon timber church on the site. Pieces of Roman brick are incorporated into the east wall of the chancel.

The present church dates to the 13th century, and is composed of a nave, chancel, south porch, and west belfry. The material is a mix of flint, pebble, and glacial boulders, with quoins of local chalk. The south porch retains some 16th-century timbers, though most of the structure dates from a Victorian restoration. There are four 17th century bells in the weatherboarded belfry, one by the famous Whitechapel Bell Foundry. 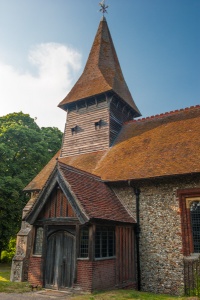 One of the interior highlights is a beautifully carved early 17th-century pulpit in English Renaissance style, with two tiers of arabesque arcades. Among the interesting monuments is a brass in the chancel to John Collyn (d. 1639). Also in the chancel is a grave slab to a former vicar, John Chadwick (d. 1654).

In the north aisle is a monument to Thomas Bush (d. 1791). Bush was a successful London businessman; his epitaph reminds us that he 'by diligent attention to business acquired an ample fortune which he judiciously bequeathed among his relatives in such a manner as to place them above the cares, but below the dangerous indulgencies of life'.

A section of the north aisle wall is displayed behind protective glass as an example of typical 15th-century construction technique. There are a pair of 16th-century brick windows in the nave, and a very unusual processional cross by the altar - looking rather like an oversized pepperpot.

Though Broxted church has much of historic interest, it is a modern feature that will draw many visitors; two windows, dubbed The Captivity and Freedom windows. The windows commemorate the captivity and eventual release of John McCarthy, a journalist and resident of Broxted, who was kidnapped in Beirut, Lebanon, in 1986.

McCarthy and fellow British captives Brian Keeler, and Terry Waite became known as the 'Beirut Hostages'. They were held for over 5 years in captivity, during which time Broxted church became a place of prayer and vigil for their release.

McCarthy's mother Sheila died during his captivity, and is buried in Broxted churchyard. When McCarthy was released in 1991 a celebration service was held in St Mary's, and a pair of old Victorian windows were replaced with the current moving glass design to celebrate not only the McCarthy story, but as a monument to hostages all over the world.

The windows, designed by John Clark, show in moving detail the plight, not only of the Beirut captives, but their families back home. Information panels explain the symbolism of the scenes, and how the artist worked with John McCarthy to create them. The Captivity Window is largely black and white, with only spray splashes of colour. By contrast, the Freedom Window is blazing with colour, and symbolises not only the release of the hostages, but McCarthy's desire for reconciliation and peace.

Beside the church is the 16th century Whitehall Hotel, formerly the church hall. 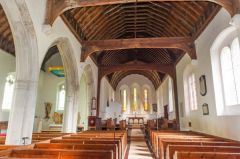 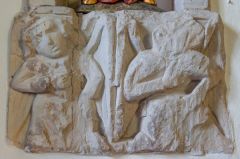 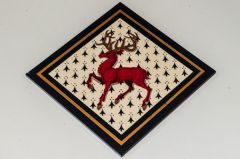 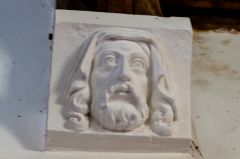 More self catering near Broxted

More bed and breakfasts near Broxted