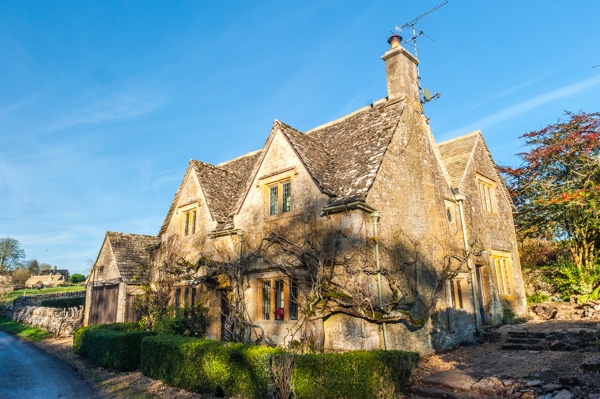 A typical cottage in Notgrove

Notgrove is a tiny Cotswold village just off the old Roman Fosse Way, near Bourton-on-the-Water. The parish church of St Bartholomew dates to the 12th century, though there is evidence of an earlier Saxon church in the form of a very worn stone crucifix on the east wall.

The church may stand on the site of a Roman cemetery. Outside St Bartholomew's is a 13th century stone cross. Near Notgrove (just off the A436) is an ancient long barrow.

The village was recorded in an 8th century charter of King Ethelbald of Mercia when its name was given as Natangrafum. Ethelbald gave land here to Osred, of the Hwiccian royal family. A few years later in 743 Notgrove was granted to the Bishop of Worcester, who rented the land to tenants. During the 12th and 13th centuries, Notgrove manor was held by the Earls of Gloucester.

Location
Near Bourton on the Water, Gloucestershire, off the A46.