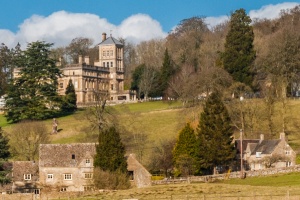 Rendcomb is a small village just north of Cirencester, in the heart of the north Cotswolds. The village is stretched out along a sloping hillside overlooking the peaceful River Churn.

On the crest of the hill is Rendcomb College, a public school occupying historic Rendcomb Park, an Italianate house built in 1865 by architect Philip Hardwick for Sir Francis Goldsmith (aka Goldsmid, Goldschmidt). The main house is a beautiful Grade II listed Italianate building.

The history of Rendcomb goes back to before the Norman Conquest, and the village was mentioned in the Domesday Book of 1086. The Rendcomb estate passed in time to the Earls of Gloucester, who leased them to the De la Mare family. In 1255 Earl Richard de Clare reserved two plowlands at Rendcomb for himself, and this land became the basis of Rendcomb Park. The De la Mares held the Park until 1503 when it was bought by Edmund Tame of Fairford.

The Tames were rich merchants who poured money into the fabulous church at Fairford. No such largesse passed to Rendcomb however, and in 1564 the estate passed to Richard Berkeley of Stoke Gifford. Queen Elizabeth I visited Rendcomb during the Berkeley tenure, but in general, the Berkeleys tended to dwell elsewhere and let the Rendcomb estate to the De la Mares and Tames.

Beside the College (and actually contained within the College's land) is the 12th-century church of St Peter. Much of the 12th-century building was swept away in a major rebuilding in the 16th century, but one remnant is a glorious Norman font, beautifully carved with figures of Biblical characters and wondrous beasts. The Rendcomb font is undoubtedly one of the finest surviving Norman fonts in England. 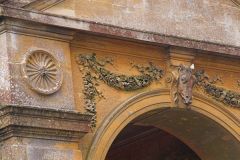 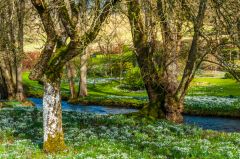 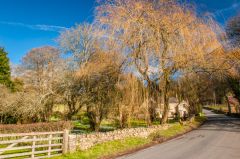 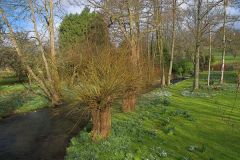 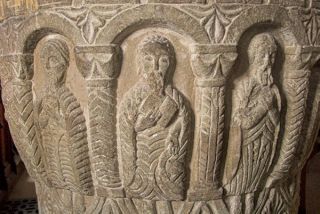 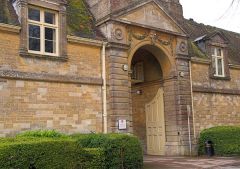 More self catering near Rendcomb

More bed and breakfasts near Rendcomb