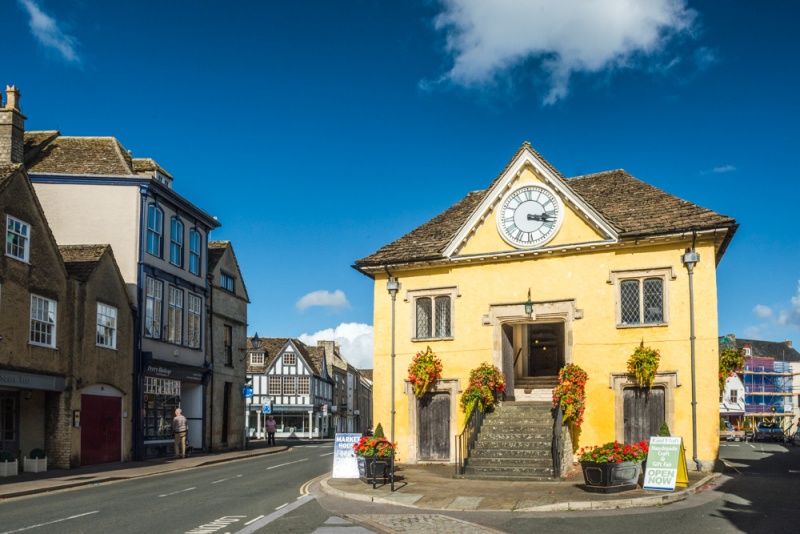 Summary
Tetbury is a historic market town in the heart of the Cotswolds, featuring a 17th-century market hall and some lovely Jacobean and Elizabethan buildings. 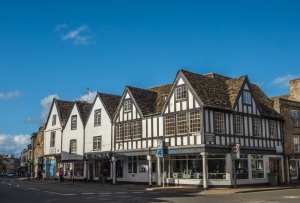 The first written record of Tetbury occurs in AD 681 when Ethelred of Mercia gave 15 acres of land near 'Tette's monastery' to the abbey of Malmesbury. Who Tette was we do not know for certain, but we do know that a woman of that name was abbess of a monastic settlement at Wimborne around this time. It is possible that the current church of St Mary the Virgin was built on the site of an earlier Saxon monastic settlement.

It is rare that we can attribute the growth and prosperity of an entire town to one man, but in the case of Tetbury this is indeed possible. The man was Sir William de Braose, lord of the manor at Tetbury at the turn of the 13th century.

Around the year 1200, Sir William broke with the feudal custom of his day and relinquished many of his feudal rights as lord. He granted Tetbury merchants the right to essentially govern themselves in exchange for yearly 'burgages', basically a rent that ensured the continuation of those privileges. 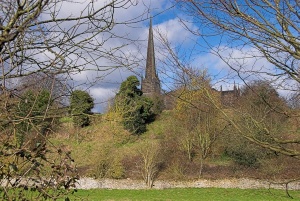 The actions of de Braose meant that Tetbury merchants had the incentive to become involved in commerce and contribute to the growth of the town. Though Tetbury flourished as a result of the actions of de Braose, the lord himself came to a tragic end. He fell afoul of King John, and his wife and son were imprisoned at Corfe Castle, and, it is said, starved to death on the orders of the monarch. The story is told in greater depth in the local history exhibit in the parish church of St Mary the Virgin (see below).

Another unusual aspect of Tetbury's history came about in 1623. The lords of the manor at that time were the Berkeleys. They offered the lordship of the manor and the borough to the people of Tetbury themselves. In addition, leasehold tenants in the town were offered the opportunity to purchase the houses they leased. As a money-raising exercise, the Berkeleys did quite well from their offer, raising over 3700 pounds in the process.

But the burgesses of Tetbury did even better; they were able to establish a system of local government that granted them an unheard-of level of independence to an extent rivalled only by royal boroughs. The structure of local government was headed by seven 'Feoffess', influential townsfolk who ruled Tetbury for over 250 years until reformations of local government in the 20th century. Even today the Feoffees are responsible for maintenance of the Market Hall and several areas of local parkland. 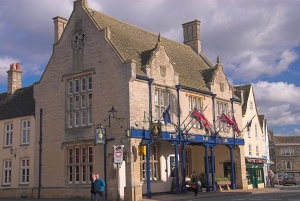 In much the same way that Big Ben is an icon of London, or Arlington Row is an icon of Bibury, the Market Hall is the icon of Tetbury. Located in the centre of town at the confluence of several streets, the two-storey Market Hall is an attractively restored pillared building which dates to 1655.

Over the years it has seen service as a market place, fire station, and gaol. The cupola on top was added to mark Queen Victoria's Jubilee, but apart from that the Market Hall is much as it would have been over 350 years ago, and it is still the site of regular events.

Across the road from the Market Hall is the Snooty Fox, now a luxury hotel, but originally an Elizabethan inn. There are several other good examples of historic buildings in the town, and the local historical society has signposted many of these with plaques giving the origins and uses of the building.

One of these is Porch House, on Long Street, a 15th-century Grade I listed building with a tall porch added in the 16th century. At the west end of Long Street is the Tetbury Police Museum, a Victorian building that once housed the magistrates court and police station. This is now a museum dedicated to the Gloucestershire Constabulary and the history of policing in general.

A short walk down Chipping street from the Market Hall brings you to a wide, open space, now in use as a car park. This is The Chipping, which was in medieval times a market and gathering space for 'Mop Fairs', when locals would hope to find employment as domestic staff or agricultural labourers.

At the far side of the Chipping is a row of old weavers cottages on a small cobbled lane. A series of steps called the Chipping Steps descend the lane. This is one of the oldest sections of Tetbury. 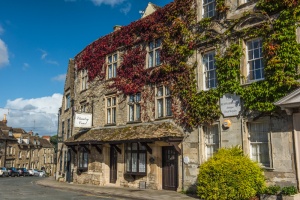 Historic buildings on the Market Place

The spire of St Mary the Virgin soars over Tetbury and makes an easy to recognize landmark for miles around. The church is located on the southern edge of town, on a mound that may have been the site of an early Saxon monastery. Below the church mound are remains of an earthwork enclosure and the suggestion of an Iron Age hill fort.

The church itself is a quite lovely mix of Georgian Gothic restoration on a medieval foundation. The interior boasts some early medieval tomb fragments, including that of William de Braose, a powerful baron in the time of King John.

In the north ambulatory are the recumbent effigies of Elizabethan nobles and two upright effigies of wool merchants. The churchyard boasts a lovely variety of table tombs. In the south ambulatory is an exhibition of local history, laid out as an historical timeline. See our article on Tetbury's historic church for more details >>

Every May bank holiday competitors from across the region gather in Tetbury for the annual Woolsack Race. This traditional event has its origins in the Middle Ages, when the wool trade was the lifeblood of the Cotswolds region, and Tetbury was a major wool and yarn market. The races are of later origin, probably dating to the 17th century when young drovers would show off by racing up the hill with bags of wool.

The race is run on Gumstool Street, which, apart from being one of the oldest streets in Tetbury, is also one of the steepest, with a grade of 1 in 4. Competitors run down the hill, pick up a woolsack weighing 60 pounds (for men) or 35 pounds (for women) and carry it back up the hill to the finish line outside the Crown Inn.

A plaque unveiled by HRH the Prince of Wales is set into the exterior of the inn to mark the finish line. I have walked the hill, and though it is not a great distance, there is a very steep stretch which I would not want to carry a heavy weight up! 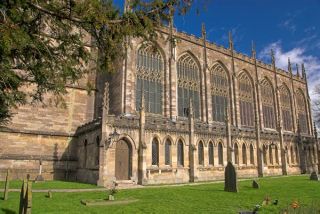 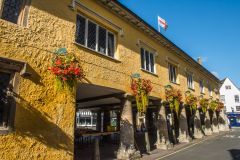 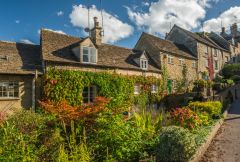 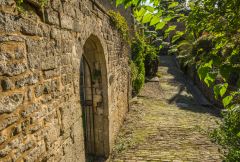 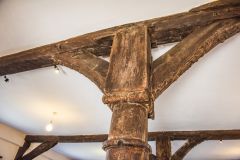 More self catering near Tetbury

More bed and breakfasts near Tetbury