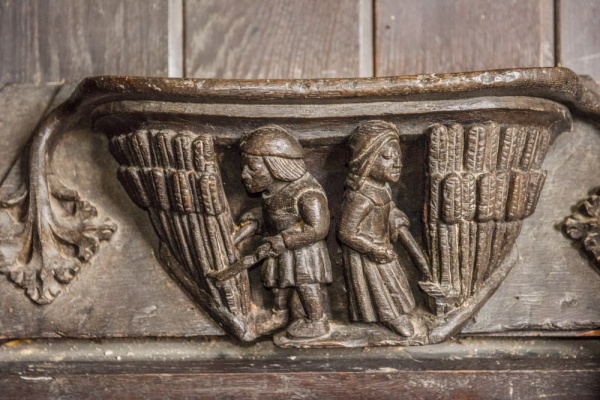 August, from the Labours of the Months

St Mary's church in the small Worcestershire village of Ripple is the largest parish church in the county, a testament to the days when Ripple was a major settlement, fed by transport links with the nearby River Severn.

Today the village is a quiet country retreat, with pretty cottages clustered around a medieval market cross. St Mary's church draws visitors to this quiet backwater to see one of the finest collections of 15th-century carved misericords in any English parish church.

The nave, aisles, transepts, and tower are all 12th century, while the chancel is a century later. The impressive west window contains stained glass by CE Kempe, and at the east end of the south aisle is a memorial window to Brigadier Peter Young, founder of the Sealed Knot society, known for their reenactments of Civil War battles. The east window holds glass by Bryans, who studied under Kempe.

The transepts were originally used as chantry chapels, founded by John Salemon, who gave money and land to pay for two chaplains to say prayers for his soul. Each transept was thus provided with its own altar, set beneath a recessed arch in the east wall. There are faint traces of medieval wall paintings over the altar arch in the north transept.

The medieval font was discarded at the Reformation and later discovered being used as a drinking trough for animals in a local cowshed. 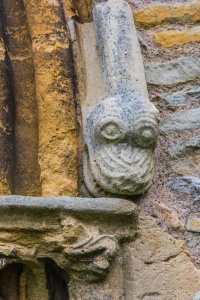 There are fragments of 15th-century glass in the south chancel windows, including some exceptional heads. Set below the north chancel windows are a pair of memorial brasses. One is to John Woodward (d. 1596), who served as a yeoman of the guard to both King Philip and Elizabeth I.

Beside Woodward's brass is another to his grandson, William who died in 1668. The Woodwards were traditionally wardens of the Forest of Malvern Chase, thus their arms depict a stag's head surrounded by oak leaves. In the floor of the nave is a gravestone to Katherine Woodward, an heiress who married John Dormer of Ripple Manor in 1638.

Set into the chancel floor is the gravestone of Sarah Hodges, who died in childbirth in 1652 at the age of 32, giving life to her 13th child.

There are 16 misericords. A dozen depict the 'Labours of the Months'; scenes of daily life throughout the year, while the final four depict the blessings of Providence.

The Labours of the Months 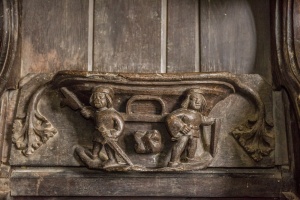 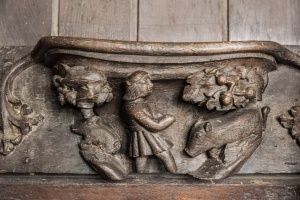 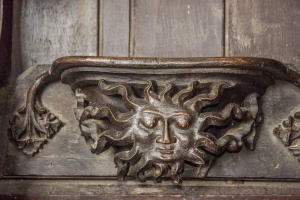 In the churchyard are two medieval cross bases and shafts, one with an 18th-century sundial set upon it. Another external feature is a pair of dragon head carvings flanking the west doorway arch.

I came to Ripple on a day so foggy that I could not see the church tower from the nearby medieval cross. I had to ask a local resident where the church was even though I was standing just 100 yards away from the churchyard.

The exterior, from all that I could see of it, was quite pretty, with a lovely gabled top to the tower. But it was when I entered the south porch that the magic the place hit me. The interior is bursting with interest.

There is an exhibition on Brigadier Young and the story of the Sealed Knot, but it is really the misericords that deserve the most attention. The carving is exceptional, on a par with - and possibly by the same craftsman - as those at nearby Great Malvern Priory.

Ripple church is normally open daylight hours and is well worth a visit - especially if you can see it without the fog that shrouded the exterior when I visited! 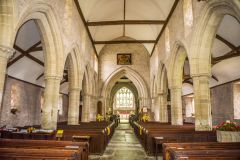 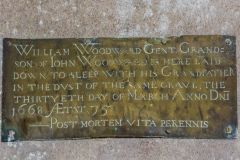 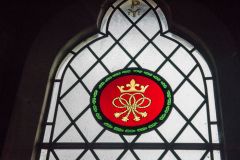 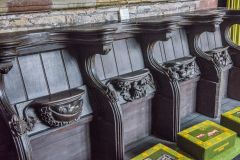