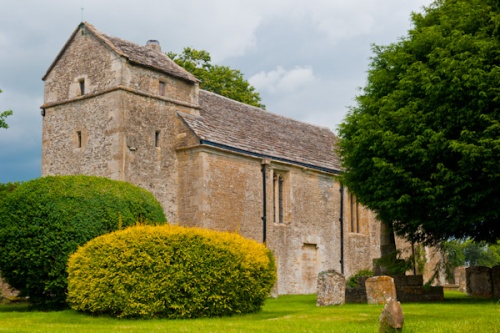 Of the three Ampney villages clustered within a few miles of each other (Ampney St Peter, Ampney Crucis, and Ampney St Mary) Ampney St Peter's church is perhaps the least rewarding historically, yet it still some very interesting historic features.

THE SHEELA-NA-GIG
Chief among these is a small carved figure of a Sheela-na-gig (aka shiela-na-gig), set on the wall beside the medieval font. Sheela-na-gigs are a relic of pagan folk customs, bawdy carvings of females, relatively rare inside churches. They are often a product of the Romanesque period, and probably reference an ancient fertility custom.

In St Peter's church the figure is less grotesquely over-the-top as most similar carvings. The carving has been defaced at some point, possibly during the Puritan era following the English Reformation, when such images would have been considered indecent and immoral at the very least. 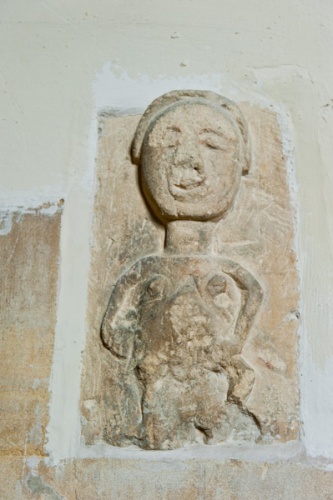 St Peter's church dates to the 12th century. That first building consisted of a small nave and tower, with no chancel. This explains why there is a piscina at the east end of the nave, where the original altar would have stood. The chancel and chancel arch were added in the late 12th century, when the font was crafted.

Other interesting features include an alabaster reredos dated to 1887. In the north window is a peculiar carving of a seated king with an orb. This odd figure was found in Iveson Place, opposite from the church, in 1908. It is not thought to be old, but no one is quite sure what it is supposed to represent.

In the churchyard is a 14th century cross with a modern head.

St Peter's is an intriguing small church with several interesting features. A visit can easily be combined with visits to the larger churches at Ampney St Mary and Ampney Crucis.

VISITING ST PETER'S CHURCH
There is very limited parking near the church. It is much easier to find a place just off the A417 or around the small green and stroll up to the churchyard. 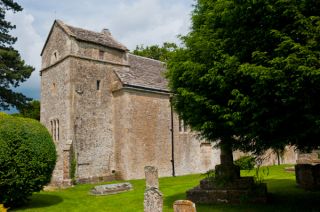 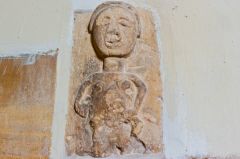 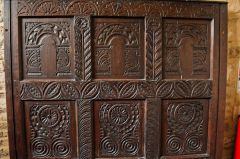