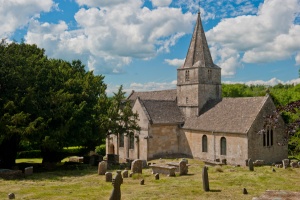 The small Cotswold village of Sapperton lies on the south bank of the River Frome, between Cirencester and Stroud. It is famous for the 18th-century Sapperton Tunnel, a 2 mile-long underground passage on the Thames-Severn Canal. King George III came to view the tunnel in 1788, and if he had detoured to view the church of St Kenelm, he would see exactly what modern visitors see today; an attractive medieval building set down in a dell, with a central tower topped by a striking spire.

The setting is picture-perfect, but the church is well worth viewing for its historical interest as well as the setting!

There was a church here at least as early as 1090, when we have a record of a priest appointed to the parish. There are remnants of Norman stonework around the belfry stair, but most of the building we see today is 13th and 14th century, with the addition of a Tudor north transept.

Perhaps the most fascinating historical feature of Sapperton's church is the wealth of Jacobean panelling used as bench ends in the nave. The panelling was part of the banqueting hall at nearby Sapperton Manor House. When the 1st Earl Bathurst bought the manor in 1730 he immediately tore it down to build a fashionable new house.

Rather than simply destroy the finely carved banqueting hall panelling he donated it to the church. The beautifully carved panels are not always of a traditional religious nature; some, indeed, mist have raised a few eyebrows for their rather risque nature! 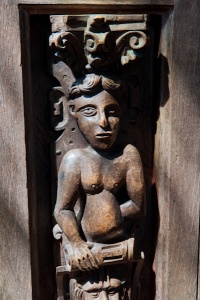 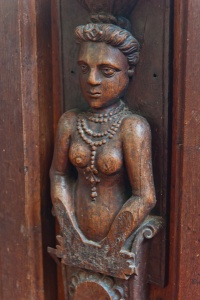 Figure of a woman 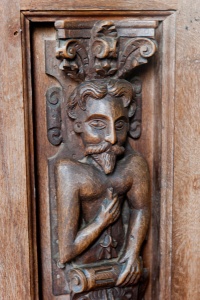 Figure of a bearded man 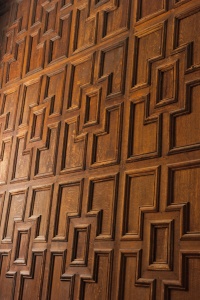 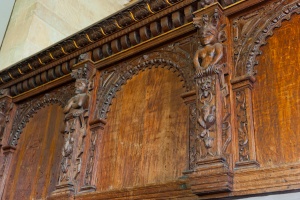 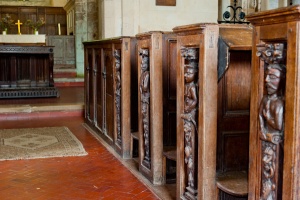 There are wonderful period memorials inside the church; in the north transept are the tombs to the Poole family, who owned Sapperton Manor from 1483-1661. The finest of these memorials is that of Sir Henry Poole (d. 1616) and his wife Anne. Against the east wall is a recumbent effigy of a knight in armour under a Renaissance canopy, dated to 1574. A tablet to another Poole, dated 1584, is in the chancel. 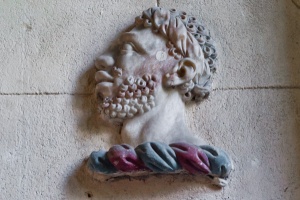 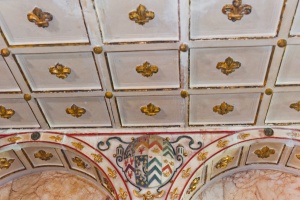 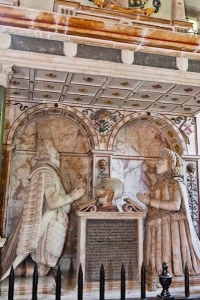 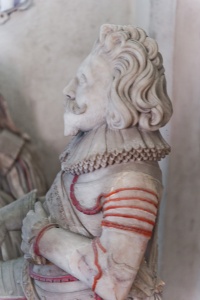 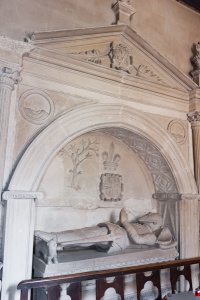 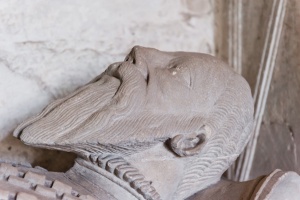 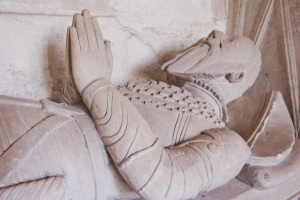 Another view of the effigy

Though the Poole memorials are beautifully carved, they pale in comparison to the amazing memorial in the south transept to Robert Atkyns of Pinbury Park. Atkyns (d. 1711) was also the author of 'The Ancient and Present State of Gloucestershire', the first printed history of the county.

His father was Speaker of the House of Lords and Chief Baron of the Exchequer, but Sir Robert rebelled against his father's Whig politics and became a leading Tory politician. He died of dysentery in Westminster, but his memorial stands at Sapperton, near the manor that his father bought in 1661.

This extraordinary monument takes up the entire east wall of the south transept, and is flanked by classical columns, and shows Atkyns reclining on one elbow, the curls of his full-bottomed wig cascading on either side of his head. His costume is a beautifully carved depiction of 18th-century gentleman's fashion, with a loose linen shirt, tight hose, and square-toed shoes.

His left hand rests on a closed book, presumably his history of Gloucestershire, which was published the year after he died. Above the effigy is an Ionic pediment with a painted and gilded coat of arms set between statues of Justice and Prudence. There is very sparing use of colour, so that the coat of arms stands out like a beacon of colour, drawing your eye to it. The effect is simply stunning. 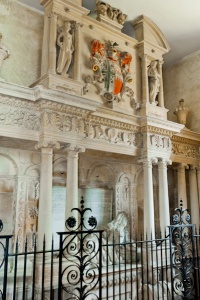 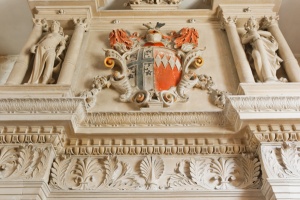 The Atkyns coat of arms 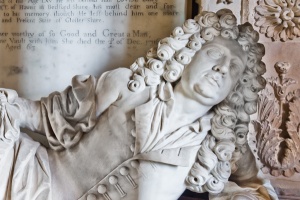 In front of the altar is a grave slab honouring Sir Henry Wentworth, who served as a Major General under Charles I in the Civil War. He died in 1644, the same year that the king made a royal visit to Sapperton. The octagonal font is 15th century, in Perpendicular style, with odd panel carvings of four connected circles.

Near the south chancel wall is the grave of Rebekah Mason, the first wife of the astronomer Charles Mason (d. 1787). Mason is best known for his association with surveyor Jeremiah Dixon. Together the two men surveyed a territorial boundary in the US that came to be called the Mason-Dixon Line, and essentially divided the North from the South.

In the churchyard is the shaft of a 15th century cross, on a plinth. Nearby are the graves of Ernest and Sidney Barnsley, furniture makers and leaders of the Arts and Crafts Movement. 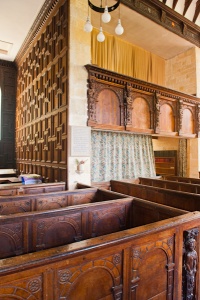 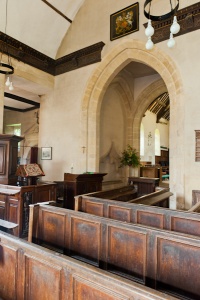 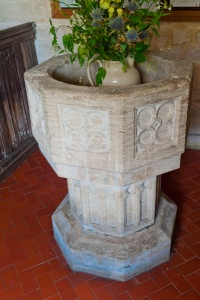 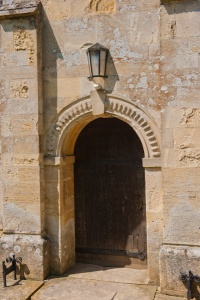 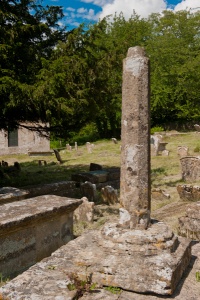 More self catering near Sapperton

More bed and breakfasts near Sapperton