Thames Head, the Source of the River Thames 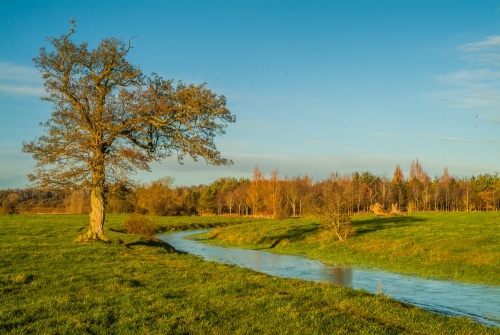 The official source of the River Thames is a spring in a field north of the Gloucestershire village of Kemble. Note the use of the word 'official' in the previous sentence.

There is no doubt that the water bubbling up to the surface from this underground spring does start the river on its journey to the sea, but the spring is seasonal, and you will only see water here during a wet winter or after heavy rain.

In very dry periods you won't see any water in the river course for several miles further south, but at most times of the year you will see water flowing between the spring and the village of Kemble.

Thames Head is in a field known as Trewsbury Mead, about 1.5 miles north of Kemble village, at Ordnance Survey reference ST980994. The spring is 360 feet (110m) above sea level. 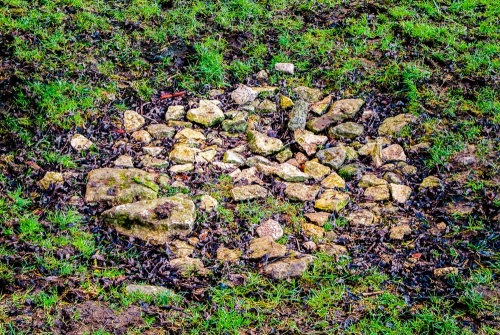 But is it the Source?

The Churn flows 16 miles (25km) from Seven Springs to Cricklade in Wiltshire where it joins the Thames. The Churn's length to its confluence with the Thames is much longer than the Thames' length from Thames Head to the confluence, leading some people to argue that the source of the Churn is actually the source of the River Thames. If that were accepted, the extra 11 miles from the source would make the Thames the longest river in Britain and bump the Severn into second place.

But let's not quibble - the spring at Thames Head is the official source of the Thames, even if you can't always see water seeping up to the surface. 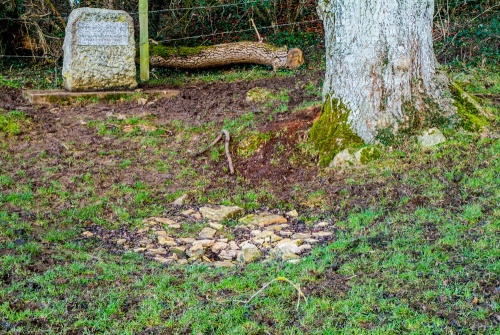 The spring and commemoration stone

A basin of small stones marks the site of the spring and there is a memorial stone with an inscription just behind the spring. The stone's very worn inscription reads

The stone was erected by the Thames Conservancy, the body that managed the upper reaches of the Thames at that time. 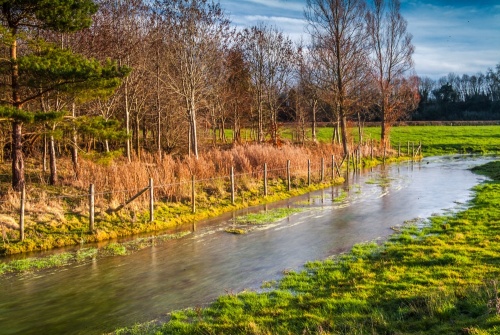 The Thames on its way to Kemble

From 1958 to 1974 a statue of a river god dubbed 'Old Father Thames' stood at the Thames Head site. It was then moved to St John's Lock near Lechlade. The statue was made to stand in the grounds of the Crystal Palace for the 1851 Great Exhibition. 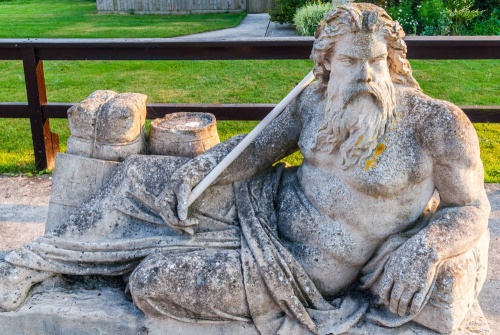 The easiest way to reach Thames Head is from Kemble. Approaching from Cirencester, park at a layby on the A429 as you pass over a disused railway cutting just before Clayfurlong Farm. You will see the Thames Path National Trail signpost (look for the acorn symbol). Follow the Thames Path north and west across the field.

Cross the A433 and follow the path across another field to Thames Head. You will see the memorial stone beside an old alder tree, and in a depression at the foot of the tree you will see the stone-lined spring - full of water if you are lucky!

From Kemble to Thames Head is about a 30 minutes walk. The going is level, but the fields can be wet, especially after rains, so waterproof footwear is a good idea.

NB. The photos for this article (except for the one of Father Thames) were taken on a family walk on Christmas Day - what a way to celebrate the holiday!

More self catering near Thames Head