HERITAGE HIGHLIGHTS:   The 7th-century church of All Saints 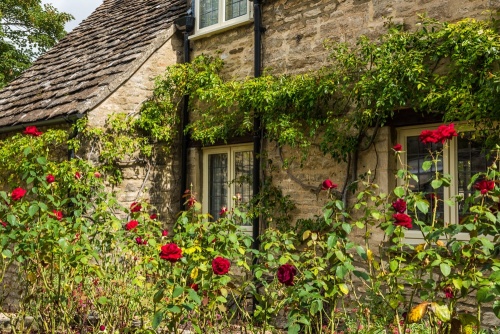 Somerford Keynes is a pretty Gloucestershire village in the Cotswold Water Park, near the Wiltshire border and roughly five miles from Cirencester. Until 1897 the village was part of Wiltshire but when civil parishes were created in that year the residents voted to be part of Gloucestershire by a vote of 3 to 2!

Archaeological excavations show that there has been human activity here since at least Roman times but the present village grew up in the late 7th century when land here was granted to Malmesbury Abbey by Berhtwald, a nephew of King Ethelred.

The village name comes from a combination of Somerford (a ford that can only be used in summer) and Keynes, for the Keynes family, lords of the manor in the medieval period. The name is an English mangling of the Norman village of Cahaignes where the family originated.

The monks of Malmesbury had built a stone church by AD 695, and a doorway from the 7th-century building is incorporated into the north wall of the 13th-century parish church of All Saints. Other historical features of All Saints Church include the 1654 tomb of Robert Strange, the lord of the manor. 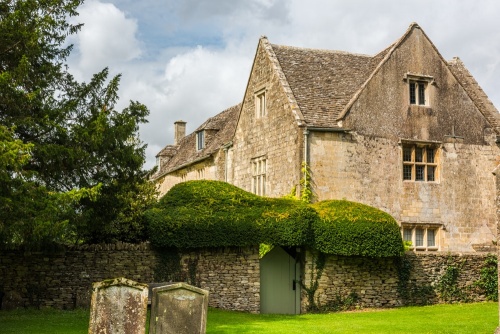 The 15th-century Manor House from the churchyard

The 15th-century Manor House is visible over the churchyard wall immediately west of the church. The late-medieval house was extended in the 1630s and again in 1924. There is thought to have been a manor house here since the 14th century.

Don't confuse the Manor House with Somerford Keynes House, just south of the church on Main Street. Somerford Keynes House was built in 1804 and served as the vicarage until 1916. Between the house and the street stands a large stable block with accommodation for coaches and horses. The stables were built in the late 19th century and are now converted into cottages. 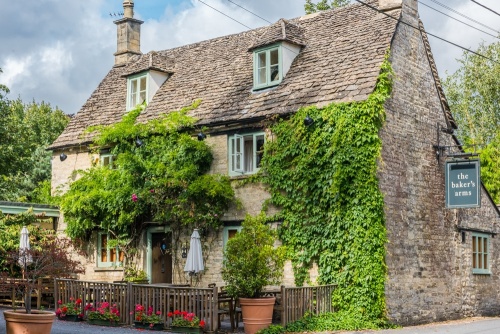 Also on Main Street is the Baker's Arms pub, a lovely country inn dating to the early 18th century. On Lower Mill Lane is The Old School House, built in the late 18th century and still retaining the original school gallery.

The Thames Path National Trail runs through the southern edge of the village on its way to the source of the River Thames at nearby Kemble. Our family can highly recommend the walk along the Thames to the neighbouring village of Ashton Keynes. 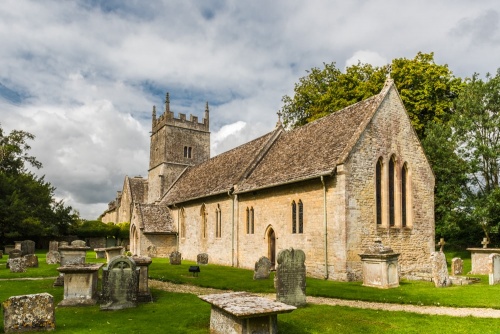 Two country parks are on the outskirts of Somerford Keynes. To the south-west is Neigh Bridge Country Park, while Keynes Country Park is just east of the village. Both country parks are centred on large lakes created from old gravel quarries that were flooded to create the Cotswold Water Park in the 1960s.

Somerford Keynes was recorded in the Domesday Book of 1086 when estates here were owned by the Bishop of Lisieux. 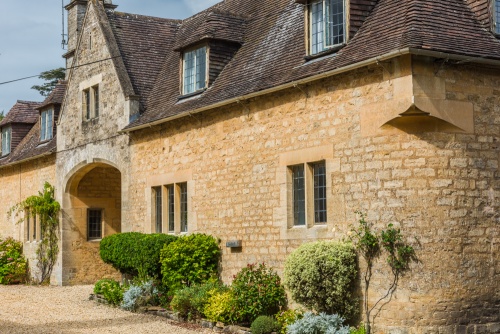 Somerford Keynes is located within the Cotswold Water Park and is reached via the Spine Road (West), off the B4696. It can also be reached directly from the southern edge of Cirencester via Spratsgate Lane, off Somerford Road.

More self catering near Somerford Keynes

Self Catering near Somerford Keynes