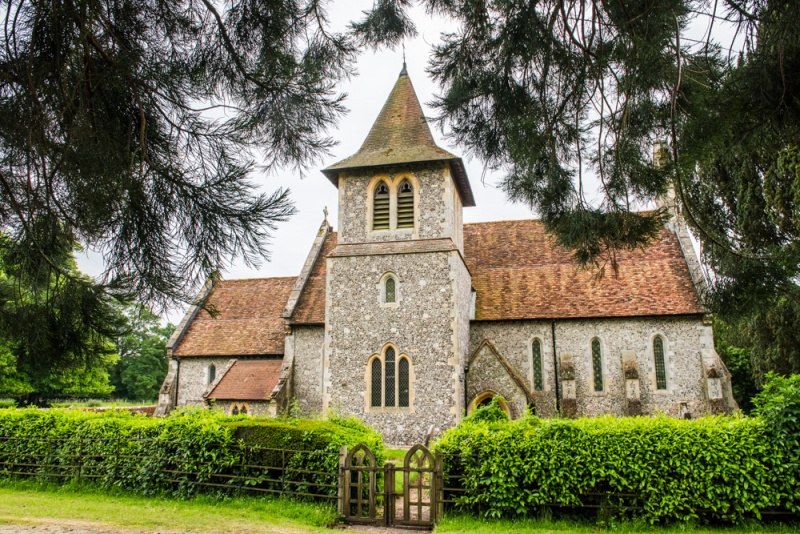 St Peter, East Tytherley, the Church in the Field

The Church in the Field

The village of East Tytherley is spread out along the rural road between Lockerley and West Tytherley, without any discernable village centre. Just north of the village hall stands the parish church of St Peter, set back from the road looking out over farm fields. The church is known for obvious reasons as 'The Church in the Field'.

The history of Tytherley goes back to at least the late Saxon period. Local tradition says that two manor tenants fought and died in King Harold's army at the Battle of Hastings. At the time of the Domesday Book in 1086 the manor was held by Alwi the son of Saulf.

In 1335 Edward III granted the estate to Queen Philippa, and she held it until her death in 1369. The estate passed from royal hands in 1408, but the royal connection with East Tytherley was not over. In 1558 Thomas Bainbridge, son of the lord of the manor, was burned at the stake by Queen Mary during her attempts to return England to Catholic worship.

A large manor house stood beside the church since the reign of Henry III, but this fell into disrepair and was pulled down in 1903, leaving the church without any neighbouring buildings.

The church is a simple building, with a nave, chancel, north transept tower, south transept, and north porch. The chancel and nave were built in the 13th century and remained unaltered until a comprehensive Victorian restoration from 1863, when the porch, vestry, transept, and tower were added. During building work on the tower foundations, a silver penny dating to the reign of Henry III was discovered.

Most of the interior fittings are 19th century, though some late 17th century carved mouldings were reused in the pews and choir stalls. The wooden communion rail was brought from the manor house, and the credence shelf is constructed with pieces of a 17th-century communion table.

The oldest feature in the church is the 13th-century octagonal font, carved with moulding at the base and stem. 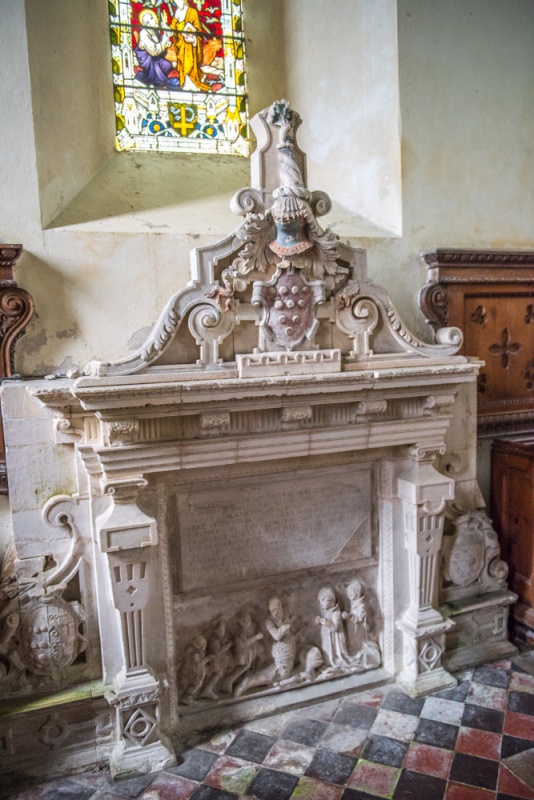 The Victorian restoration swept away most of the medieval tombs, with one notable exception. At the west end of the nave is a striking 16th-century memorial to Richard Giffard, who died in 1568 at the age of 69.

There are small effigies of Giffard and his wife Anne. Richard is shown dressed in armour, while Anne and their three sons William, John, and Henry are shown in civilian dress, as is their daughter Katherine, wife of Sir Henry Wallop of Farley. The top of the memorial is beautifully decorated with the Giffard arms. On the tomb is a funeral helm with a wooden crest.

In the vestry window is a small section of 13th-century glass depicting St Peter, and there are two more fragments of medieval glass in the porch windows, showing a bishop and archbishop.

St Peter is a delightful country church, but it is the setting amid fields that makes the church so appealing to visit. St Peter's is kept open for visitors. I visited in the very late evening, about 8pm, and found the church still open. 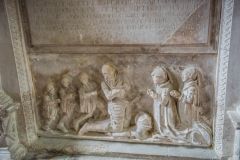 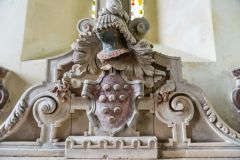 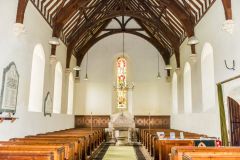 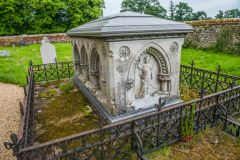 More self catering near East Tytherley

Self Catering near East Tytherley