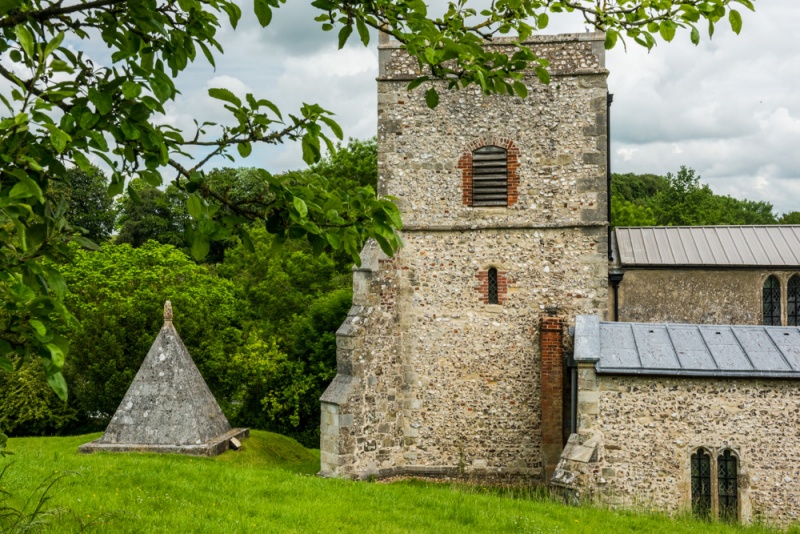 Nether Wallop has been called one of the prettiest villages in England, and with good reason. It is full of beautiful historic cottages, may of them thatched. The parish church of Nether Wallop is St Andrew's, located at the end of Church Road, tucked into the side of a steep hill.

The church dates to the late Saxon era, probably in the first decades of the 11th century. At that time Nether Wallop was the property of Earl Godwin, the Earl of Wessex. In 1020 Godwin married Princess Gytha and their daughter Eadgith married Edwards the Confessor in 1044. Better known to history was their son Harold, who briefly became king of England before losing his crown to William the Conqueror at the Battle of Hastings in 1066.

Gytha held the manor of Nether Wallop after Godwin's death, but when William defeated Harold at Hastings he seized all Harold's manors for his own use. Thus Nether Wallop became a possession of the crown. In 1160 Henry II gave the church to York Minster, and the Minster retains the right to present the living of Nether Wallop to this day.

Near the end of the 12th century a south aisle was added, and a north aisle in the early 13th century, when the chancel was lengthened. The chancel was enlarged again in the 15th century, when both aisles were widened. Between the nave and chancel is an odd compartment, similar to a crossing, with reused 12th and 13th-century capitals on the arches. 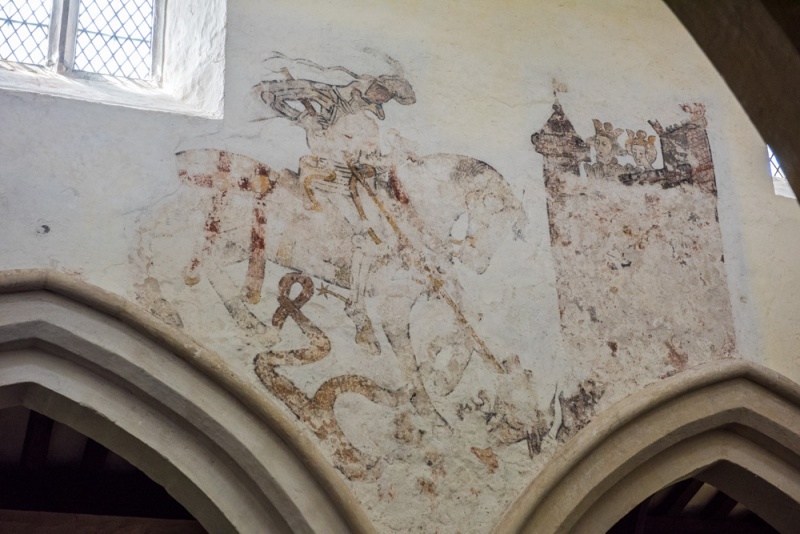 The tower dates to 1704, but incorporates stonework from a much earlier tower. On the west wall is a plaque to 'M. William Cleverly, John Leach, Church Wardens, Thomas Muspratt, Masons, Ano mdcciii', marking the rebuilding of the tower.

You enter the church through the north porch, with a Norman arch and a worn 14th-century oak door.

Though it looks late medieval, the font is actually a modern copy in Perpendicular style. The pews are 17th century and there is finely carved panelling in the quire. In the north aisle is a stone slab thought to have been used as an altar slab. Set into the nave floor under a carpet is a memorial brass to Mary Gore, abbess of Amesbury, dated 1437. This is thought to be the only brass of an abbess in England. It is possible that the medieval wall paintings were Abbess Gore's work.

In the north aisle is a slab that once supported the brass of a bishop, or mitred abbot. In the chancel floor is a grave slab to John Miller, who died in 1647. Look for the coat of arms, depicting a mill-rind flanked by greyhounds. A second slab commemorates his wife Esther, who died in 1697.

The most striking monument is outside the west end of the church. It is a peculiar memorial in the shape of a large pyramid, commemorating Francis and Anne Dowse, who died in 1760 and 1757 respectively. 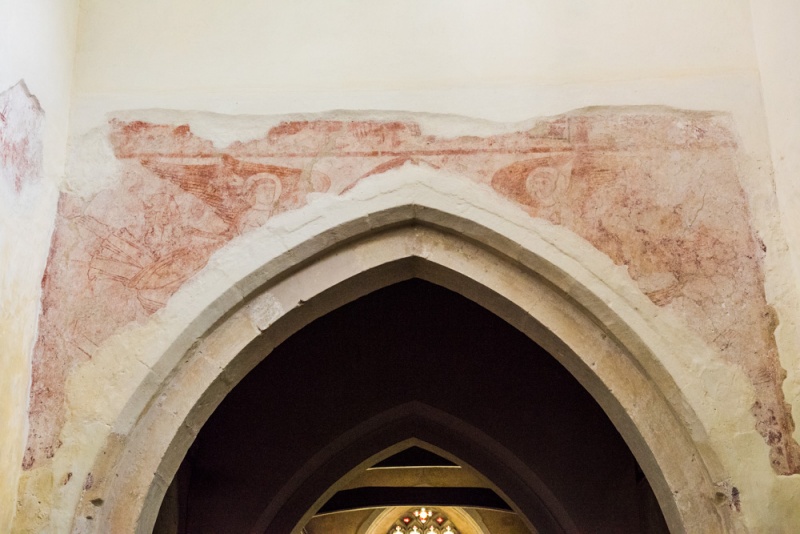 These memorials are interesting, but the main reason to visit St Andrew's church is a series of Saxon wall paintings thought to be the only Anglo-Saxon painting in situ in any English parish church. We tend to associate wall paintings with the medieval period, and even then it is exceptionally rare to find paintings any earlier than the 13th century. This makes the Nether Wallop wall paintings completely unique, and a remarkable historic treasure.

Over the chancel arch is a seated figure of Jesus, known as Christ in Majesty, set within an oval frame, surrounded by angels. When the arch was widened in the Norman period part of the central figure was lost, but you can make out the figures of flying angels. This is the only known piece of a Saxon mural painting in existence.

Over the nave arcades are 15th-century wall paintings representing Biblical scenes. One depicts the story of the Sabbath Breakers, and was intended to be a moral lesson not to work on the Sabbath. The painting shows work tools inflicting a wound on Christ's leg. It is fascinating to see the array of tools, all used in the early 15th century. You can make out a set of scales, a quern for grinding corn, an axe, a knife, and many more.

To one side of this is a depiction of St George slaying the dragon to rescue Princess Cleodolinda, the king's daughter. The dragon figure is worn, but you can see the coils of his tail. St George is watched by the king and queen.

Each has a different expression; the king looks on in admiration at the knight's skill in vanquishing the dragon, while the queen is alarmed for her daughter's safety. Unfortunately, the figure of the princes has been lost, but it is a vivid depiction of the popular tale.

In the splay of a window in the south wall is a painting of St Nicholas of Myrna. Over the tower arch is a wall painting of a bell, dated to the 18th century. The oldest bell in the tower above was cast in 1851 and is inscribed with the words 'Be meek and loly [sic] to hear the word of the Lord'.

I have been fortunate to visit the church twice, and highly recommend it. I suspect most people visit Nether Wallop to enjoy the picturesque old buildings, which is understandable, but don't miss St Andrew's Church and its wonderful wall paintings! 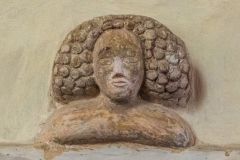 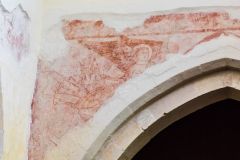 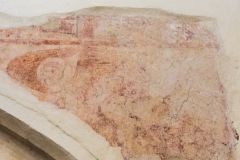 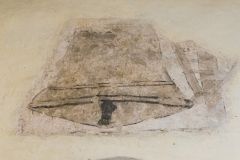 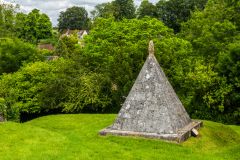 More self catering near Nether Wallop