HERITAGE HIGHLIGHTS:   The oldest church bell in the world, c. 1260 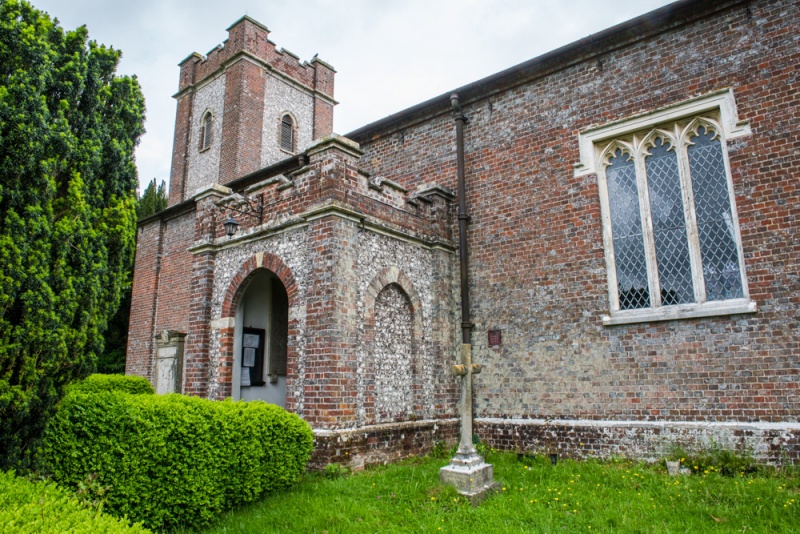 The village of Tytherley is an ancient one; it was recorded in the Domesday Book at Tederleg. The name means a young wood. The wood may have been young in Norman times, but today it is well developed.

The medieval church stood where the graveyard is now, below the road to East Tytherley. You can still see the layout of the foundations. That church was built over the period 1190-1260. By the early Victorian period that church was in very poor condition.

At a Vestry meeting on Boxing Day 1831 the decision was made to pull down the old church and build a new one on a plot of land given by Charles Baring Wall. That very day parishioners began to pull down the medieval building.

Flint from the medieval building was used to construct the new church, which was completed with quite remarkable speed, and consecrated on 19 April 1833. The sloping path to the south gate was made to allow Miss Baring to access the church in her pony trap. 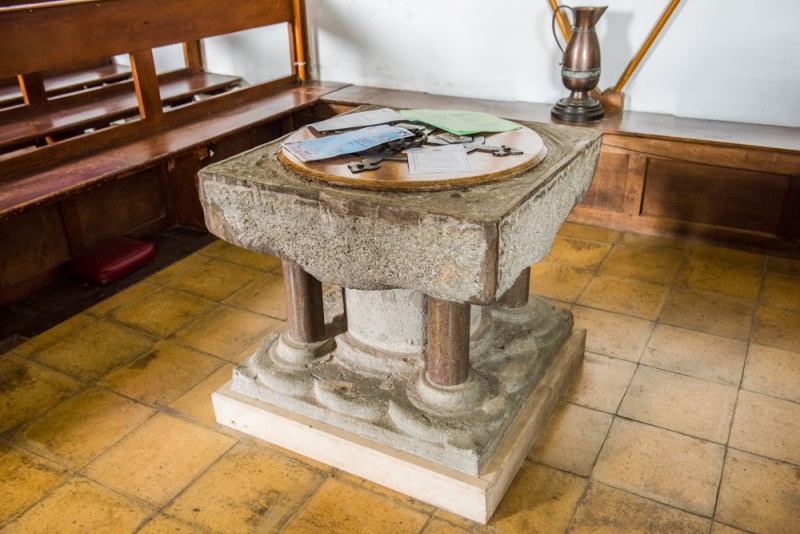 The church architect was G. Guthrie and the clock was made by Thwaites and Reed of London around 1851. At the west end is a musicians gallery, accessed from the bell tower. Hung from the gallery is a royal coat of arms to William IV, probably made when the church was built. The organ was made about 1860, but the stops appear to have been made a century earlier.

Under the gallery is a board commemorating the contribution to the church of the Incorporated Society (Incorporated Society for Promoting the Enlargement, Building and Repairing of Churches and Chapels). The Society gave money for 120 seats, on condition that they remain rent-free. This is a reminder that many churches raised money by renting pews to parishioners.

One feature that survived the old church is the font, made of Purbeck marble around 1200. This was removed from the church, possibly during Oliver Cromwell's Commonwealth, and used as a cattle trough. It was returned to the church relatively recently and restored.

Many memorials from the medieval church were rescued and installed in the new Victorian building. Most commemorate members of the local Thistlethwayte and Whitehead families. 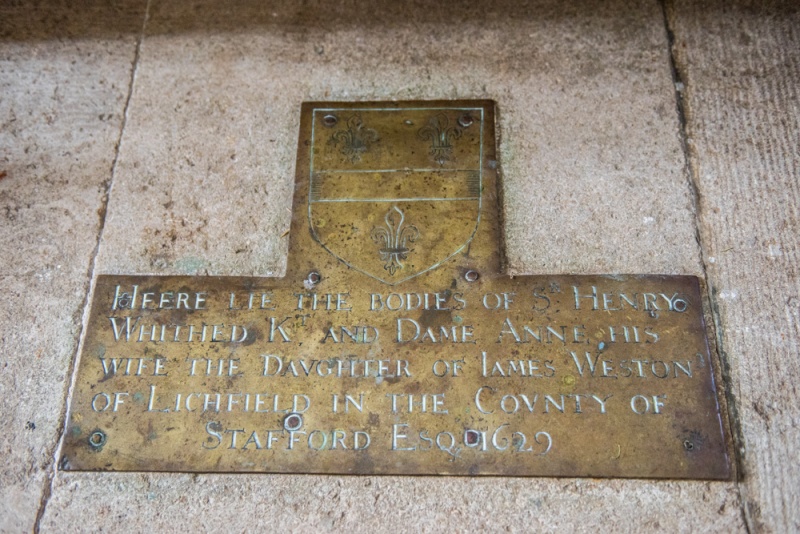 Set into the nave floor are several memorial brasses to the Whitehead family, lords of the manor from the 15th-18th century. The best is to Anna Whittehede (Whitehead), who died in 1480. The epitaph (translated from Latin) reads:

Here lies Anna formerly wife of Maurice Whittehede Knight, daughter and one of the heirs of Thomas Hampton gentleman, who died on the 20th August AD 1480, on whose soul may God have mercy Amen.

The Oldest Bell in the World

The chief historic treasure of St Peter's church is not immediately obvious, for it hangs in the belfry. There are three bells, hung in a huge oak frame. The oldest bell has been dated to 1260 and is thought to be the oldest bell in the world. The treble bell dates to the 14th century, and was probably cast at Salisbury. It is 23 1/4 inch diameter, and is inscribed with the words 'Sante Thome'. The third bell dates to 1725, and was also cast in Salisbury.

NOTE
I did some research after visiting West Tytherley, and discovered that the title of world's oldest church bell is a bit contentious. The oldest complete ring of bells is at St Lawrence Church in Ipswich, Suffolk, but the oldest single church bell anywhere in the world appears to be held at the National Museum of History in Sofia, Bulgaria, and dates to 1211-1216. If the date 1260 for the West Tytherly bell is accurate, it is certainly one of the oldest, if not the oldest, church bells in the world.

St Peter is an intriguing 19th-century country church in a pretty village, boasting some extremely interesting memorials and brasses. The church was open when we visited. 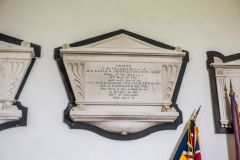 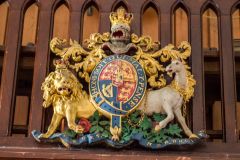 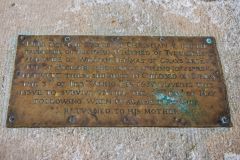 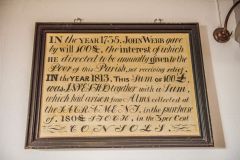 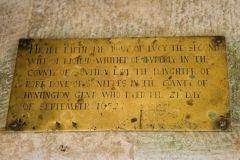 More self catering near West Tytherley

Self Catering near West Tytherley