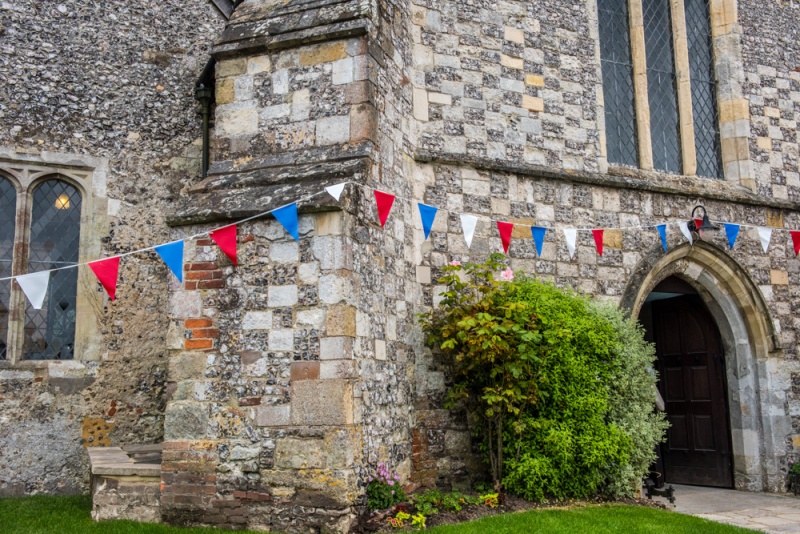 The full name of this lovely church says a lot about its history; the complete dedication is St James Without-the-Priory Gate, because it was built just outside the gates of a 12th-century priory.

In 1133 Henry I founded a priory for Augustinian monks at Portchester, within the walls of the old Roman fort. Around AD 1145 the priory was moved to Southwick, several miles further inland. The priory was built beside an existing chapel which may have stood since the late Saxon period. You can still see the partial remains of Southwick Priory just east of the village, beside the golf course.

The church was a 'peculiar', that is it was privately owned, and not subject to Church of England control. The chaplains have always been appointed by the lords of the manor of Southwick.

After the Dissolution of the Monasteries under Henry VIII the Southwick estate was purchased by John Whyte, who seems to have taken a personal interest in the parish church. Whyte had the church restored shortly around 1566. 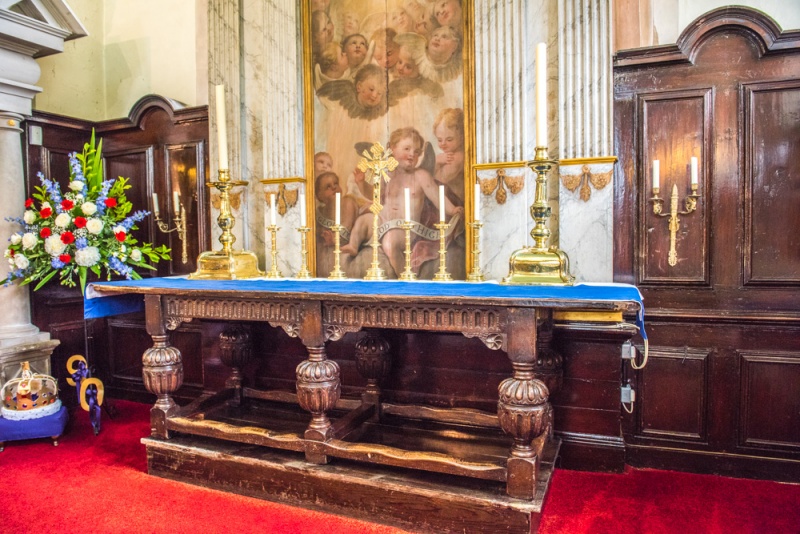 Charles I visited Southwick in 1628 as a guest of Sir Daniel Norton, and was worshipping in the church when news reached him that his friend and favourite the Duke of Buckingham had been murdered in Portsmouth. The close ties between the monarch and the Norton family did not last, for Sir Daniel's heir, Colonel Richard Norton, fought for Parliament in the Civil War and signed the king's death warrant.

The church is entered through a 14th-century west doorway, leading under a gallery supported on painted and carved pillars. On the gallery is a dedication board recording the gift of Mrs Honor Wayte, who left 20 shillings a year to the poor of the parish in 1559. Over the chancel entrance is a framed copy of the Lord's Creed, thought to date to the reign of Elizabeth I.

The north aisle arcade is decorated with capitals in Tudor Gothic style, brought here from the Priory when it was suppressed. Fragments of medieval stained glass from the Priory have been inserted into the east window of the Lady Chapel. One pane shows a pelican, the symbol of piety and sacrifice.

Under the Lady Chapel arch is the chest tomb of Sir John Whyte and his first wife, Katherine. The base of the tomb dates to the 15th century. The slab, inset with brasses of the couple, is of mid-16th century date, and the canopy was added when the church was restored by Whyte.

The north panel shows weathering, suggesting that it once stood in the open air, probably at the Priory. So what we have is a late medieval chest tomb from the Priory that was moved into the church and re-used by Sir John Whyte to create his own tomb.

Katherine died in 1548, and John in 1567, just a year after the church restoration was complete. The brasses date to 1520, and figures of the couple's daughters were added to the existing figures of children, and Whyte heraldic symbols added. 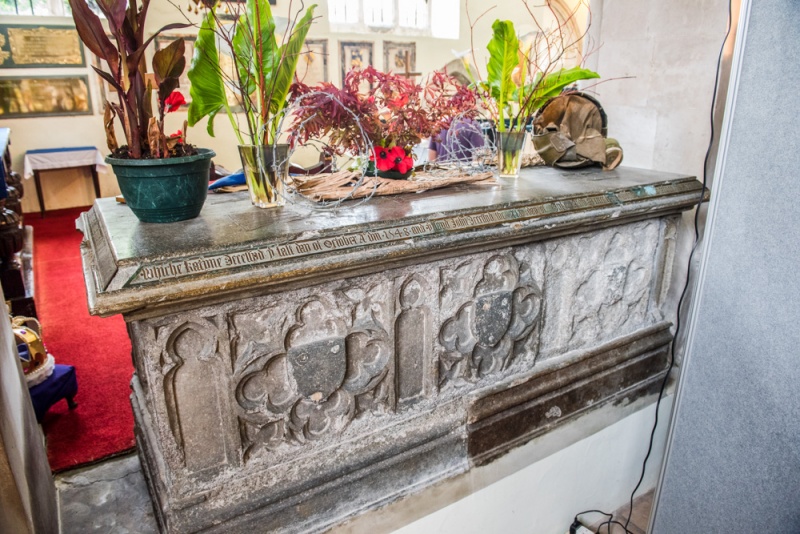 The Whyte chest tomb, 15th-century base

Near the organ is a memorial to Solomon Ferris, captain of the HMS Hercule, who died in Jamaica in 1803 after a naval career spanning the American War of Independence, the French Revolution, and Napoleonic Wars.

One of the most interesting historic features is the large 12th-century font, with an octagonal bowl featuring blind arcading. Nearby is a funeral hatchment to Mary Anne Thistlethwayte, who died in 1821. Set high on the wall is a memorial tablet to Richard Field, (d. 1754). Beside a window is a brass plaque to Anne Whyte, wife of the John Whyte who rebuilt the church. No date of death is given, but it is thought that she died in 1557. Perhaps John Whyte decided to rebuild the church to honour his wife's passing.

Near the Whyte brass is a wall plaque to Edward Wynn (d. 1748). Wynn was a servant in the employ of Richard Norton, squire of Southwick. Look for the poignant memorial to Jeffry Borthwick, who died in 1884 at the age of just three.

The gilded reredos behind the altar dates to the early 18th century. This is a magnificent example of painted woodwork by an Italian artist. Golden cherubs abound, and garlands frame a centrepiece of angelic figures surrounding a dove descending from Heaven. The altar dates to the 16th century and on it are 17th-century candlesticks given by Richard Norton, a descendant of John Whyte.

One of the highlights of the church are the unrestored 17th-century box pews in the chancel. There is a large squire's pew and another large pew for the ladies of Southwick House. The matching pews in the nave are replacements, made after the originals were damaged by woodworm. The triple-decker pulpit has a fascinating collection of historic woodwork; the upper part is Elizabethan, and the base is 17th century.

In the churchyard is the grave of William Lewis, a poacher, who was exiled from Southwick by the squire, Richard Norton. When Lewis became ill he was allowed to return and he died shortly thereafter. The epitaph makes it very clear that the squire was blamed for Lewis' death:

St James Without-the-Priory Gate is a lovely historic church in a picture-postcard village. The church is usually open daylight hours and visitors are welcome. 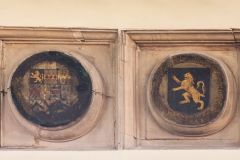 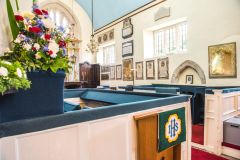 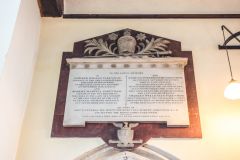 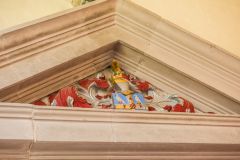 More self catering near Southwick

More bed and breakfasts near Southwick