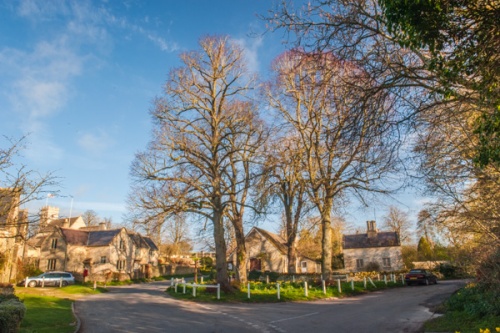 The village green in Swinbrook

Swinbrook is a quiet Cotswold village just a few miles from Burford, famous for the striking 17th-century Fettiplace Monuments in the small church.

It is easy to overlook Swinbrook while touring Oxfordshire. It is set in a quiet dell, below the busy A40, yet so well protected from the traffic noise that it seems a world apart. The architecture is typically Cotswolds; pretty cottages of warm-toned stone. 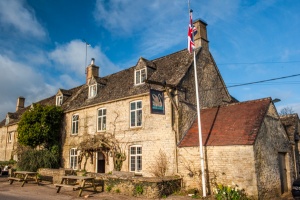 There is a village pub, but little in the way of "attractions" - that is not a critique at all, for Swinbrook ranks high on my list of favourite Cotswold villages. There is about the place a sense of timelessness and continuity.

A very small green sits before the village hall. A few steps up the road from the hall, a set of stairs leads up to the small parish church of St Mary the Virgin. Beyond the church is the grave of novelist Nancy Mitford, author of "Love in a Cold Climate". But it is within this unpretentious exterior that real delight awaits the visitor.

The holders of the manor of Swinbrook during the 17th century were the Fettiplace family, who were at that time one of the biggest landowning families in Oxfordshire and Berkshire, and were reputed to own property in 15 counties.

No trace now remains of their manor house, but the Fettiplaces left another reminder of their presence here; a set of two striking wall tombs. Each tomb shows three male Fettiplaces, recumbent - and looking anything but comfortable - upon stone or marble shelves. Both tombs date to the 17th century. 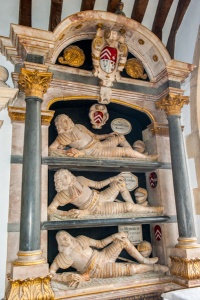 One of the
Fettiplace monuments

As you walk up the nave to the choir, the first tomb that you come to is the earliest, and much the simpler of the two. The second tomb, which dominates the north wall of the sanctuary, was built later, and gives the distinct impression that those responsible were determined to outshine the makers of the first tomb. It is also far more ornate, with fanciful gilding of the effigies and a colourful family crest being the most obvious examples.

When you turn your attention from the Fettiplace extravagances, look down. The row of seats which line the choir possess some striking, and humourous, medieval misericords (see our Photos of Swinbrook for examples). Also notice the ornate memorial built onto the nave pillar nearest the south door.

At the southern edge of the village, on the banks of the River Windrush, is the Swan Inn, a good place for a quiet pint by the river. The Swan made an appearance in the popular television series Downton Abbey.

If you fancy a scenic drive when travelling to or from Swinbrook, pass the church on your left, and carry on up the road. Turn left onto the signposted single track road which takes you over the hills to Fulbrook. The views from the top of the hill are lovely. 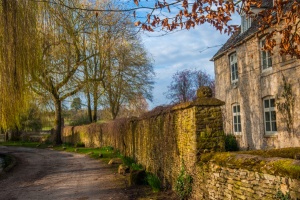 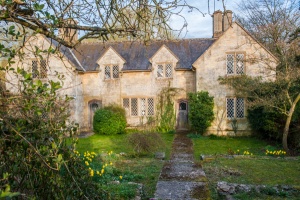 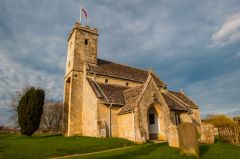 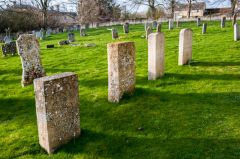 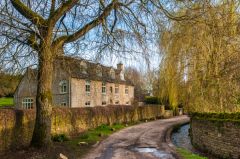 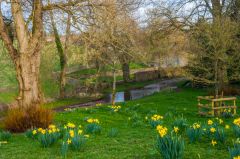 More self catering near Swinbrook

More bed and breakfasts near Swinbrook

Self Catering near Swinbrook