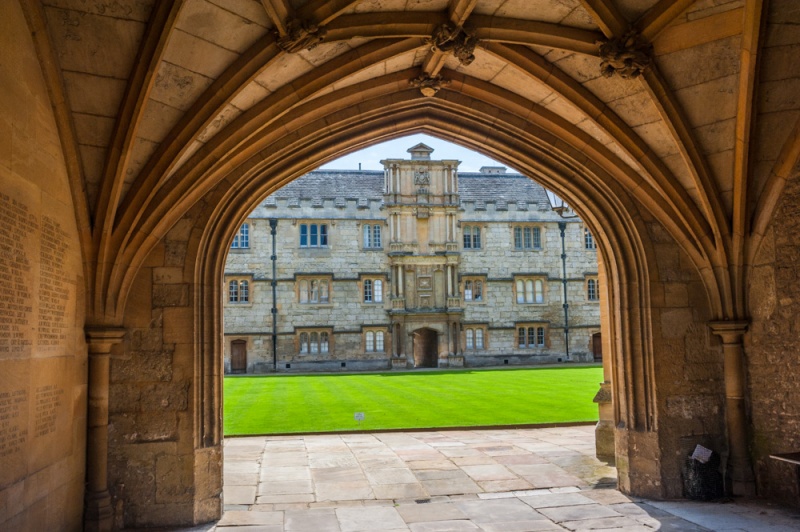 It was unique in that Bishop Merton's statues laid out rules for a college community, rather than simply a place to house students.

Merton Hall dates to 1277, and "Mob Quad" is the oldest Oxford quadrangle, built between 1288 and 1378. The first phase to be built was the Treasury, from 1288, followed in 1304 by the Sacristy, north and south ranges, and the Library in 1373. Mob Library is the oldest university library in the world.

Merton owes its existence to Walter de Merton, Bishop of Rochester. In 1262 Bishop Merton made money from his estates in Surrey available for the maintenance of a new college. He must have been uncertain whether to establish his new college at Oxford or Cambridge, for he bought land in both places!

In 1266 he purchased a plot of land in Oxford from the Abbot of Reading. There was already a parish church on the site, but when the rector died Bishop Merton took over the church as well. The first students were accepted in 1270.

Merton College originally supported just 20 fellows, and undergraduates were not admitted until after 1380.

Bishop Merton made plans for a huge chapel, but only the choir and transepts were completed. The chapel was begun about 1290 to replace a parish church on the site of Mob Quad, and it remains one of the finest in Oxford. The ante-chapel was added in the late 14th century and the striking tower was finished in 1450. The large east window is especially notable - it contains its original stained glass - and the screen was designed by Christopher Wren in 1673.

The chapel also contains a 1613 bronze bust of Sir Thomas Bodley, founder of the Bodleian Library. The early 16th-century lectern is one of the finest pre-Reformation examples in England. The chapel was remodelled in neo-Gothic style during the Victorian period through the efforts of William Butterfield (who also designed Keble College) and Sir George Gilbert Scott.

The college gatehouse was added in the early 15th century after Henry V granted Merton the right to crenellate (add battlements to the college).

The Warden's Lodgings over the archway at the east end of the hall date from 1497. It was here that Queen Henrietta Maria stayed when Oxford was home to the royal court during the Civil War. Merton was the only Oxford college to support the Parliamentarian cause during the Civil War.

The main reason for their Parliamentarian support was that the college fellows resented the interference of Archbishop Laud in their affairs. When the war broke out the college was moved to London. As a result, its empty buildings were commandeered by the crown and used to house most of the royal court.

The college gardens stand in what was the south-west corner of the medieval city walls. In the garden is a mulberry tree planted in the 17th century. On the west side of the Grove Building stands a memorial to mountaineer Andrew Irvine, who died in an assault on the summit of Mount Everest in 1924.

Notable students of Merton include four Nobel laureates, including poet TS Eliot, and the author JRR Tolkein. William Harvey, known for his work on the circulation of the blood, was a student here, as was the religious reformer John Wycliffe.

The college is open most afternoons and has longer opening hours most weekends. A fee applies for entry. 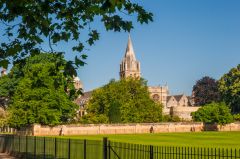 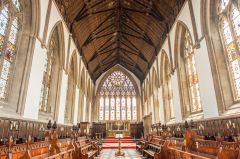 More self catering near Merton College