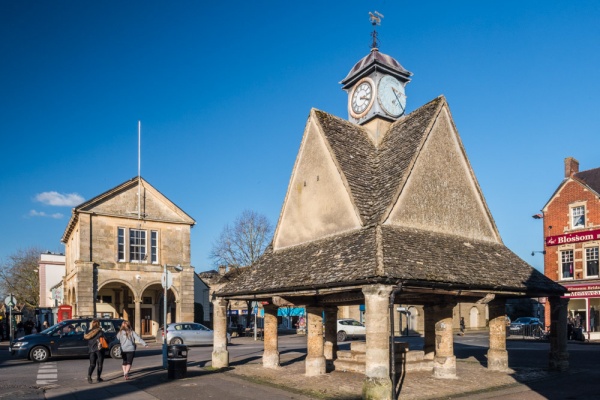 About Witney
The historic market town of Witney is located in west Oxfordshire, about 10 miles from the county town of Oxford, in the valley of the River Windrush. The broad High Street is lined by attractive older buildings and modern shops, many built of warm-toned Cotswold stone.

There was a settlement here in the Saxon period, when the town was in royal hands and was used as a meeting place for the king's council. In 1044 the manor of Witney was granted to the Bishops of Winchester, who built a palace near the current church. During the 13th century, Witney grew to importance as a centre of the wool trade and built a thriving industry based on cloth making.

In time the town specialized in the making of blankets and gloves, the high quality of which was said to have been a result of the properties of the River Windrush water used in the weaving process.

At the height of its popularity as a blanket manufacturing centre in the late 17th century over 3000 people in Witney were engaged in the trade. The Woolgate shopping area is a reminder of those heady days of the wool trade; this was where the blankets were weighed and measured to ensure they lived up to Witney's high standards of manufacture. 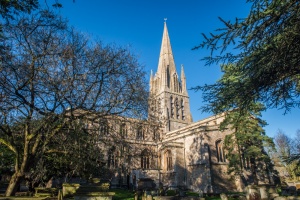 The church of St Mary the Virgin stands at the very south end of the long Church Green. It is an extraordinarily large building, easily seen from a distance because of its tall spire, which reaches to 150 feet. The church is primarily Early English in style, and features a 12th-century porch, lovely Decorated Gothic windows, the 14th-century Wenman Chapel, and excellent medieval brasses on the Wenman Tomb in the south aisle.

On the west side of the broad green of Witney a tree-lined avenue leads to the Henry Box School. The school was founded by grocer Henry Box in 1660 as a public grammar school. It is now a Comprehensive School noted for its high academic standards.

The Cogges Farm Museum is located just outside Witney. Just a few miles west are the romantic ruins of Minster Lovell Hall. 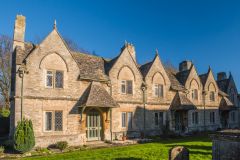 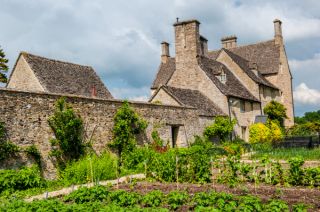 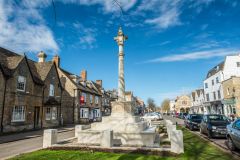 More self catering near Witney

More bed and breakfasts near Witney