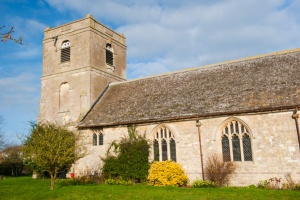 A simple country church composed of a nave, chancel, north porch, west tower and a small vestry. The oldest parts of the current building are the nave and chancel, which date to the 13th century. Also from the 13th century is the south doorway.

The porch is a good example of 15th-century timber with a very nicely carved ornamental barge board. This would originally have been painted as well as carved, but the paint has long since disappeared.

There are several old monuments, but the most interesting memorial is not ancient at all. It is to Ernest and Lilian Carter, who lost their lives when the Titanic sunk in 1912. Mrs Carter was the niece of John Hughes, rector of Longcot from 1853-1895, and the daughter of Thomas Hughes, who wrote Tom Brown's Schooldays. 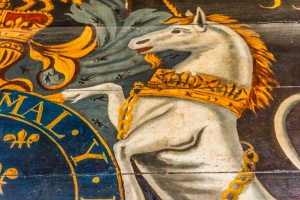 The story goes that Mrs Carter was offered a place in a lifeboat, but refused it, choosing to stay with her husband. The memorial originally stood in St Judes Church, Whitechapel, where Mr Carter was rector, but when St Judes was made redundant the memorial was moved here.

The font is circular, atop an octagonal base, and dates to the 13th century. The pulpit is Jacobean, and nicely carved and panelled. On the north wall hangs a finely painted royal coat of arms to George II.

The medieval tower is gone; it collapsed in 1721 and was replaced by a new tower in Georgian style. This odd mix of Georgian and medieval architecture does take a bit of getting used to but is not unpleasant, just a bit unusual! When the tower collapsed it destroyed the west gallery inside the church, and this was never restored. 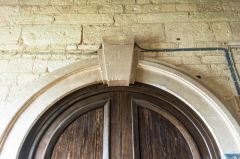 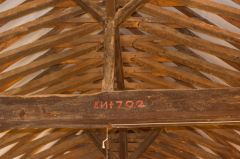