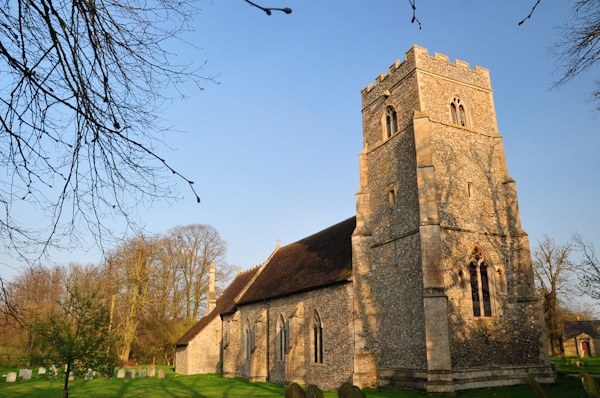 Shimpling is a lovely rural hamlet set on the Chad Brook, a few miles north of Long Melford. The beautiful medieval church of St George stands at the end of an avenue of lime trees, leading west from Rectory Road. There are twelve lime trees on either side of the lane, representing perhaps the twelve tribes of Israel or alternatively, the apostles.

At the end of the avenue is a quiet churchyard, where a church has stood since at least the time of the Domesday Book in 1086.

The building we see today is essentially 14th century, though it retains an earlier 13th-century doorway. A comprehensive restoration in the 1860s swept away many medieval features, but enough remains to make St George's a wonderful country church to explore. 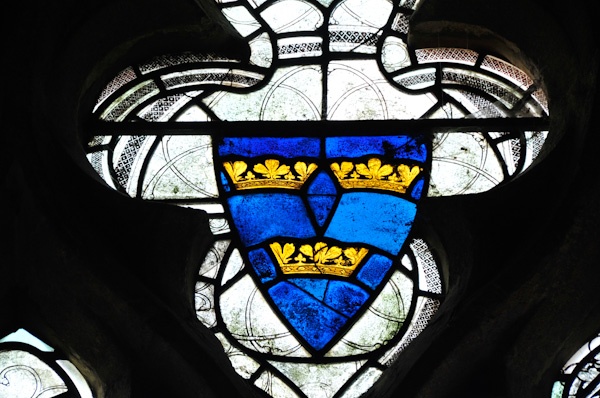 The highlight is a series of excellent medieval stained glass tracery panels; three in the chancel, two in the north aisle, and one behind the font. Though most of the glass in the main section of the windows was destroyed during the Reformation, the small tracery elements were left. Most of the glass is 15th century.

One tracery panel depicts cathedral spires, another shows heraldic shields of the Hanningfield and Morley families along with the coat of arms of St Edmund, used on the diocesan arms of Bury St Edmunds. Another tracery panel shows the symbol of the Trinity, three circles interlocking with a triangle.

Though the medieval glass deservedly gets most of the attention, the church boasts some exceptional Victorian glass as well. The east window was given in memory of Thomas Hallifax of Chadacre Hall (d. 1850). Thomas Hallifax was a wealthy banker from London, and the family were great local benefactors.

The Hallifax's built the local school, coal house, and schoolmaster's house, and helped pay for restoration work to St George's church. The rather grand memorial to Thomas and his wife Anna stands in the south aisle and shows a pair of angels with bowed heads flanking an altar. 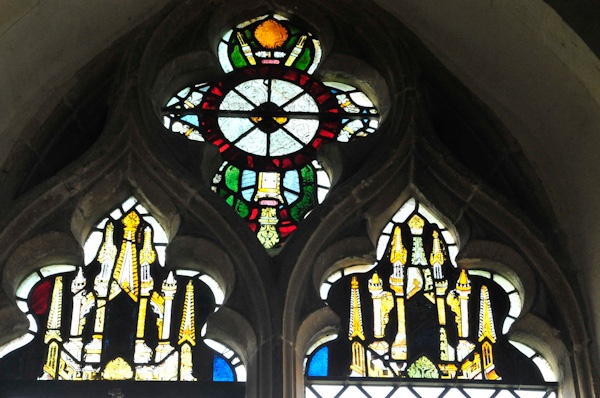 Two other windows commemorate members of the Hallifax family; Miss Helen Halifax gave a window in 1863 to remember her sister Maria, and her own memorial window was installed in 1878.

The south window is 'The Holiday Window', made by Henry Holiday (1839-1927), a leading exponent of the Pre-Raphaelite style. It is considered one of his best works. The vividly coloured scene depicts Christ in the Temple.

Almost forgotten amid all the wonderful medieval and Victorian glass is the 15th-century font, with an unusual stem of clustered pillars supporting an octagonal bowl carved with shields and tracery patterns.

On the wall is a fascinating charity board, dated 1858. There are two benefactions listed, the first from John Corder in 1656, who gave 40 shillings annually, to be distributed to the poor as bread during Lent.

The second benefaction was by Arthur Blencowe (d. 1856) who gave 100 pounds, invested 'in the Three Per Cent Consolidated annuities, the Interest to be given away to the Poor in Fuel, Food, or Clothing on Christmas Day in Every Year'. The Charity Commission gave approval for these benefactions to be closed in 1995.

Look for the south chancel door, which has a frieze of traditional Norman dogtooth decorative carving. This suggests that the doorway is 12th century and has survived from an earlier church. 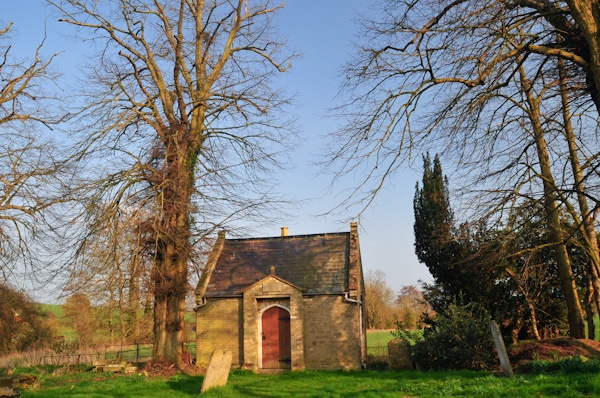 The 'Faint House' in the churchyard

In the churchyard is a very peculiar little rectangular building with crow-stepped gables. It is traditionally said to be a 'faint house', where Victorian women could retire to loosen their stays in private. Unfortunately, that delightful story isn't true; it is actually a schoolhouse, built by the Hallifax family, whose mausoleum is also in the churchyard.

Shimpling church hit the national headlines in 2002 when model Claudia Schiffer was married here. It seems hard to imagine this quiet churchyard full of show-business elite like Brad Pitt and Madonna, but that's what happened. As one onlooker famously told a reporter from the Daily Telegraph, 'Nothing like this ever happens in Suffolk'. Seeing the quiet churchyard today it is hard to image that it did, for Shimpling seems a place where nothing ever happens to disturb the silence and the sense of history. 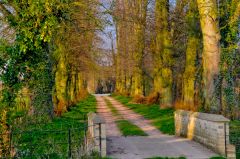 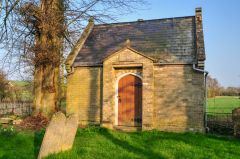 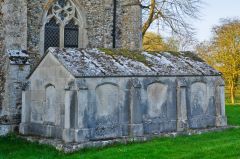 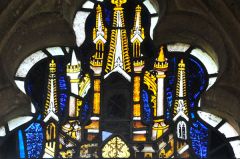 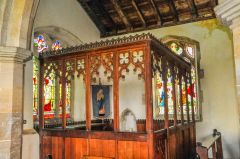 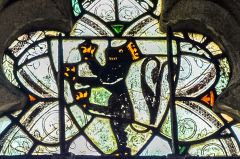 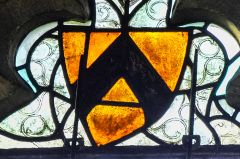