HERITAGE HIGHLIGHTS:   The Grange, dating to around 1300 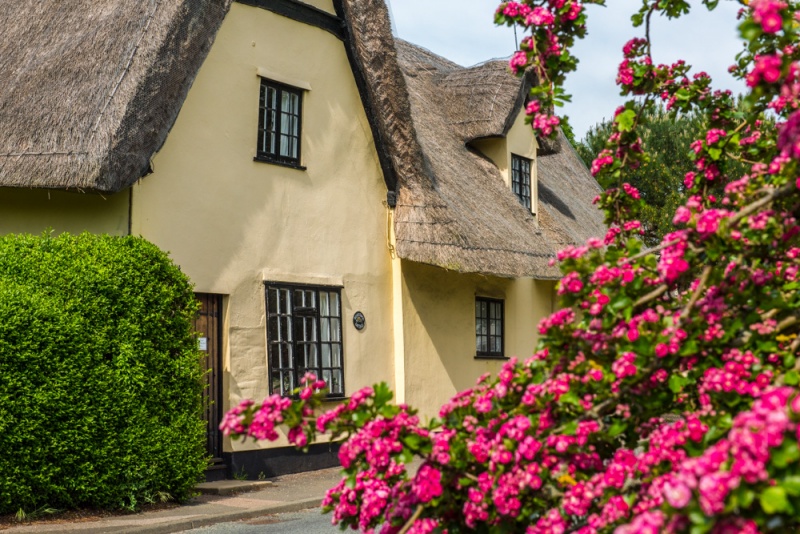 The Suffolk village of Chelsworth is one of the most beautiful villages in England, blessed with pretty thatched cottages, a picturesque country inn, a historic medieval church, and footpaths beside the slow-moving River Brett, through some of the most idyllic countryside in England.

The village has changed little over the centuries, and to walk through it feels like walking back through time, to an earlier, more slowly moving past. The entire village is classed as a conservation area, with a wealth of historic buildings. In fact, most of the houses in Chelsworth are listed by English Heritage. Even the telephone phone box is listed.

Probably the most interesting of the historic houses in the village is The Grange, which is not one building but a complex of historic buildings dating to the early 14th century. The Grange stands on the site of a Saxon building, and on the route of a Roman road.

Most of the buildings we see today date to the 15th century. Around 1400 a wealthy wool merchant rebuilt an older hall house with the addition of a gabled cross-wing. The wing itself was rebuilt around 1650. 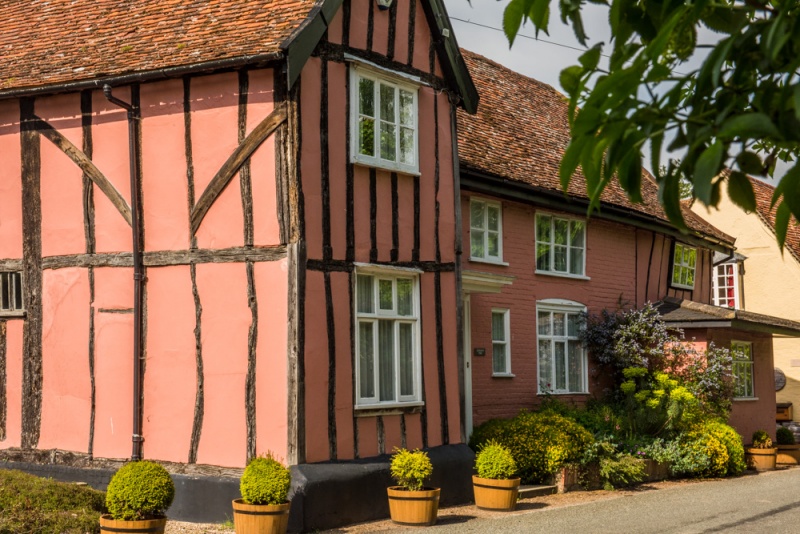 A timber-framed house near the village pub

The first named owner we know of was William Lynsley, rector of All Saints church from 1610-1630. Lynsley is buried in the churchyard. Tradition suggests that a later owner was Thomas Killigrew the Elder (1612-1683), a politician and playwright who built the first Drury Lane Theatre in London.

Behind The Grange is an island created between an ancient moat ditch and the River Brett. The earliest mention of Chelsworth comes in a royal charter of King Edgar in AD 962, which mentions a mill on the island known as Upper Mill (suggesting that there was also a 'Lower Mill').

Chelsworth is known nationally for its beautiful gardens, open one Sunday annually to raise money for the local parish church of All Saints. The church probably existed at the time of King Edgar's charter and was certainly in existence by 1086 when it was mentioned in the Domesday Book. That same book recorded the village as 'Cerleswrda', while the Saxons called it Ceorleswyrthe. 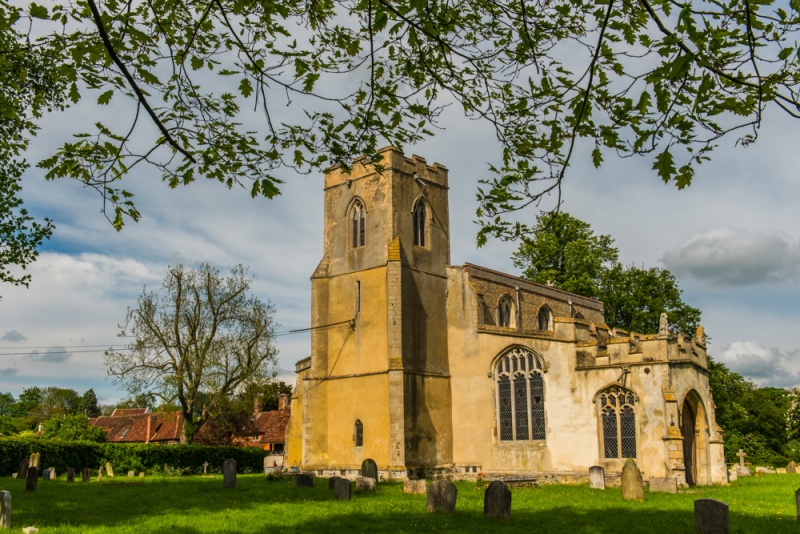 South of the B1115 that runs through the village lies the manor house of Chelsworthy Hall. The estate of Chelsworthy was once owned by the powerful Howard family, and later by the De Vere family. In 1737 Robert Pocklington bought the manor and built the Hall.

North of the Hall is a humpback bridge across the River Brett, built in 1754. Beside it is Bridge Farmhouse, a 16th-century timber-framed house. Both bridge and house are listed Grade II by English Heritage. North of the bridge the lane leads to the Peacock Inn, a picturesque timber-framed building dating from at least the 16th century and possibly much earlier.

At the north-west edge of the village is Chelsworth woodland, purchased by the village in 2002 to create a public space where people can relax in a wooded setting. The woodland covers about 2 acres and is managed by a local trust. Trails lead through mixed woodland, and through meadows where wildflowers abound in summer.

I've visited Chelsworth several times, and every time I return I am struck by the sheer beauty of the village, the historic buildings, and the beautiful green countryside. 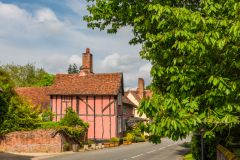 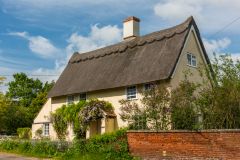 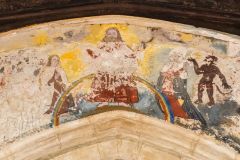 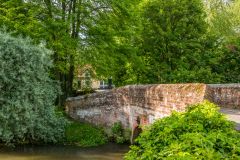 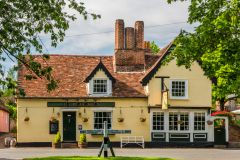 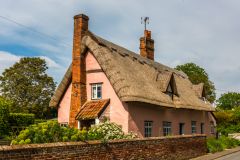 More self catering near Chelsworth, Suffolk