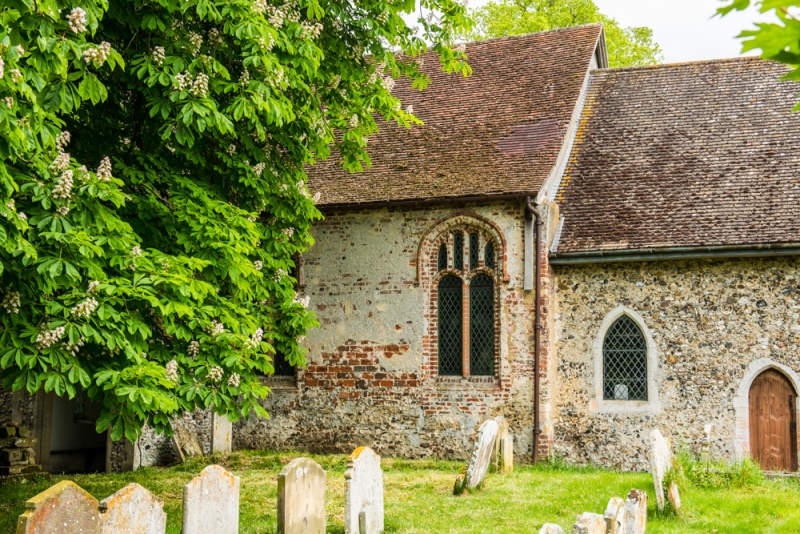 Linstead Parva was recorded in the Domesday Book of 1086 as Lineftede, but the first record of a church here comes from the early 13th century, when Roger de Huntingfield gave St Margaret's to the Cluniac monastery of Mendham, founded by his father William. St Margaret's began as a chapel of ease to Mendham Priory, and marked the boundary of the priory estate.

The earliest part of the present building dates to the early 13th century, but it almost certainly replaced an earlier timber building on the same site. In typical East Anglian style, the nave roof is higher than the chancel. There is no tower, just a belfry over the west gable. In the belfry is a single bell, cast at the famous Whitechapel Foundry in 1789.

Two original 13th-century windows survive in the north wall of the chancel. The nave windows were inserted in stages between the 14th and 16th centuries to admit more light. These are set within Tudor brick surrounds, and were paid for by individual local families. One of those families were the Everards, residents of Lowther Hall in Linstead Magna, and descendants of William de Huntingfield who founded Mendham Priory. 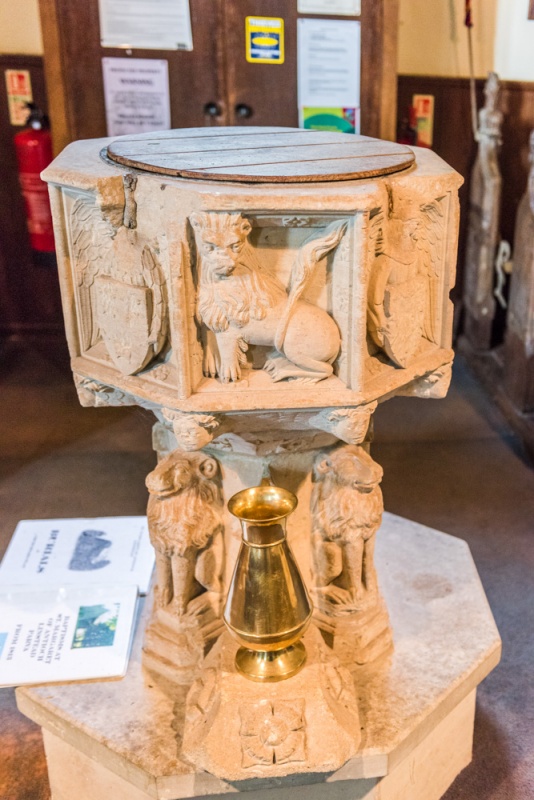 The most interesting historic feature is the richly carved 13th-century font, with four carved lions supporting the stem, and the octagonal bowl featuring alternating symbols of the Evangelists and demi-angels. You will see that one face of the font was left plain, suggesting that it was made to be set against a wall, and thus obscured from view.

The medieval church would have been much more richly furnished, but like so many other churches in East Anglia it suffered at the hands of the 17th-century iconoclast William Dowsing, who visited Linstead Parva in 1644 and removed statues, pictures, tie-beam carvings, and the entire rood screen.

In the late Victorian period, the church at neighbouring Linstead Magna grew derelict, so St Margaret's was restored to serve both parishes. As a result, most of the internal furnishings are 19th century at the expense of Lord Huntingfield. New pews were erected, incorporating medieval bench ends from St Peter's in Linstead Magna. These bench end carvings are fascinating and include a roaring lion, a man falling asleep (perhaps during a long service?), and a merchant seated on a stone, his hands on his knees. 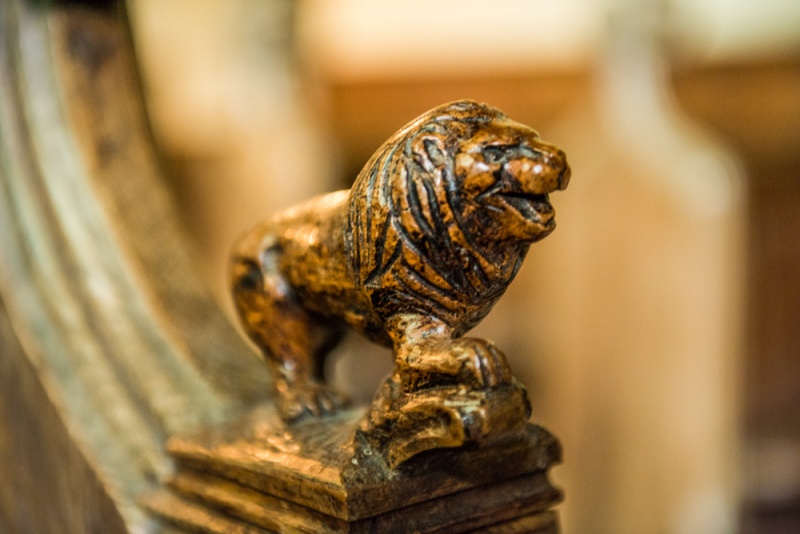 15th-century bench end of a lion

There are very few memorials, but one that caught my eye was a simple stone tablet to Rev. IJ Taylor, vicar from 1907-1924, and his son Major EA Taylor, who 'Died in the Great War'.

There is good Victorian stained glass in the east and north nave windows. In the east window is a figure of St Peter, as a reminder that St Margaret's serves as the parish church for Linstead Magna as well. On either side of the east window are Decalogue panels brought from St Peter's church.

On the church exterior look for a medieval scratch dial by the priest's door. There is a sundial on the west wall, and over the main south doorway is a piece of 16th-century graffiti. Gravestones brought from St Peter's church now stand against the west wall

St Margaret's is a pretty church in a beautiful rural location. We found it open when we visited. 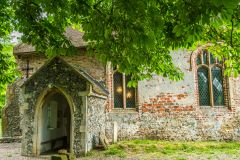 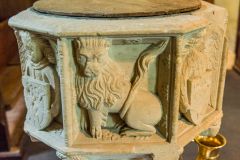 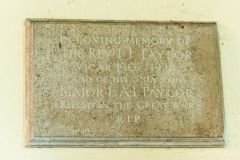 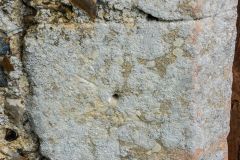