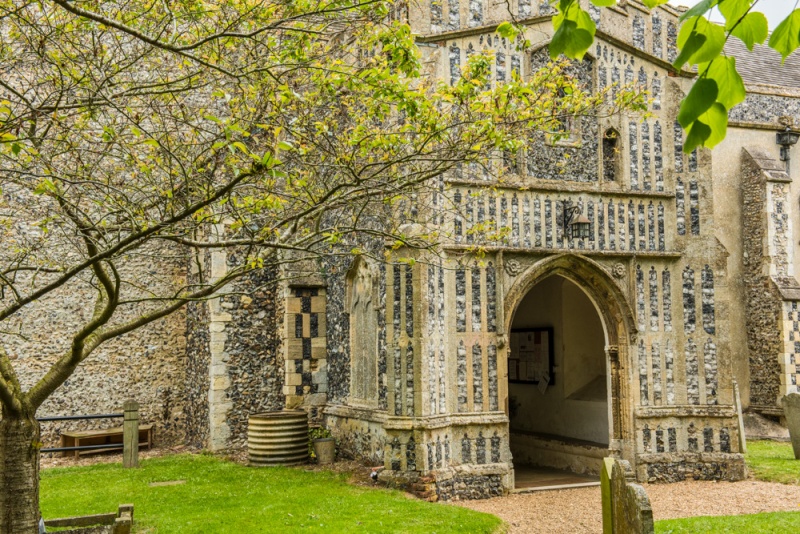 The church may have been built by the Cluniac priory at Mendham, founded in 1155 by William de Huntingfield. The parish was served by a chaplain from the priory until 1521.

The oldest part of the present building dates to the 14th century though the 'long-and-short stonework of the walls suggests an earlier building. The large south porch boasts exceptional flint flushwork, and the porch roof vaulting has curious wooden bosses.

The font is 15th century, in typical East Anglian style, with an octagonal bowl carved with alternating figures of lions and demi-angels bearing shields. The shields depict the coat of arm,s of the Jermy family, lords of the manor since 1325 and donors of the font. The font stem is supported on more figures of lions. 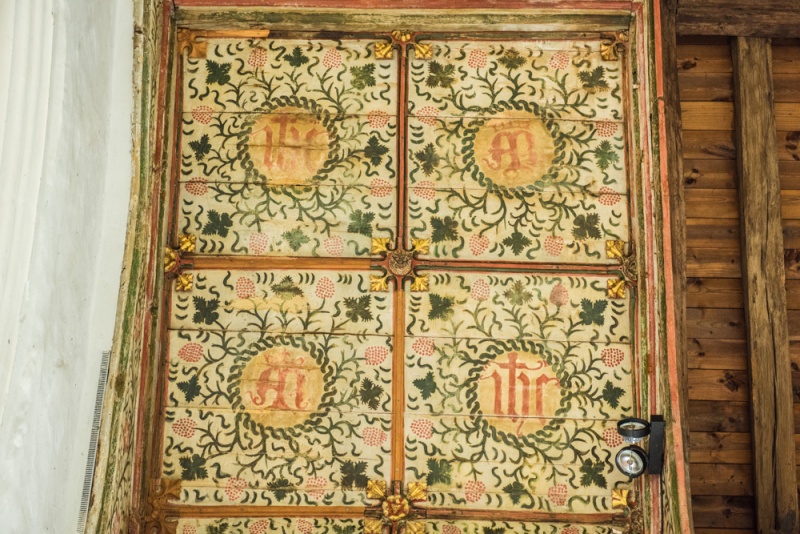 The font stands beneath a west gallery installed in 1719. Look for the initials of Nathan Hill, who built the gallery, carved on a pillar.

The roof is 15th century, and you can see where it has been damaged by Puritan iconoclasts during the Commonwealth. William Dowsing, who served as Parliamentary Visitor of Churches and did so much to destroy medieval architecture in Anglian churches, visited Metfield in 1643 and ordered the destruction of idolatrous images. He seems to have been particularly angered by the glass in the east window, for the window was so badly damaged in Dowsing's destruction that it had to be restored just 14 years later.

On the wall is a painted royal coat of arms to George IV, dated 1826. On the north nave wall is a war memorial to local men, while opposite on the north wall is a memorial to American servicemen killed in action from 1943-1945 while stationed at Metfield Airfield. 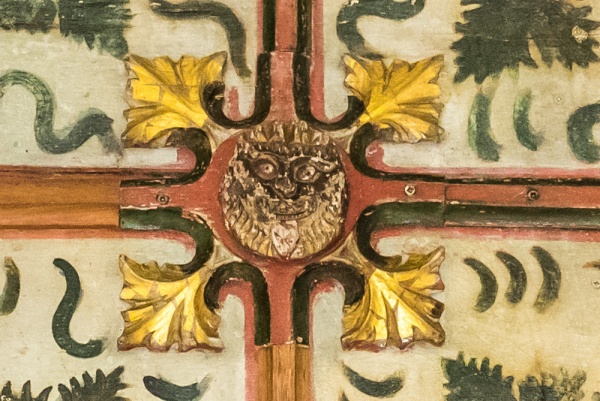 The east bay of the 15th-century nave roof is the glory of Metfield. Goodness knows how the roof escaped the attentions of the Puritans, but thankfully it did. The roof acts as a canopy of honour for the former rood screen and is painted with alternating symbols of Jesus and Mary set in a pattern of grape and vine leaves.

One of the bosses dividing the painted panels is carved with 'The Metfield Imp', a grotesque wildman with ragged hair and beard, his tongue sticking out. The Imp is positioned so he looks directly down at the spot where the priest stood to say the holy office.

The Metfield Imp is thought to be a 'tuttivillius', meant to collect any words that the clerk stumbled over during the service, and record the words of any worshippers who gossiped or joked during service.

On the south wall of the chancel is a nicely carved 14th-century piscina with a trefoil head. Set into the floor, and hidden beneath carpets, are some good 17th-century ledger slabs and a memorial brass to Sir John Jermy dated 1504. The north chancel window has been blocked up, but the useful church guidebook suggests that it may have been used as an Easter Sepulchre.

At the west end of the nave is a section of the original 15th-century rood screen, which was taken down in 1785 - long after such screens were supposed to be removed and destroyed. The remaining panels are in poor condition, but the wooden tracery is very good.

Under the tower is a rare working mechanism for an early 17th-century turret clock. This was built in 1629 and mounted at ground level. In 1719 the mechanism was converted to pendulum escapement and installed in a chamber in the tower above, but in 1979 it was restored to its original condition and reinstalled at ground level.

Many churches have similar old clock mechanisms on display to visitors, but in Metfield's case, the turret clock is still operational and strikes the hour every hour. It struck while we were visiting and it was quite fascinating to see the mechanism at work almost 400 years after it was made. 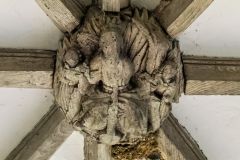 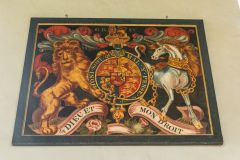 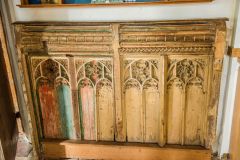