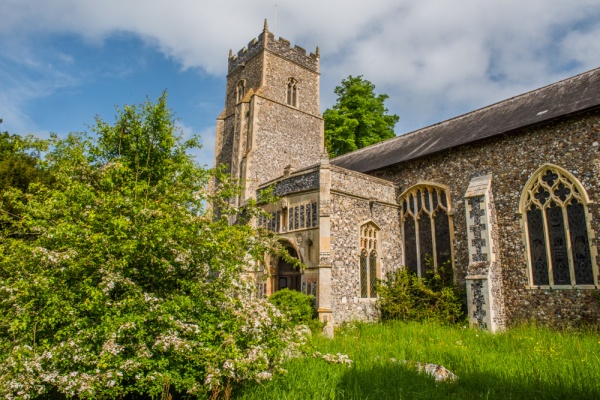 Most people come to the pretty Suffolk village of Thornham Magna to enjoy Thornham Walks, a series of trails across the Thornham Estate, home of the Henniker-Major family. But there is another reason to visiting the village, and that is the historic country church of St Mary Magdalene, on the very edge of Thornham Park.

The first record of a church comes from the Domesday Book of 1086, which seems to suggest that a single church served Thornham Parva and Thornham Magna, with Parva having two-thirds of the church and Magna the remaining third. That probably means that the recorded church is St Mary's in Thornham Parva.

Thornham Magna gained its own church in the 12th century, but the earliest features of the present building date to the early 14th century. On either side of the 15th-century porch are re-used headstops from that 14th-century church. One depicts a bishop, probably Thomas Hemenhale, who died in 1337. 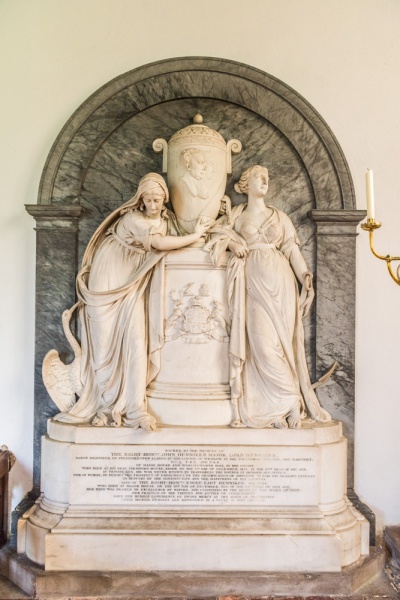 In the previous year the monks of Norwich elected Hemenhale as their new Bishop, but the Pope refused their selection and made him Bishop of Worcester. The arms of Norwich are carved above the Bishop's head, giving a very precise date to the carving. On the other side of the archway is a head depicting a member of the Briseworth family, lords of the manor in 1336.

On the front face of the porch is a carved Green Man figure, and on either side of the arch are rather odd sexfoil symbols.

Though the church was rebuilt in the 14th century and again in the Victorian period you can still see areas of Norman stonework in the chancel walls. The tower is 14th century, and you can still make out consecration crosses incised when the building was sanctified for worship.

Look for funeral hatchments hanging on the walls. These are mainly to the Henniker family of Thornham Hall. The attractive hammer-beam roof dates to the 15th century, though it has been heavily - some would say too heavily - restored. 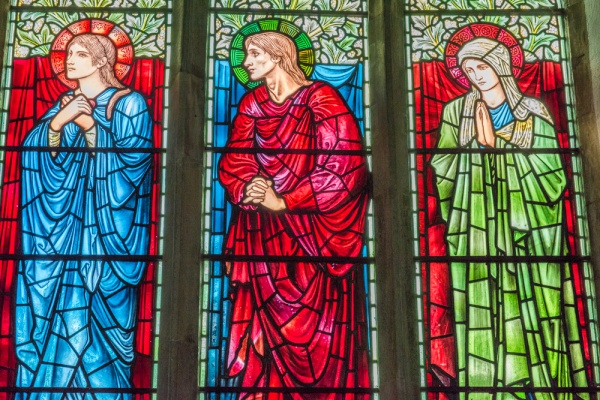 There are two fonts. At the west end of the nave, near the south door, is a Victorian font, probably a replacement for the original medieval font, now in the chancel. The simple medieval font was discarded from the church when the new one was installed, and was later discovered near the Walled Garden in the Park. it was brought back inside the church for preservation.

The Victorian restoration inserted several colourful stained glass windows. Next to the organ is a window designed by Edward Burne-Jones and made by the famous William Morris studios. This striking window is easily one of the best Pre-Raphaelite works of art in any Suffolk church.

Most of the memorials are Victorian, including a wall monument to Hon. Major Henniker (d. 1842) by William Woodington, and an excellent memorial to John (d. 1821) and Emily Henniker (d. 1819), sculpted by Josephus Kendrick. Kendrick is most famous (or infamous depending on your sensibilities) for his memorial to Sir William Myers (d. 1816) in St Paul's Cathedral. The Henniker memorial shows a pair of female figures in Greek robes, flanking an urn carved with profiles of the dead couple. 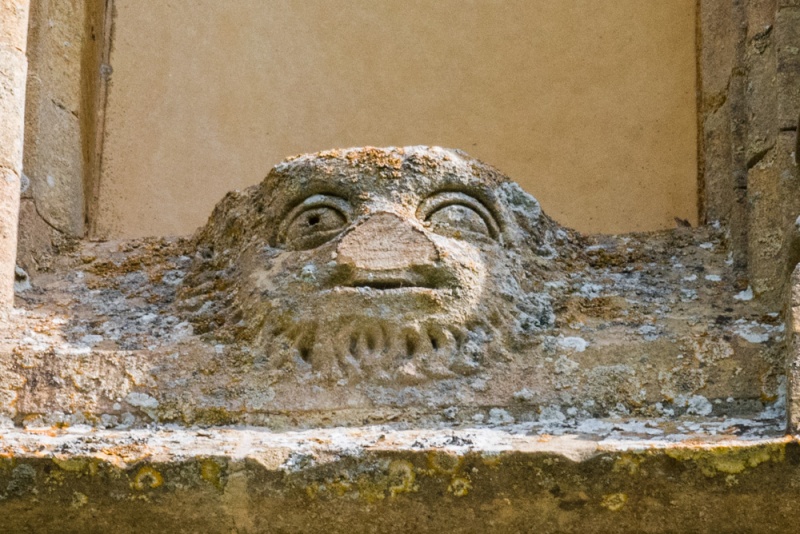 On either side of this large monument are small marble oval wall tablets, one to Dame E. and Sir J. Major, d.1780 and 1781 respectively, and the other to Dame A. Henniker, their daughter, who died in 1792.

One memorial that caught my eye is the elegant wall tablet to Robert Kelligrew, son of Thomas and Charlotte Kelligrew. Robert served as Page of Honour to Charles II and rose to become Brigadier General in the king's armies. He was killed in action at the Battle of Almanza in Spain on 14 April 1707.

Set into the chancel floor are 17th-century grave slabs to the Bokenham family and on the west wall of the nave, heavy with the dust of age, hangs a royal coat of arms to George II.

St Mary Magdalene is well worth visiting for the excellent memorials to the lords of the manor of Thornham Wall, especially the 19th-century monuments to the Henniker family. And of course, while you are there, do take time to enjoy Thornwam Walks, just around the corner.

I found it rather difficult to park near the church, and ended up pulling my car up onto the sloping verge at a rather alarming angle just to get it well off the road. But its really such a minor road that I needn't have been so wary. 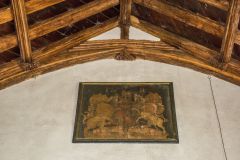 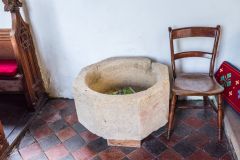 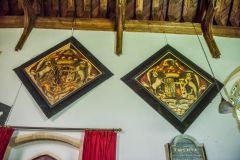 Self Catering near Thornham Magna