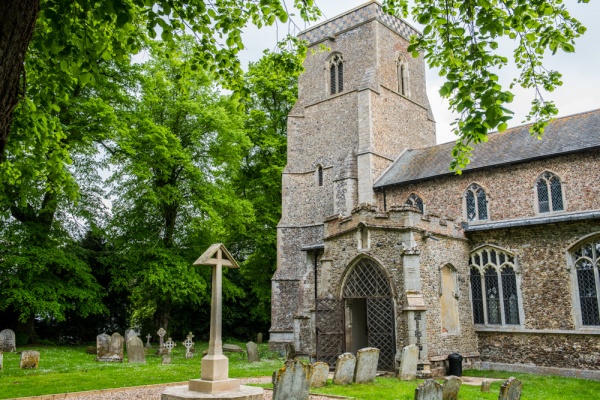 St Margaret's is a large church and seems even larger when you consider the size of the village it serves. There was a church recorded in the Domesday Book of 1086, and you can spot a small piece of Norman stone, carved with a traditional zigzag pattern, set into the jamb of the south doorway.

Against the south wall is a tomb recess thought to be the last resting place of Henry de Elmham (d. 1330). The Elmham family were lords of the manor at Westhorpe and gave money to build the aisles, the clerestory windows, and the west tower. In 1419 Lady Elizabeth Elmham gave money for church bells as well as a bequest to the poor of the parish and for improvements to the main road through the village.

Enclosing the south chapel is an exceptional parclose screen, dating to the period 1350-1400. This is thought to be one of the earliest painted screens in England, and it retains its original decorative pattern in several places. The floor tiles in the chapel are also original 14th-century work. Their decoration has been largely worn away by the passage of time (and thousands of feet). 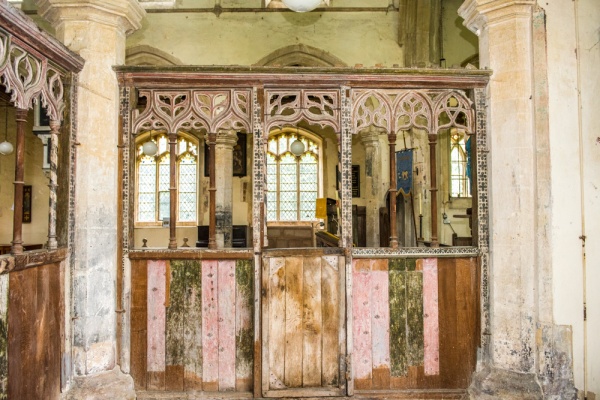 There are several very good memorials, including a richly carved wall monument to William Barrow (d. 1613). Barrow is shown clad in armour, kneeling at a prayer desk opposite his two wives, both wearing black. Behind Barrow is his son, and behind his wives is his daughter. Beneath the prayer desk are two poignant figures of daughters who died in infancy.

The best memorial in the church is in the Barrow Chapel, where an ornate iron fence encloses a quite remarkable monument to Maurice Barrow (d. 1655). Barrow's white marble effigy is shown reclining in splendour, attended by cherubs blowing trumpets. The resplendent backdrop has the family coat of arms and a pair of funeral urns.

The memorial was begun by Barrow's cousin Maurice Shelton, who inherited the estate after Barrow died childless. Maurice Shelton died before the monument could be completed, so the work was finished by his brother Sir Henry Shelton. The floor tiles were painted by Diacinto Cawcy, a travelling Italian artist.

Inside the Barrow Chapel is a plaque to the most famous resident of Westhorpe, Mary Tudor, sister of Henry VIII and Queen of France. 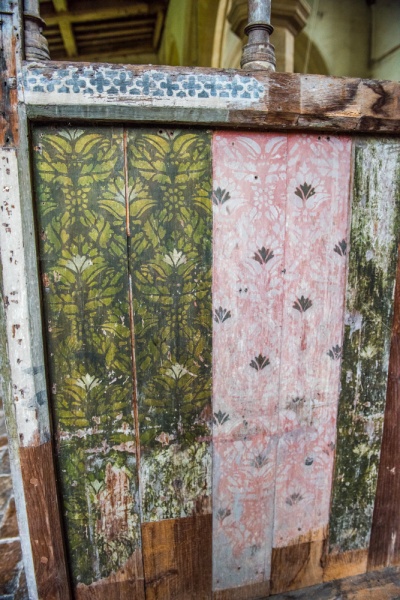 Painted panels on the parclose screen

In 1514 Henry sent his sister to marry King Louis XII, but the 53-year-old king died just 3 months later. Henry then sent his friend Charles Brandon, Duke of Suffolk, to escort Mary home from France. It was a mistake, for Brandon and Mary Tudor had been firm childhood friends, and now their friendship blossomed into romance. The couple married secretly in France in 1515.

Since they had not sought the king's permission the marriage was technically an act of treason, and they had every right to fear Henry's reaction. Help came from an unlikely source; Henry's Chancellor, Cardinal Thomas Wolsey, interceded on Brandon's behalf, and Henry was brought to accept the marriage - but only after fining Brandon a total of £24,000, which amounts to roughly £2 million in today's money.

Brandon still some cash to spare, for that same year he purchased the Westhorpe estate, and he and Mary built a sumptuous moated manor house called Westhorpe Hall to be their family home. Mary, who preferred the title Queen of France to Duchess of Suffolk, lived at Westhorpe until her death in 1533, aged just 37 years. During that time she worshipped here in St Margaret's church. 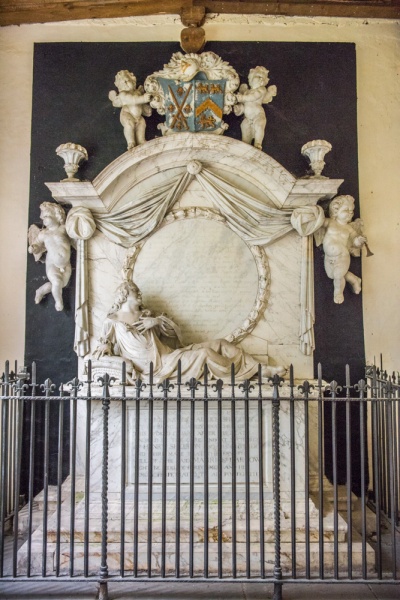 She was not buried here, but at Bury St Edmunds Abbey. After the abbey was closed during the Dissolution of the Monasteries her body was reburied in St Mary's church, where her tomb can be seen near the altar. As for Westhorpe Hall, it was pulled down in the 1760s to be replaced by a Georgian building of the same name.

But is there more to Mary's connection with Westhorpe than the official version of events relates? A local story lingers that when Mary died her entrails were removed and buried near the altar of Westhorpe church, where she had worshipped for 18 years. In the early years of the 17th century, a Royal Herald named Henry Chitting visited St Margaret's and recorded in his diary that in the chancel 'By lyes under a little stone the bowells of the French Queen Mary, wife of Charles Brandon, D of Suffolk'. So perhaps the story is true, but if so, there is no sign of the 'little stone' mentioned by Chitting. 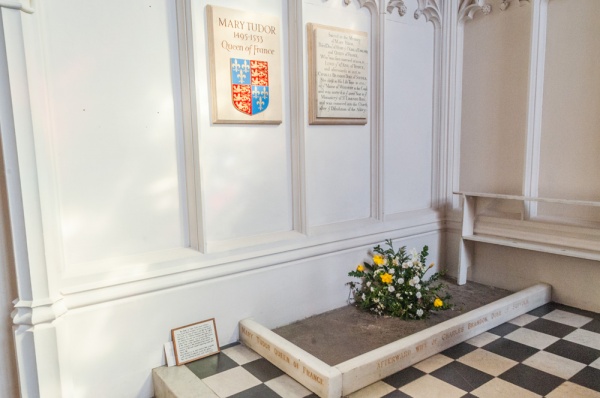 In the north aisle is a royal coat of arms to George II, dated 1751 and in the nave is an ancient wooden chest, bound in iron. Even more impressive woodwork is the 14th-century south door, by which you enter the church. The door retains its original tracery and ironwork.

Attached to a pillar in the north arcade are a pair of marble panels to N Fox (d. 1679) and M Fox (d. 1676). On the east wall is an alabaster tablet to M Dandy (d. 1615) and on the south wall is a brass plaque commemorating R Elcock, who died in 1630. These are just a few of the numerous historic monuments and grave slabs scattered throughout the church.

St Margaret's is a delight to visit. The church is usually open daily to visitors and was open when we arrived to explore. 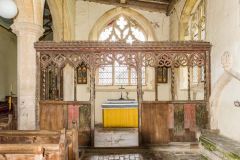 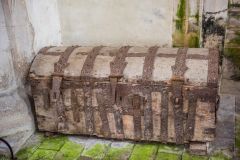 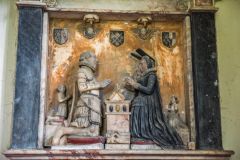 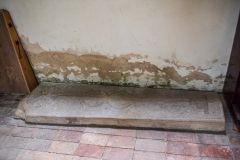