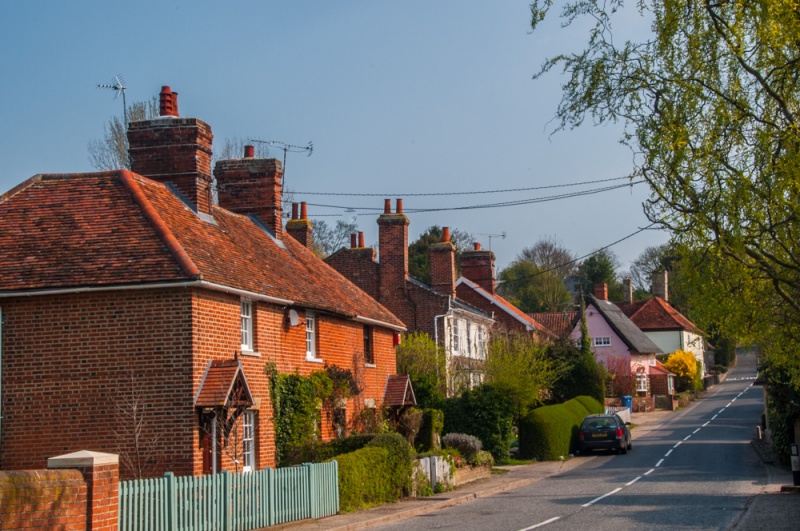 The pretty Suffolk village of Higham stands on the north bank of the River Brett, near its junction with the River Stour.

The village is located in the Dedham Vale, in the heart of Constable Country, known for its links to 18th-century painter John Constable, who was born in nearby East Bergholt. One of Constable's most well-known landscapes is a view of the Stour Valley from Higham.

There are 18 'listed' buildings in the village, all but one of them listed Grade II by English heritage for historic interest.

The one exception is St Mary's Church, with a 13th-century west tower and 14th-century nave and chancel. Highlights inside St Mary's include medieval poppyhead bench ends and a 15th-century timber roof decorated with a fascinating array of wooden corbels depicting grotesque and humorous faces. 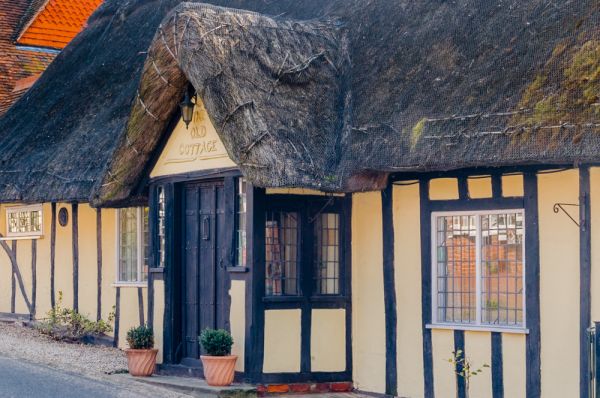 The Old Cottage on Lower Street

The village name comes from the Old English terms for a high homestead. The village is mentioned in the Domesday Book of 1086 when it was held by Count Eustace of Boulogne. The Domesday Book records a water mill, probably near the site of the Old Mill House on the River Brett.

Beside the church is Higham Hall, dating to the early 19th century. Behind the Georgian main block is a 17th-century range of red brick, and in the front garden is a giant redwood tree. 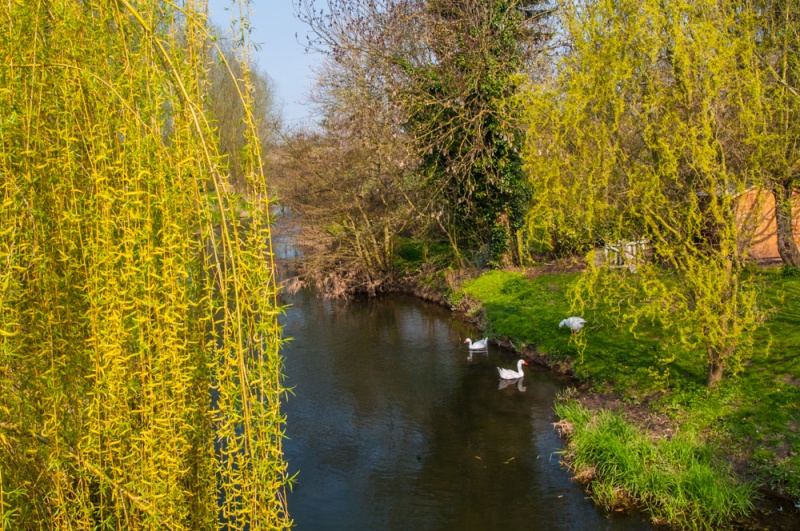 Swans on the River Brett

Pound Farm was the home of artist Cedric Morris, who rented the house from 1929. The owner left the house to Morris in 1932 and it became a beacon for popular artists including sculptor Barbara Hepworth.

Within the parish is Rowley Grove, a nature reserve known for its ancient woodland.

I came to Higham to visit St Mary's Church but soon found myself exploring the entire village, enticed by its picturesque timber-framed buildings.

NOTE
Don't confuse this Higham in southern Suffolk with the village of Higham in north-west Suffolk, near Newmarket. To distinguish between the two villages the Newmarket version of Higham is often referred to as Higham (Forest Heath) while this village is known as Higham (Babergh). 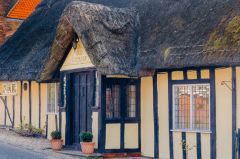 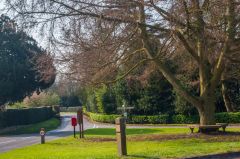 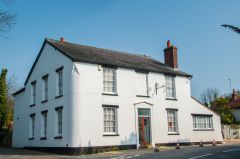 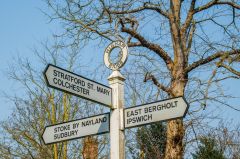 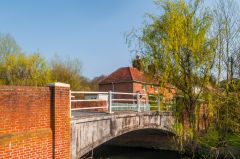 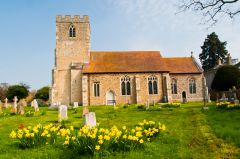 More self catering near Higham, Suffolk