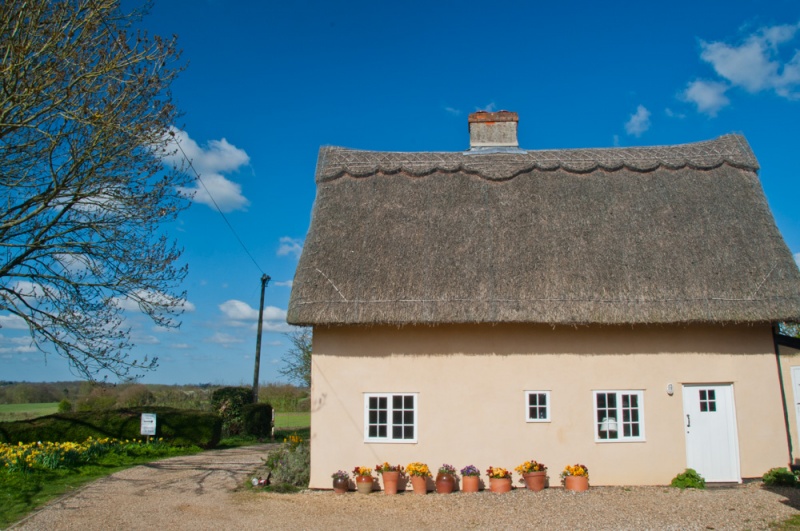 Kettleburgh is an attractive village in the Deben Valley, in the heart of rural Suffolk.

The village was recorded in the Domesday Book of 1086 as Ketelbria, but the history of Kettleburgh goes back to at least the Saxon period, and we know there was a Saxon manor just north of St Andrew's church. At the time of Domesday, there were two manors in the village, one of them held by Ely Abbey (later Ely Cathedral).

The manor site was used by Sir William Charles to build Kettleburgh Old Hall in 1261. The Hall's moat runs through the garden of nearby Church Farm.

Sir William was granted the right to hold a market in 1263. We do not know exactly where the market was held, but it may have been just south of Church Farm and west of the church. The Charles family lived at the Old Hall until 1507. To the south-east of the church is Kettleburgh New Hall, built in 1527 for the Stebbing family. 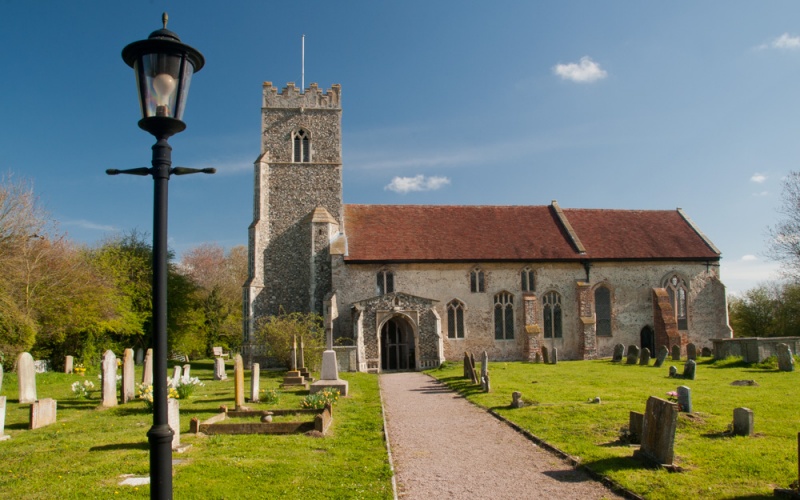 As for the church, the present building dates to the 14th century, though a Saxon window was found during repair work. The attractively carved font was the gift of Lady Alice Charles, in honour of her husband Sir Thomas, who died in 1419. There are 15th-century benches with poppyhead bench ends depicting mythical beasts, a man astride a lion, and another man carrying a loaf of bread. The oldest memorial in the church is a brass to Arthur Pennington (d. 1593).

The village sign depicts 'Kettleburgh Man', a rustic fellow in Saxon costume, holding an axe and surveying his farmland.

There are 19 listed buildings in Kettleburgh, including Kettleburgh New Hall, a timber-framed house dating to the 16th century, with 17th-century additions. Under the gabled main range of the Hall is a bust of Arthur Pennyng, High Sheriff of Suffolk and owner of the Hall in the late 16th century. 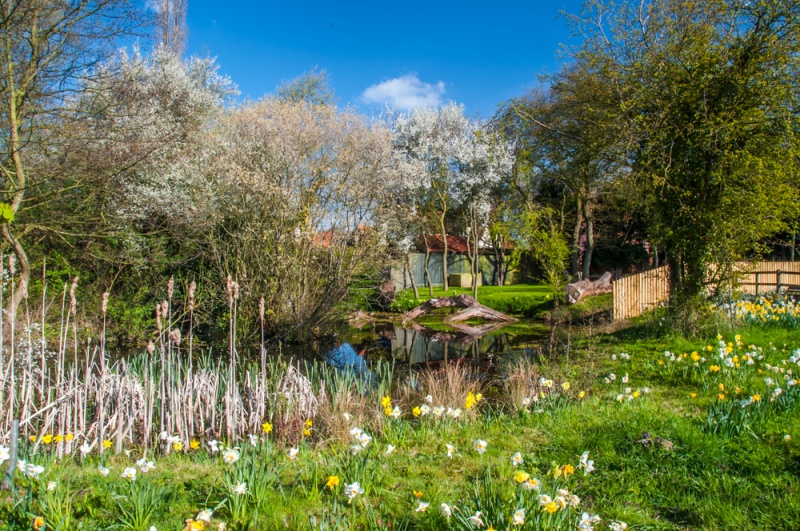 On The Street is the Little Manor, a late 17th-century timber-framed house under a pantile roof. Between the central first floor windows is a firemark for the Sun Insurance Company, a reminder of the days when there was no central fire service and individual insurance companies provided fire response.

On Rectory Road is The Old Rectory, a 17th-century house with a 19th-century facade, and near the church is, appropriately enough, Church Cottage, a late 16th-century timber-framed cottage. These are just a few of the many interesting older buildings you can see as you wander around the village.

On the road between Brandeston and Easton is The Chequers Inn, an attractive timber-framed pub with a rear garden extending down to the river bank. In the Victorian period, there was a brewery beside the Chequers - which must have been handy for the innkeeper. In 1867 the owner of Deben Brewery, James Grant, was the last man in England to be imprisoned for not paying Church Rates.

Grant managed to get support for his cause from two MPs, and was released from prison. The law regarding Church Rates was subsequently repealed by Prime Minister William Gladstone's government.

Opposite the village hall is the Village Green, an open green space created in 2005. While the Green is quite recent, the Village Pound off Mill Lane is of ancient origins. It is a peaceful green area dotted with mature trees, and lies close to the river. It can be reached from a footpath from the Chequers parking area.

The village hall has an interesting history. The story began in 1924 when George Walne of Kettleburgh Hall rented out a plot of waste land for the token price of a shilling per year. The tenants, represented by an innkeeper and farmer from Kettleburgh and the rector of Brandeston, committed to use the land to erect 'The Kettleburgh Parish Room' to be used as a reading room, dancing and concert space, or for 'any other kind of amusement'.

The cost of erecting the Parish Room was born by public subscription. The resulting one storey building is now called the Village Hall and is a multi-purpose event centre with activities ranging from cinema nights to scout meetings and community quiz nights.

A short distance north is the market town of Framlingham with its medieval castle, while to the north-east is Saxtead Green with its picturesque windmill. 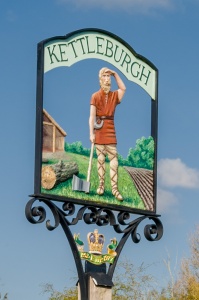 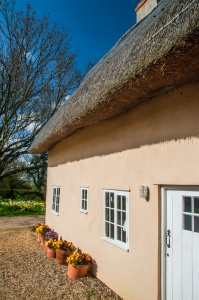 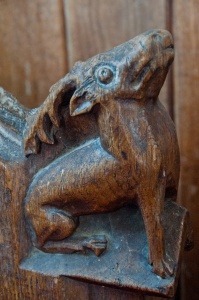 More self catering near Kettleburgh

More bed and breakfasts near Kettleburgh