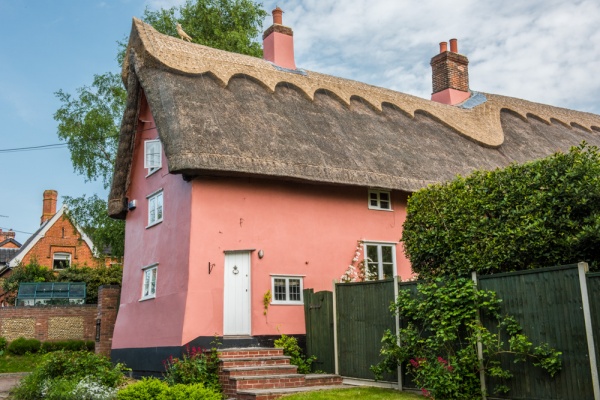 Palgrave is a pretty village just south of Diss, on the south bank of the River Waveney and only a mile or so south of the Suffolk border with Norfolk. At the time of the Domesday Book Palgrave had two churches and 30 acres of land, all owned by St Edmundsbury Abbey.

Since at least the time of the Domesday Book Palgrave stood on the main route between Bury St Edmunds and Great Yarmouth, the route now occupied by the modern A143 highway. The A143 was diverted in 1995 to bypass the village, leaving it a quiet enclave just off the busy east-west route. The historic centre of Palgrave has been designated as a conservation area. Over half of the village's 42 listed buildings lie within the conservation area.

There is no village shop, not surprising when you consider how close Palgrave is to the large town of Diss. Most villagers simply take a pleasant country walk across the fields to the shops of Diss. 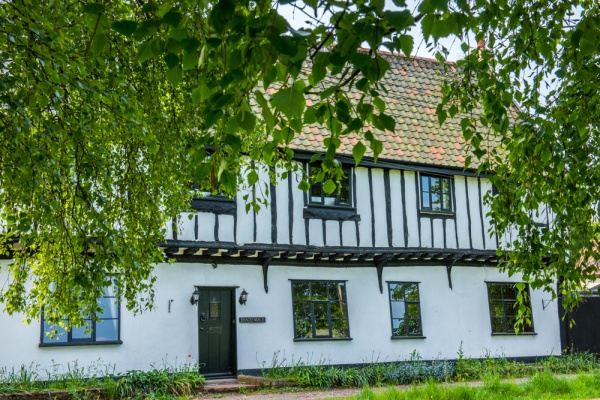 For many years Palgrave was a haven for local painters, and was dubbed 'the artist's village'.

Perhaps the most famous resident was Thomas Martin of Palgrave, an 18th-century lawyer and influential antiquarian known at his own request as 'Honest Tom Martin'. Though born in Thetford, Martin settled in Palgrave in 1723 and lived here until his death in 1771. During his lifetime he collected a large library of historical books and manuscripts, but poverty forced him to sell most of them. Martin is buried in the porch of St Peter's church.

The church is an attractive building with flint rubble walls under a tile roof. It is mainly 15th century, though the chancel arch belongs to the previous century. The nave boasts a finely carved hammer-beam roof painted with tracery patterns. At the west end of the nave is a 12th-century font, made around AD 1180.

Opposite the church is the picturesque former guildhall, a timber-framed building now known as 'Brackendale', built around 1510. The first floor is jettied (that is, it projects out over the ground floor), with the exposed beams are finely carved. The guildhall was later converted into almshouses, a workhouse and 3 dwellings, but has now been converted back into a single dwelling. 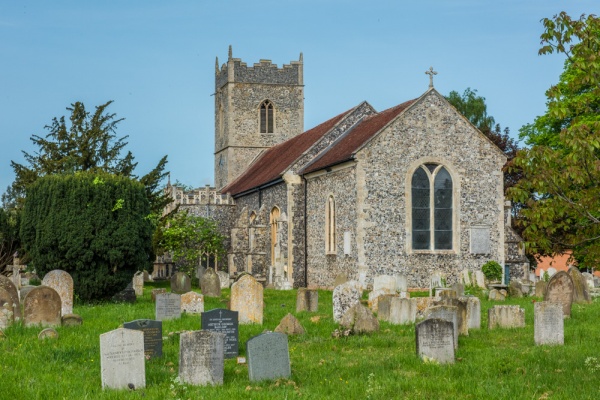 In front of the house is a Grade II listed traditional 'K6' model red phone box. On the green near the church is the village sign, depicting a blacksmith working over his anvil. Rather than simply painted on a board, the sign is three-dimensional, like a piece of painted sculpture.

One of the most picturesque buildings is Sunnyside Cottage, built in 1604 and the only thatched building in the conservation area of the village. There are more thatched houses along Crossing Road, and on Rose Lane is Clark's Yard, a 16th-century thatched house.

South-west of the village, in the direction of Wortham, is the site of a former medieval chapel dedicated to St John. The chapel was served by priests from St Edmundsbury Abbey and stood near the site of the present St John's Farm.

I came to Palgrave to visit the church of St Peter but found myself captivated by the historic houses around the church, so I spent a while strolling about taking photos. Palgrave is a pretty place, with a wide green and leafy churchyard, and everywhere you look in the village centre there are attractive period houses. The nearest major attraction is the Bressingham Garden and steam museum a few miles to the north-west. 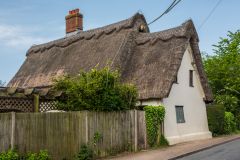 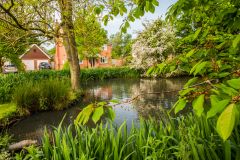 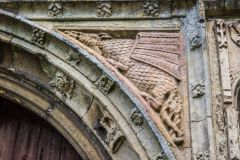 More self catering near Palgrave, Suffolk