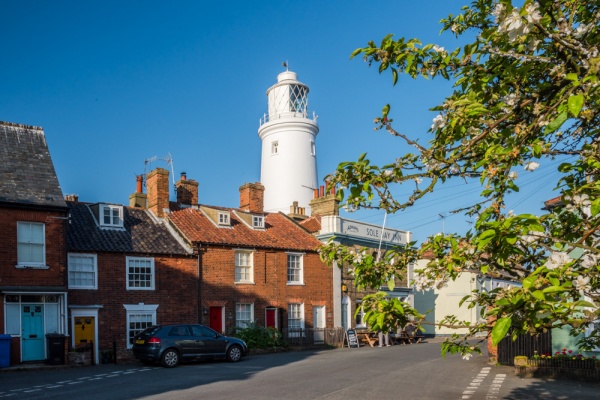 The seaside town of Southwold is best known today as a Victorian resort, with a sandy beach and long amusement pier jutting out into Sole Bay. But though the focus of Southwold today is on the sea, the name itself comes from old English for south wood. The town is on an isthmus, almost an island, linked to neighbouring Reydon by a bridge.

The earliest records of the town come from AD 1020 when Alfric, Bishop of East Anglia, took ownership. In 1044 the Bishop granted the estate to Bury St Edmunds Abbey. Southwold was recorded in the Domesday Book of 1086, but curiously no fishermen are recorded in the survey.

We do know that by 1202 Bishop Sampson of Norwich established a chapel dedicated to St Edmund. That chapel in time became St Edmund's Church, one of the finest medieval churches in East Anglia. The historic highlight is a superb 15th-century screen, but most people come to see the rare mechanical figure known as Southwold Jack, made to strike the hour bell. The 'Jack' is dressed as a soldier during the Wars of the Roses, and is armed with a sword and axe. His sword hand moves to strike a small bell to warn that services are about to start.

The estate of Southwold eventually passed from the Bishop of Norwich to the Earls of Gloucester. 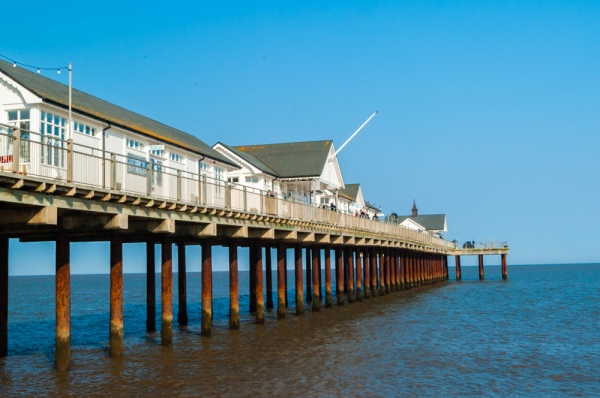 In 1489 Henry VII granted the town a royal charter, with the right to hold two weekly markets and two annual fairs. More than a symbolic act, the charter meant that Southwold could govern itself and was free of direct royal influence.

Just a few years later in 1509 a wealthy merchant named William Godell bequeathed his large estates to the town. In essence this meant that Southwold not only governed itself, it could finance itself as well. This semi-independent status lasted until 1974 when Southwold was absorbed into the Waveney District Council.

A devastating fire swept through the town in 1659 and almost the entire town was destroyed in just four hours. Despite charitable donations from across the country many families were ruined and made homeless. One positive thing to come out of the fire was that when the town was rebuilt it was with large open green spaces to prevent the spread of fire in future. The layout of Southwold is thus an early form of successful town planning.

In the 1750s the British government made Southwold the focus for the 'Free British Fisheries' in an attempt to challenge the Dutch monopoly of the North Sea herring fisheries. Warehouses and wharves were built on Blackshore and a net house was erected on the Common. For twenty-one years Southwold was a booming fishing port, but the harbour proved to have continuing problems with silt and the fisheries died.

A major change in Southwold's fortunes occurred in 1889 when the East Coast Development Company bought a large estate of land from the town corporation and began developing Southwold as a holiday destination. The Company built roads, sewers, and electricity-generating systems, street lighting, and hotels.

Their most famous contribution was the Pier. The top of the pier was give over to 'amusements', in the style of Brighton Amusement Pier. But the Pier also acted as a dock for the Company's Belle Steamers, bringing holidaymakers to Southwold by sea. The Pier is a past winner of Best UK Seaside Attraction by Coast Magazine. 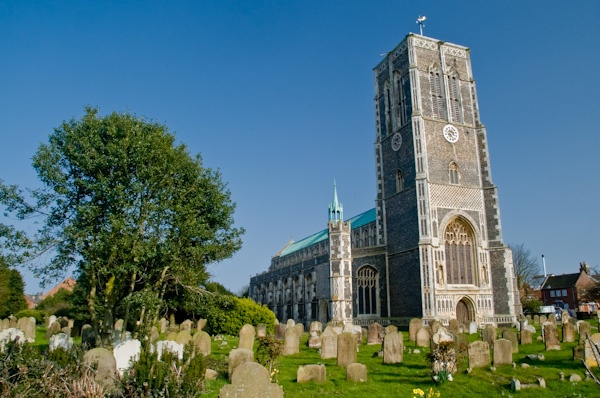 On East Green is Adnams Brewery, established in 1872. Though the brewery is 'only' about 150 years old, it stands on a site where brewing has taken place for at least 670 years. The Swan Inn stood on East Green since the great fire of 1659.

In 1818 the owner of the Swan sold a brewhouse behind the inn to a local maltster named William Crisp, who founded the Sole Bay Brewery. In 1872 George and Ernest Adnams bought the brewery. Poor George decided he wasn't cut out for the life of a brewery owner and left in 1880 for South Africa where he was tragically eaten by a crocodile. But Ernest Adnams carried on, and in 1890 launched Adnams Brewery.

The new company incorporated the Southwold Jack mechanical figure from St Edmund's church into its logo. Today you can tour the brewery and learn more about the history of Adnams and brewing in Southwold. 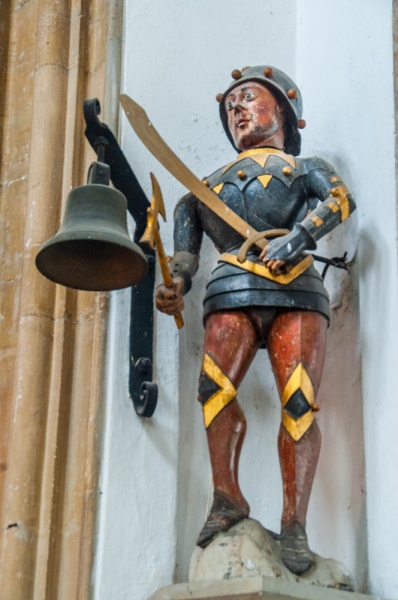 One of the iconic sights of Southwold is the lighthouse, rising above houses on Stradbroke Road. The lighthouse was erected in 1887 by Trinity House, the body that looks after lighthouses around Britain. The round white tower stands 31m high (roughly 102 feet). It was designed by Sir James Douglass and replaced three lighthouses on Orford Ness that were in danger from coastal erosion.

The lighthouse came into operation on 3 September 1890. The first light was an Argand burner, but in 1906 it was replaced by a Matthews oil burner. In 1923 this, in turn, was replaced by a Hood 100mm petroleum vapour burner. The lighthouse was electrified and automated in 1938. In 2012 the Southwold light was made visible 24 nautical miles out to sea. Trinity House organises regular individual and group tours of the lighthouse.

In 1893 the Southwold No. 1 lifeboat, dubbed the Alfred Corry, came into service. Over the next 25 years the lifeboat was called into action on 41 occasions, and saved 47 lives. It was retired from service in 1918, and is now housed in the Old Cromer Lifeboat Shed in the car park on Ferry Road. After going out of service the Alfred Corry was converted by Lord Albemarle into a gentleman's yacht. She was the first British yacht to enter Ostend harbour after World War Two.

The lifeboat shed itself is a historic building, built in 1922 and weighing 52 tons. The shed was had to split in two for transportation from Cromer, then reassembled and repaired. Finally in 1998 it was ready to house the Alfred Corry and open to the public on a seasonal basis.

The Alfred Corry's coxswain for 20 years was Sam May, whose grave is in the churchyard of St Edmund's church. A model of the lifeboat made in 1913 hangs in the church. 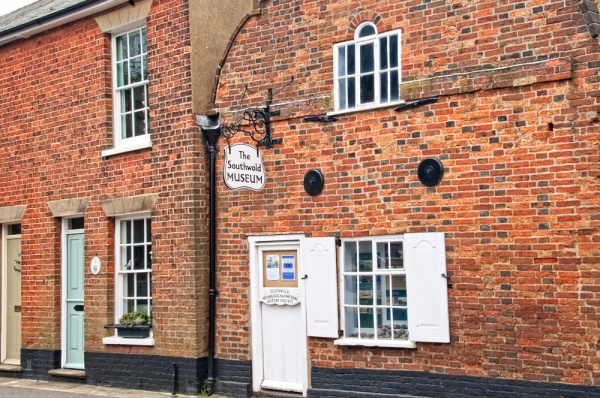 You can explore the rich heritage of Southwold and region at the Southwold Museum on Victoria Street. The museum is housed in a pair of picturesque 17th-century Dutch-style cottages donated to the town in 1932 by Mrs Goddard on condition that they be used for a new museum.

At that time the cottages had just been declared unfit for human habitation and were in a very poor state of repair. The Southwold Archaeological and Natural History Society was formed to restore the cottages. They managed to save most of the original roof beams and create a light and airy space inside the historic cottages.

The museum covers 9 broad themes, including the town's relationship with the sea, natural history, the fishing industry, transport, Southwold at War, Christianity, Industrial Heritage, Arts and Crafts, and Holidays and Leisure. The Southwold at War exhibit is fascinating; for example, did you know that during WWI people in the town could hear the guns firing in Flanders?

The Battle of Sole Bay

One of the Southwold Museum exhibitions covers the naval engagement known as the Battle of Sole Bay.

In May 1672 the English fleet put into Southwold to refit. Most of the sailors and soldiers aboard the warships were busy enjoying some R&R at the local alehouses. Then on 28 May a French frigate sailed into Sole Bay, reporting that the full Dutch fleet was just a few hours behind it. It took the town bailiffs and a drummer boy fully four hours to roust the revelling sailors and soldiers out from the alehouses and back aboard their ships.

Those English ships that could put out to sea did so immediately, under the command of James, Duke of York, and the Earl of Sandwich. The English and Dutch fleets were evenly matched, and the battle lasted most of the day.

The Duke of York, later James II, had two flagships put out of commission under him and had to transfer ships twice, while the Earl's flagship was set on fire. The Earl had to abandon ship, but he was unfortunately drowned while trying to swim away. His body washed ashore some distance down the coast and was only identified by the Star and Garter emblems on his clothing.

The battle raged all day and ended at sunset in a stalemate. Both sides lost two ships, while the Dutch suffered some 1800 losses and English roughly 2000. Both sides claimed victory, but in reality, the battle decided nothing. Things might have gone quite differently had the French fleet engaged in support of their English allies, but the French stayed clear of the conflict and sailed south down the coast rather than join the fray.

On St Bartholomew's Green stands the town's war memorial, dedicated to the 72 residents who fell in action. But it was not only soldiers who were killed during wartime; the town was hit by numerous bombing raids during WWII. Thousands of houses were destroyed, and 13 people killed.

There is a large paid parking area off North Parade, but you can usually find parking along residential streets if you don't mind a bit of a walk to the shore. Our family have visited Southwold several times and really enjoy the mix of traditional Victorian seaside resort mixed with pockets of historic buildings, and of course, the lovely sandy beaches. 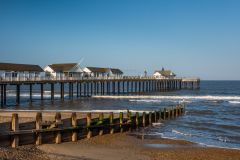 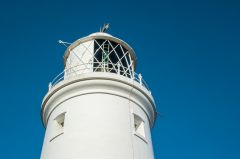 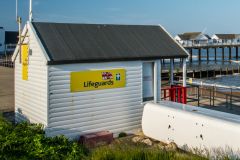 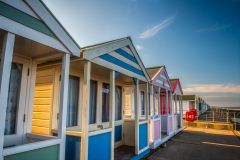 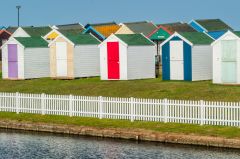 More self catering near Southwold

More bed and breakfasts near Southwold