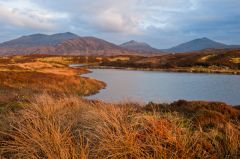 You can pretty much divide South Uist in two, on a vertical axis. To the east are high hills and few settlements, while to the west are flat, low-lying fields stretching to wide sandy beaches along the coast.

Much of the west coast is machair, sandy grassland that provides a wonderful habitat for wading birds. And, oh, the beaches! Mile after mile of white sand, the like of which would have any Mediterannean resort envious. But unlike the Med, you won't find crowds of people here; indeed your only company on many of South Uist's beaches will be seabirds flying overhead.

On the subject of birds, South Uist is home to Loch Druidibeg nature reserve, a marvellous expanse of inland lochs and hills that is home to a large population of greylag geese. There are self-guided circular walks through the reserve, but even if you just drive along the solitary road into the heart of the reserve you can't help but be impressed by the wonderful Highland scenery.

The west coast of South Uist is dotted with historic sites. At the southern tip of the island, a solitary standing stone looks over the beach at Pollachar, while the western slopes of the hills are dotted with chambered cairns, notably at Frobost and Mingarry.

Just a mile or so from the Mingarry cairn is the ruined cottage where Flora MacDonald spent her childhood years (it is probably not her birthplace, as the sign on the A865 says). A few miles away is Ormacleit Castle, built in the early 18th century and just as quickly burned down.

Further north is a marvellous set of ruined chapels at Howmore, on a site that may date back to the earliest years of Christianity in Britain. The machair along the west coast is home to numerous ancient sites, including recently excavated roundhouses at Cladh Hallan, and a wheelhouse at Kilpheder, while near Bornais is Dun Vulan, an atmospheric Iron age dun on a spit of land jutting out into the sea. The Kildonan Museum tells the history of these sites and explores the heritage of the Western Isles and its people. Much more modern, but perhaps just as representative of the island's heritage, is the huge statue of Our Lady of the Isles, near Kildonan.

Getting about
South Uist is joined by causeways to Benbecula in the north, and to Eriskay in the south. The main settlement of Lochboisdale serves as a ferry port with connections to Barra and Oban on the Scottish mainland.

Quick Links to our favourite Historic attractions on South Uist:

Other bits and bobs we enjoyed: 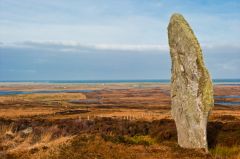 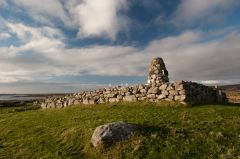 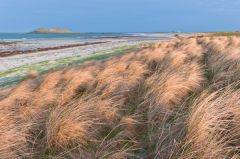 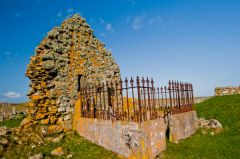 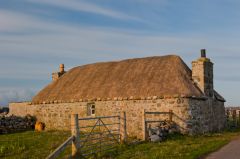 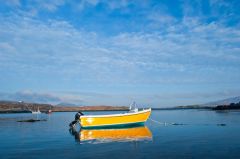 Bickleigh Castle is one of the most romantic settings for holding your dream wedding, at any time of year with all of the magic and splendor that you are looking for at a price you …