David I was the third son of Malcolm III and St Margaret to rule Scotland. When his brother Edgar died in 1107 he gave David control of all his lands south of the Forth-Clyde isthmus. Lands to the north were ruled by his brother Alexander. David was also one of the largest landowners in England, acquiring the earldoms of Northumbria and Huntingdon by marriage.

His strong Anglo-Norman upbringing encouraged him to promote feudalism into his new Scottish territories. He also granted large estates to his Norman barons, further strengthening the ties between Scotland and England.

Administrative Reform
David introduced many legal and administrative reforms that helped create a better way of life for his subjects and encouraged the growth of trade. He appointed judges, who were not based on one place, but rather, travelled around the kingdom to dispense justice. David created an administrative system of officials to help him run the country.

Among these were posts that would later become commonplace, including that of Chancellor and Steward. David introduced a standardised system of weights and measures that applied across his kingdom. He minted the first Scottish coin, and instituted rules to officially record all taxes and expenses.

When his brother Alexander died, David took control of his lands, thus uniting Scotland under one ruler again. He was able to extend the feudal system throughout the whole of his territories and create an even stronger Norman-style culture to Scotland.

David established cathedrals, abbeys, and other churches throughout his realm, and made sure the Scottish church followed the English model of bishoprics under control of the crown.

Despite David's strong English ties, all was not smooth sailing between Scotland and England. David twice invaded England, and tried to gain concessions for his claims to Northumbria from both King Stephen and Empress Matilda during the Civil War between the two.

David finally died in 1153, and the throne passed to his grandson, Malcolm IV. 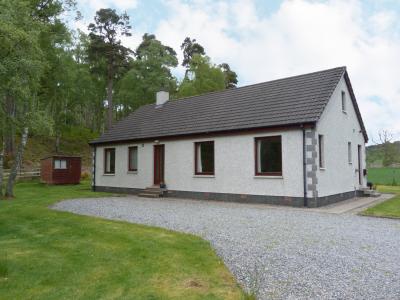 This charming bungalow situated in the heart of the Scottish Highlands on the outskirts of the village of Grantown-on-Spey.
Sleeps 6

This first floor apartment is in the village of Findhorn and sleeps four people in two bedrooms.
Sleeps 4