When his father, James IV, died at the Battle of Flodden in 1513, James V was not yet 2 years old. The Duke of Albany was appointed Regent. Unfortunately, Albany was also needed to help the Scottish war effort in France, and on one of his frequent absences, the young king was seized by Archibald Douglas, Earl of Angus, who had himself named Guardian of the Realm.

Douglas gave most of the important positions at court to his own relatives. However, in 1528 James escaped. He raised an army and besieged Douglas at Tantallon Castle, near Berwick. Douglas was captured and exiled with his family to England.

James did what he could to break the power of the great nobles of the Borders region, and tried to bring some measure of peace to the always troublesome Highlands. Throughout these efforts to break the power of his barons James earned the respect and admiration of the poorer classes; he became known as the Poor Man's King. He was occasionally given to wearing peasant clothing and riding about the countryside in disguise, seeing that his people were happy and well-cared for.

James married Madeleine of France in 1537, but his new wife died shortly after arriving in Scotland. James married again, this time choosing as his wife another French heiress, Mary of Guise.

Though James might have been popular among his poorer subjects, the nobility was not so enamoured of their king. James taxed them heavily and suspected that many were plotting behind his back. He was probably right.

Henry VIII launched another attack on Scotland, burning and looting the Border region. James raised an army and marched to meet the English in battle at Solway Moss. Unfortunately, the king fell ill on the eve of the battle and command was entrusted to Oliver Sinclair. Solway Moss was an unmitigated disaster for the Scots; many Scots simply surrendered, having no desire to fight for a king they distrusted. Many more simply ran away, never offering a fight.

James did not live long to suffer the indignity of his army's defeat. He died at Falkland on 14 December 1542, just days after the birth of his daughter Mary, who would become known to history as Mary, Queen of Scots. 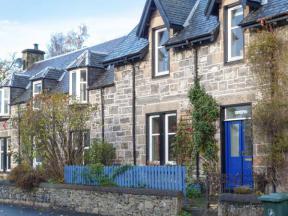 This terrace cottage is situated in the town of Kingussie and sleeps four people in three bedrooms.
Sleeps 4 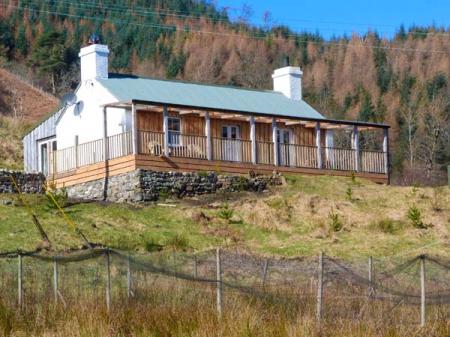 This detached cottage is in the tiny village of Letterfearn, 12 miles from Dornie and sleeps four people in two bedrooms.
Sleeps 4